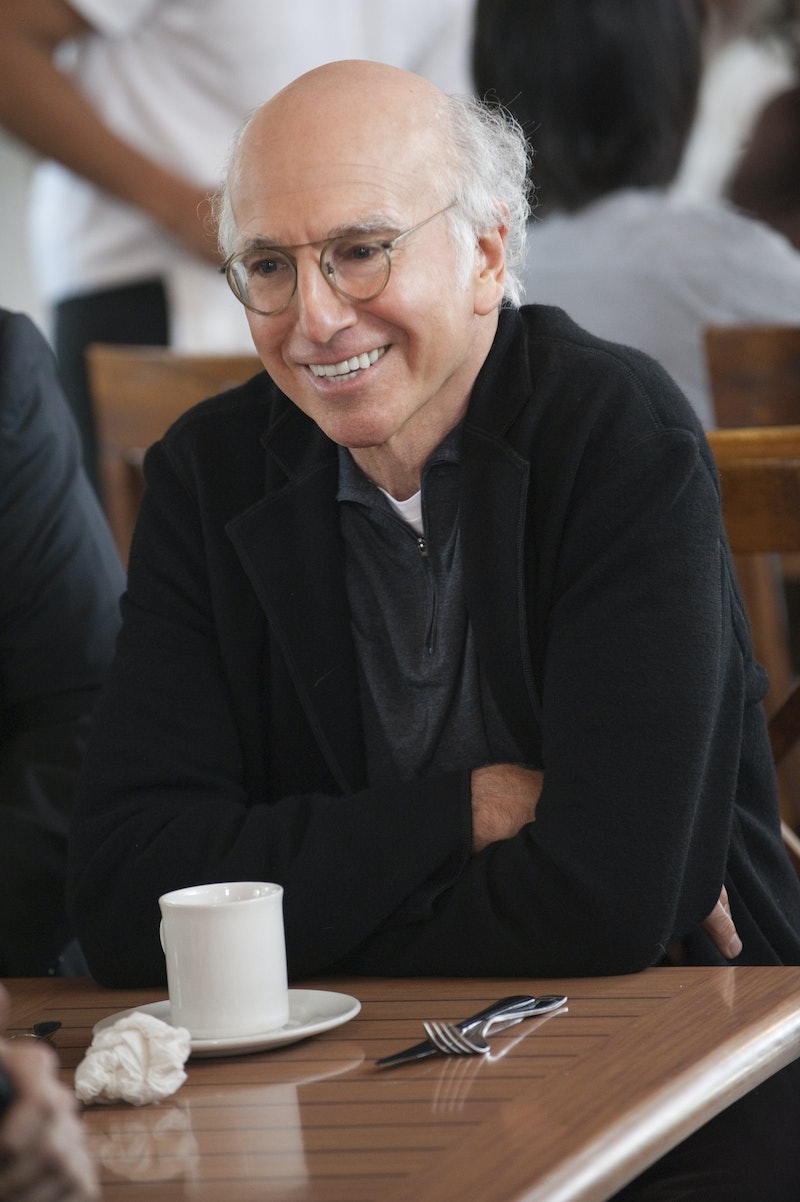 The comedy gods are hearing us loud and clear today. After five whole years without Larry David and his hyperbolized and hilarious version of himself, the comedic genius has finally come around. Today, HBO announced that Curb Your Enthusiasm will return to the network for a ninth season — and, considering the last time the show hit the airwaves was Season 8 in 2011, it's huge news. For a minute, they had us all worried. Back in 2011, the network told audiences it was "cautiously optimistic” that the actor and executive producer would return for another season. But when asked why he made the decision to return to HBO, he said, “In the immortal words of Julius Caesar, ‘I left, I did nothing, I returned.’”

But did you really think David would leave us all out here deserted, alone and in dire need of his comedy? I mean if it were up to me, Seinfeld would still be running, but that’s neither here nor there… Curb is HBO’s longest-running series in the scripted comedy or drama category, and rather than wondering where David has been for the last five years (OK, to be fair to him, he was creating an awesome Broadway play), I’ll just thank my lucky stars he’s coming back. Speaking of back, where will David and the crew be when the return? Will he still be single? Will they return to LA? While you’re patiently awaiting for this epic comeback, allow the most Larry David-y quotes from the show to maybe, sort of hold you over.

“I’ll Have A Vanilla… One Of The Vanilla Bullsh*t Things. Latté, Cappa Thing — Whatever You Got!”

When another day goes by and the premiere hasn’t happened yet.

When your roomie wants to chill but you seriously need to binge Seasons 1-8 right now.

"She’s Told The customer Is Always Right. And, In Fact, The Customer Is Usually A Moron And An Assh*le.”

That time the cashier at Stop & Shop won’t take off the coupon for your popcorn. Which would’ve been consumed during binging, btw.

“You Like Saying [LOL], Don't You? If You Were Going To Laugh Out Loud, Why Aren't You Laughing Out Loud? Why Say It, Why Not Just Laugh?"

When you’re quoting Curb with your friend and they do it all wrong.

“I Find Human Contact Repulsive! I Know You Think I'm Kidding, But I'm Not!"

When you’re watching those people making out on the subway when you should be watching Season 9.

Mood after getting that binge fix in when you’re truly unstoppable.

Before Season 9 rolls around, you’ll still be exercising YOLO mentality to the fullest.

“I'll Give You 10 Dollars For A Verbal Response. Ten Dollars. Anybody Want To Make 10 dollars And Respond Verbally? No?”

When you think someone may have an inkling of when the show comes back and you need answers immediately.

“You Know What? There's A Jet Stream Of Bullsh*t Coming Out Of Your Mouth, My Friend. You Are Busted, Buddy!”

If someone tries to give you the insult of a lie that Season 9 is returning before it’s actually supposed to.

What you need to tell yourself at night to know David isn’t abandoning you.

More like this
The First Trailer For 'That '90s Show' Includes So Many Nods To The Original Series
By Jack Irvin, Alyssa Lapid and Grace Wehniainen
Elizabeth Debicki On Her Approach To The Most Debated Scene From 'The Crown'
By Grace Wehniainen
Matt Smith Proves He's Daddy Daemon In This Viral 'House Of The Dragon' Video
By Marina Watts
Another 'Sex Education' Star Has Joined The 'Doctor Who' Franchise
By Darshita Goyal
Get Even More From Bustle — Sign Up For The Newsletter