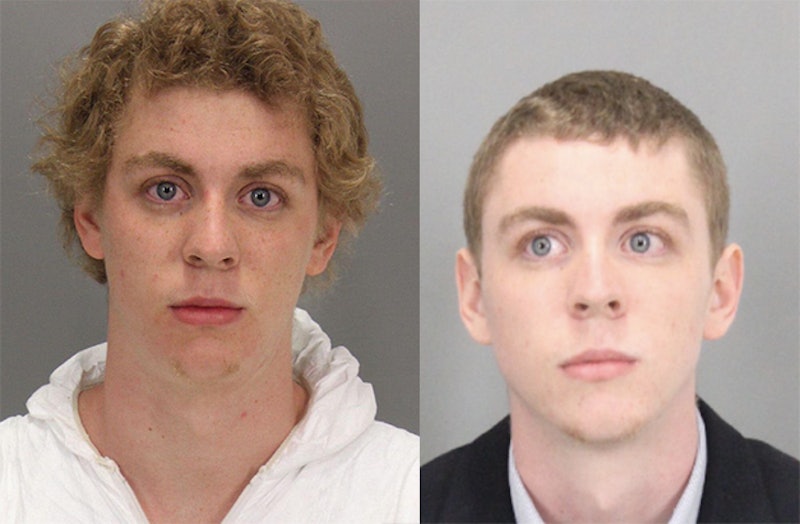 Questioning his fairness, the Santa Clara District Attorney's office confirmed Tuesday that Aaron Persky, the judge from the Brock Turner rape case, was removed from another sexual assault case. District Attorney Jeff Rosen, in a written statement, called the move "a rare and carefully considered step" for the DA's Office. It's also a surprise given the DA's initial statement that he did not believe Judge Persky should be removed from his judgeship after Turner's six-month sentence was delivered.

The change of heart comes after Judge Persky abruptly dismissed a case Monday before a jury could even deliberate, something the DA called disappointing and puzzling:

After this and the recent turn of events, we lack confidence that Judge Persky can fairly participate in this upcoming hearing in which a male nurse sexually assaulted an anesthetized female patient.

The case in question saw a Kaiser Permanente nurse accused of sexually assaulting a patient that had been sedated. The nurse has been charged with "one felony count of sexual battery of a hospitalized person" for allegedly touching the patient's genitals and breasts. Stacey Capps, the DA office's chief trial deputy, said, "It is one of those situations where we think the victim is particularly vulnerable," drawing a parallel to Turner's victim.

DA Rosen also acknowledged this may not be the last time they pursue this route of filing a peremptory challenge, which automatically prevents the judge from overseeing a hearing. "In the future, we will evaluate each case on its own merits and decide if we should use our legal right to ask for another judge in order to protect public safety and pursue justice," he wrote.

This is just the latest part of the backlash following Turner's sentence, which enraged countless Americans after a letter by the victim went viral. The judge said he decided on such a lenient sentence due to the rapist's clean criminal history, age, and that a longer prison sentence "would have a severe impact" on him. The victim countered, in the eloquent letter, that the judge "should not create a culture that suggests we learn that rape is wrong through trial and error."

The judge was up for reelection this year but no one ran against him and the election was cancelled. He started his new six-year term last Tuesday. That hasn't stopped activists from trying to oust him. More than 1.2 million people have signed a Change.org petition asking for his ouster. Then there are hundreds of thousands more at sites like MoveOn.org and the White House's We The People page.

Another group gathered signatures in person to deliver to the California Commission on Judicial Performance, the agency that investigates judicial misconduct and disciplines judges in the state. The organization, UltraViolet, said it collected more than 824,000 petitions. To officially recall the judge, 58,634 voters specifically from Santa Clara County have to sign a petition.

Stanford law professor Michele Dauber told USA Today that will definitely happen. "His victory will be short-lived," she told the paper. "I am 100% confident we will recall him. His decision hit every woman in the state of California in the gut." Dauber started an official recall website in order to raise money for his ouster.

The case that Persky dismissed Monday was not a sexual assault case. It was, however, his first following the Turner case. Many potential jurors — at least 10 — refused to serve citing Persky's lenient sentence for Turner, but the jury was ultimately selected and the prosecution presented its case against a women who was accused of stealing mail, including credit card promotional checks that were found in her purse.

After the prosecution finished, the defense moved to have the charges dismissed. Usually they are not granted — perhaps one out of every 75 misdemeanor cases, James Leonard, the supervising district attorney of the misdemeanor team told the San Jose Mercury News. The defense team, however, defended the ruling and said Judge Persky was just doing his job, and questioned whether prosecutors weren't reacting in part due to their anger of his sentencing of Turner, the paper reported.

This was the second time Judge Persky was in the news Tuesday. A juror penned a letter to Persky condemning the judge for his light sentence. He said he was absolutely shocked and appalled and accused the judge of not accepting the jury's verdict. "I am afraid that it makes a mockery of the whole trial and the ability of the justice system to protect victims of assault and rape," he wrote in the letter, which was delivered to the judge over the weekend and then published in the Palo Alto Weekly on Tuesday.