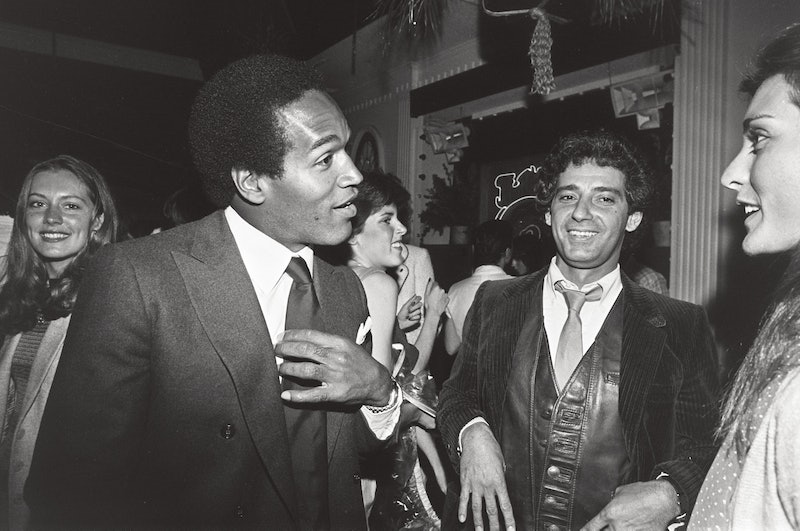 Back in 1994, the Los Angeles neighborhood Brentwood had almost become a character itself in the O.J. Simpson murder trial, in which he was ultimately acquitted of charges in the deaths of Nicole Brown Simpson and Ronald Goldman, but later found liable in civil court and ordered to pay $33.5 million in damages to their families, according to The New York Times. During the trials, Brentwood took center stage in every timeline and its highlighted locations — like Nicole's condo and the O.J. Simpson-frequented restaurant Mezzaluna Trattoria — became trial landmarks, a topic that will most likely be covered in ESPN's documentary series O.J. Simpson: Made in America. So, is Mezzaluna Trattoria still open? As a current resident of L.A., I've driven by there recently and the restaurant is now closed. Its location on San Vicente Boulevard is now a Peet's Coffee and Tea shop.

Brentwood in 2016 is an elegant neighborhood with hip and expensive eateries, coffee shops, yoga moms, spin class spots, beautiful houses, and apartment buildings, and some parking, if you can get it. Let's flash back to the '90s. Mezzaluna Trattoria was a regular dinner spot for O.J. and Nicole even after they broke up, O.J. said in an interview with journalist Ross Becker. In 1994, Mezzaluna was the Brentwood Italian restaurant where Nicole had dinner before she and Mezzaluna waiter Goldman were murdered at her condo on Bundy Drive, according to a CNN timeline. After O.J. was acquitted of both murder charges in October 1995, the LA Times reported that there were "Guilty" signs hanging outside on the trees by Mezzaluna, and the then-general manager of restaurant said she saw about 50 of the "guilty" placards hanging.

Back on June 12, 1994, Nicole and her family enjoyed dinner at the once-hip eatery at around 6 p.m. and they had ice cream afterward, according to the CNN timeline. At 9:50 p.m., Goldman left Mezzaluna to deliver the lost prescription glasses that Nicole's mom Juditha had dropped outside of the restaurant — and that was the last time manager Karen Crawford saw him, according to The Philadelphia Inquirer. Crawford testified during the 1995 murder trial for the prosecution and identified Goldman's clothing from that night, as presented by prosecuting attorney Marcia Clark, reported The Philadelphia Inquirer.

In 1997, the Los Angeles Times reported that Mezzaluna had closed, because business had suffered due to "the media and star-gazing frenzy" that came from O.J.'s murder and civil trials in the '90s. "Do you think you'd want to eat outside this restaurant when you had 5,000 tour buses coming by each day, people craning their necks and leering out the window to see what you were eating?" Mezzaluna lawyer Bert L. Rogal told the newspaper in 1997. "The place wasn't a restaurant anymore. It was a circus."

According to the LA Times, the restaurant auctioned off the pieces of its former life, and O.J. memento seekers were all about buying the Mezzaluna menus, paintings, and more, so they could have a piece of '90s history — and even before the closing and the auction, patrons were walking out with silverware and matchbooks as souvenirs, according to the Times. It was all part of a public fascination with the restaurant where Nicole ate her final meal.

And, while the restaurant may be long gone, the memory of Nicole, Goldman, and the murder trial still lives on.