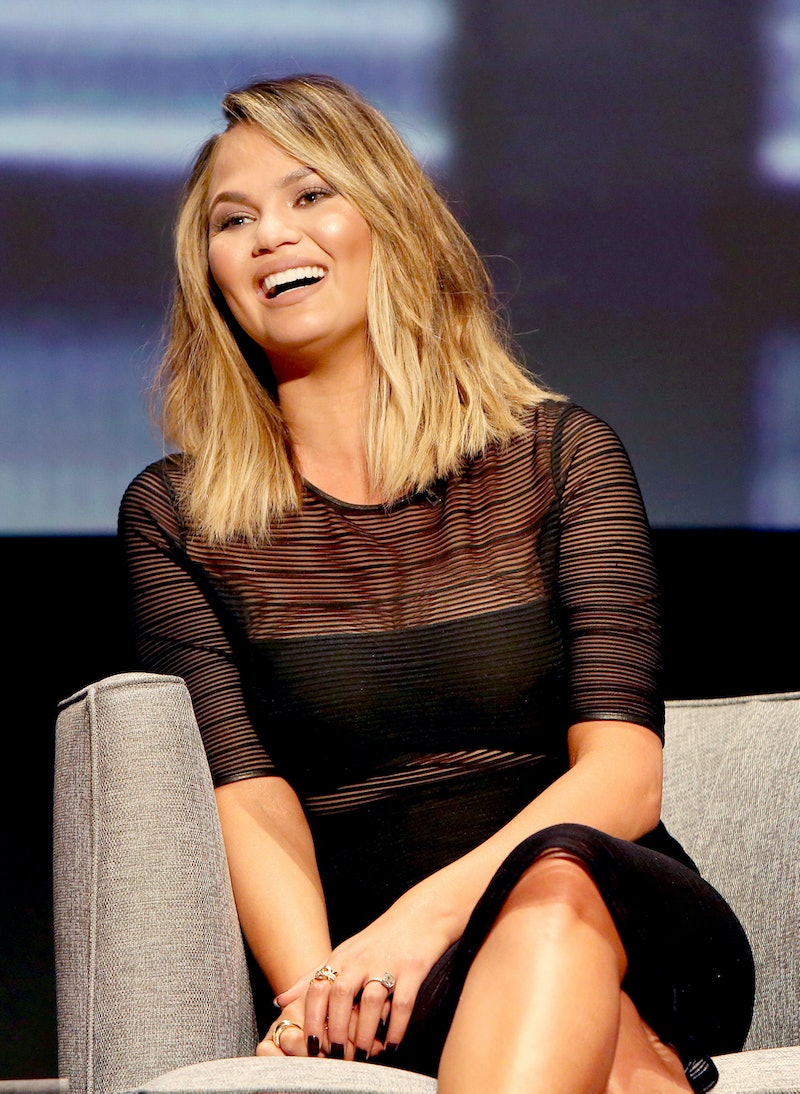 Chrissy Teigen, ladies and gentleman. New mom, all-out powerhouse, Twitter legend, and Donald Trump hater. On Tuesday, which happened to be Trump's 70th birthday — which, as it happens, means he would be the oldest U.S. president yet if elected, but it's funny how nobody's mentioned that when discussing Hillary Clinton's age, eh? — Teigen shared a photo of Trump on Instagram with a couple of choice words: "Happy birthday, you monumental asshole."

Teigen and her husband, John Legend, have been open about their contempt for the GOP's presumptive presidential nominee. Back in December, when Trump tweeted, "Will be meeting on Monday at Trump Tower with a large group of African American Pastors. Many I know-wonderful people! Not a press event," she Tweeted in response, "@realDonaldTrump so don't tweet about it you twat." Trump promptly retweeted a critique of Teigen from a follower, which described her as a "trashy gutter mouthed woman... Can't hold a candle 2 Melania Trump."

"lol," Teigen responded, "Poor melania doesn't need to be dragged into this. She goes through enough already." She added: "ok trumpers let's get one thing straight, we both married well and pose half naked, I'm not alone in this." And you thought you couldn't love Teigen more.

Legend has also made his distaste for Trump clear. Both he and Teigen have mastered the art of the Twitter comeback. (Ready yourself for the day Luna gets on Twitter. It's going to be spectacular.)

In an interview at Variety's TV summit this week, Legend directly addressed Trump. "We are in a moment now where we have a major candidate for office that is being very racist and divisive," he said. "I feel the need to call that out all the time, because I don’t want us to feel like it’s impossible for our nation to go back to another dark place."

“We, as people who believe in equality and diversity and believe that every human being in this life matters, we need to be vigilant in making sure that we don’t elect leaders who are contradicting that belief," he added.