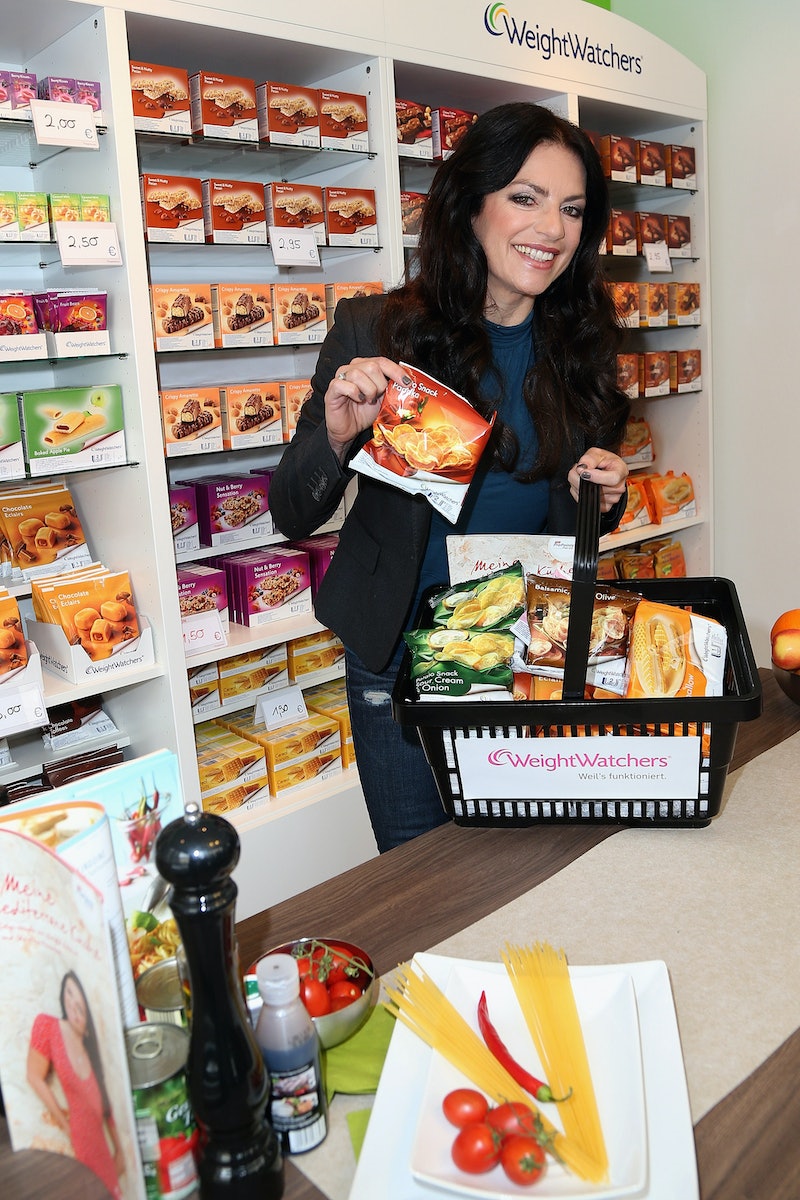 Low-carb, low-fat, gluten-free, natural, organic — there's no question America is obsessed with food. Health experts are always on the lookout for the latest trend and improvement, regulating what's in our diet and how much of it we should really have. This week, the Food and Drug Administration announced a proposal to nutrition labels to reflect this decade's idea of healthy: The overhaul emphasizes calorie counts and added sugars, and deemphasizes calories from fat, since we now know that some types of fat are actually good for us.

We've come a long way from the days of TV dinners, but how did we get here? Here's a brief history.

The ideal in this decade was for middle-class women to get married and assume their "proper place" as housewives and mothers. Home economics classes were widely popular, teaching women and girls to be domestic.

Nutritional advice in the 1950s mainly focused on sources of protein, with heavy reliance on animal sources. Eggs, milk, and poultry were said to be needed each day and in most meals. Whole milk? You need several glasses. Ice cream? It's necessary. "Rich, golden butter?" Bring it on. Paula Deen would have had a field day.

The '60s brought global tension and spurred a counterculture on all fronts: arts, music, religion — and yes — health. The counter culture turned its back on the commercially-packaged, mass-produced foods of the previous decade. A "new wave" of food co-ops appeared, providing an alternative to factory farms and corporate grocery chains. Debates over the effects of synthetic chemicals found in foods also emerged following the 1962 publication of Rachel Carson's Silent Spring.

Nutritionists encouraged Americans to consume less calories and avoid foods containing high levels of fat, cholesterol, sugar, and salt. Government nutritionists also began to criticize traditional ubiquitous foods such as beef, eggs, and butter, saying they could be to blame for the spread of diseases.

Curves were still a prized possession, but Weight Watchers hit the scene for the first time in 1963, helping to launch America's obsession with health and dieting.

Famed nutritionist Adelle Davis gained prominence in the 1970s. Known as the "first lady of nutrition,” Davis became known as an advocate for unprocessed foods and vitamin supplements, and helped to introduce the dangers of hydrogenated fats saturated fats and excess sugar to the American public. Natural, additive-free foods were in demand, with an emphasis on unprocessed ingredients. The organic food movement also emerged, as more local stores began carrying organic produce.

The 1970s also saw the rise of diet crazes: Dr. Robert Atkins became known in American households, advocating a high-fat diet for weight loss with his book, Diet Revolution. Slim-Fast was introduced in 1977. And let's not forget the Cookie Diet, created by a doctor who says his snacks have a "secret mixture of amino acids." The program in which dieters eat cookies all day to lose weight is still used by celebrities today.

The 1980s: Jazzercise, Aerobics, and Low-Fat Everything

This decade birthed fitness mania, as neon-clad junkies stepped, stretched, and jazzercised their way to health. Aerobics were all the rage, and fitness icons like Richard Simmons and Jane Fonda rose to fame. America was getting in shape, one leotard at a time.

Nutritionists also started shifting their focus to dietary fat. Two major reports identified dietary fat as the single most important change necessary to improve health, and the Department of Health and Human Services and Department of Agriculture published Dietary Guidelines for Americans for the first time. Among the tips: avoid too much fat, saturated fat, and cholesterol. Nutritionists also stressed a variety of foods from the major groups and stressed an "adequate" amount of starch and fiber.

The 1990s: The Food Pyramid, Nutrition Labels, and Low Carbs

Think the food pyramid has been around forever? Then you're probably under 30.

Americans turned to the food pyramid for a balanced diet after its initial release in 1992. While it became the nutrition symbol for the United States, ironically, nutritionists argued that the pyramid encouraged obesity by telling people to eat several servings of grains.

The Nutrition Labeling and Education Act required labels on most foods regulated by the FDA, and gave us the nutrition facts we know today.

The preoccupation with low-fat products continued, with fast food chains introducing options like the McDonald’s McLean Deluxe burger. Dr. Atkins also made a revival, and counting carbs became a thing.

Experts, industry officials, and everyday citizens started to see the effects of obesity in the country in the 2000s. The decade was home to diet crazes like the South Beach Diet, which focused on "good carbs" and "good fats," and more intense routines like the Master Cleanse. Even Queen Bey admitted to losing weight on a liquid diet.

Aside from our obsession with dropping the pounds, Americans were also taking a closer look at what they were consuming. Books like Fast Food Nation: The Dark Side of the All-American Meal examined processed products came out to raise awareness.

We also found a new enemy: trans fat. In 2006, trans fats gained a place on nutrition labels after research found correlations between the fatty acids and higher rates of heart disease.

So far, this decade has called for cleaner, more sustainable food. "Foodies" have emerged, including author and professor Michael Pollan who published popular reads like The Omnivore’s Dilemma and In Defense of Food.

Consumers are calling for more transparency in terms of where our food comes from, which has prompted actions like Country of Origin Labeling, or COOL, for fresh meat. There's also now an increasing amount of information about pesticides and genetically modified organisms in our food.

In terms of trends, we're now seeing more of the term "gluten-free," targeting a protein found in wheat, rye, barley, and crossbred grain hybrids. Like other health movements in the past, celebrities aren't hesitating to advocate gluten-free, paleo, and vegan diets.

Whether these trends are here to stay is questionable, but it does seem many Americans are attempting to pay greater attention to their health. Just ask our First Lady: