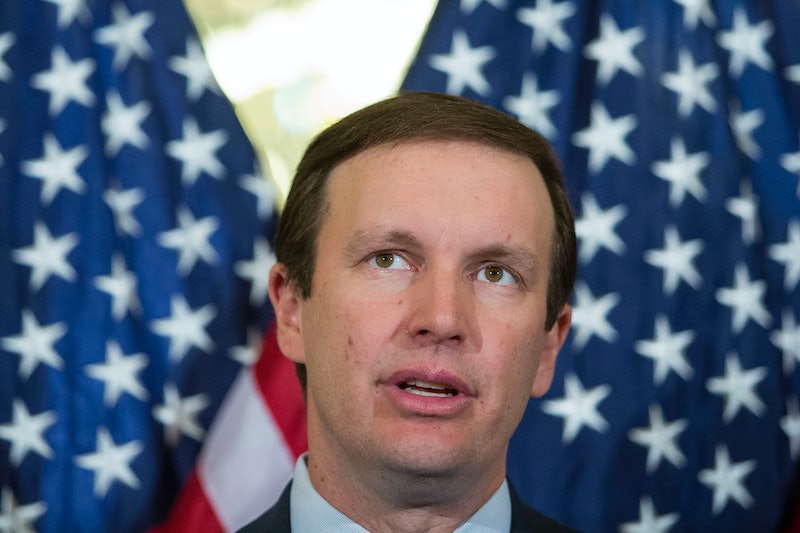 Will Congress finally take action to effectively prevent gun violence? It may be far too soon to answer that question, but at least 40 Democratic, Independent, and Republican senators are hoping they can get one house on the right track. The group of senators launched a filibuster-style debate on the Senate floor on Wednesday, but to have any real impact, they could use voters' support of the filibuster and gun control to make their point.

The debate started just before 11:30 a.m. Eastern time, when Sen. Chris Murphy, a Democrat from Connecticut, took the floor to discuss a gun amendment that he had proposed to a spending bill that the Senate was set to vote on. The bill regards spending for commerce, science, and justice, but Murphy wants to prevent a vote until his house can come to some sort of conclusion on how to move forward with gun control. The debate will continue until Murphy yields the floor or breaks one of the debate rules. He cannot sit down or leave the room — even for a bathroom break — if he wants the debate to continue.

Murphy wasn't the only voice heard in the room on Wednesday, though. Although he refused to yield the floor, he took questions from his supportive fellow senators. The "questions" really turned into each senator's own Orlando-related speech, but Murphy likely welcomed the break. Another welcome voice to the senators in Washington, D.C., was that of the American people.

The Brady Campaign to Prevent Gun Violence has made it unbelievably easy for citizens to contact their respective senators and to voice their opinions on gun control. During the filibuster, Americans can call the Brady Campaign at the number in the tweet above (855-331-8595) to get connected with their senator. The campaign encourages voters to leave messages for their senators so that the senators will, in turn, support the filibuster and the cause for gun control.

In addition to calling, the Brady Campaign has also encouraged visitors to its website to sign a petition to require background checks on all firearms purchases. Voters can also enter their cell phone numbers to receive a text with their senator's phone number.

At least 40 senators joined Murphy in the congressional chambers on Wednesday to participate in the filibuster. Members of the House of Representatives, although unable to participate, also supported the cause by flocking to the Senate, sometimes bringing snacks or drinks for the senators. The filibuster showed no indication of slowing down overnight on Wednesday, continuing a long overdue conversation about guns in Congress.