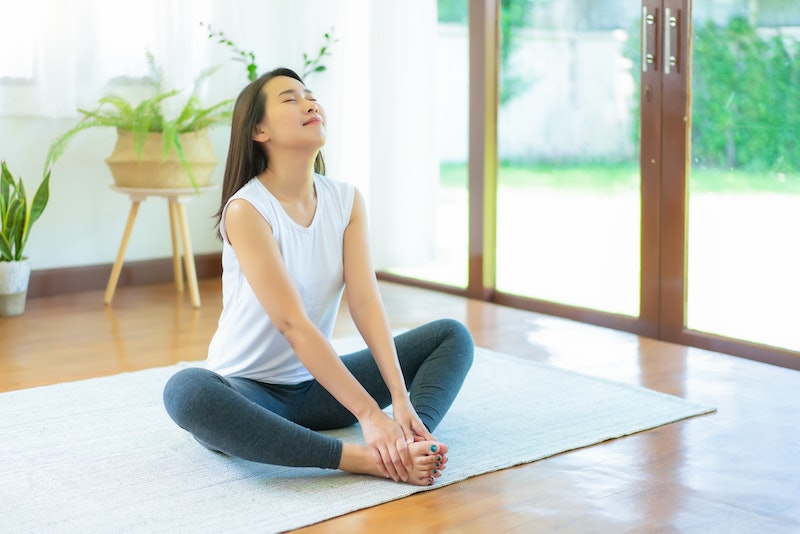 Every time somebody tells you to slow down your breathing, or asks if you're upset because you're huffing like a pug, they're tapping into decades of research about the link between human respiration and emotion — and it turns out that it goes deeper than we may think. Our breathing can make us feel different things, shape our memories, categorize our emotional responses, and even reveal our deepest feelings through chemical analysis.

For all the popularity of mindfulness meditation, breath has actually fallen in medical estimation these days. In the opinion of Galen, the Greek physician, pneuma, air or breath in the veins, was responsible for all aspects of bodily health, contributing to the "spirits" that regulated organs and circulation; and his way of thinking persisted for thousands of years. We now often look at respiratory processes as purely mechanical (oxygen comes in, carbon dioxide flows out), but it turns out that the body's breathing mechanism is related to emotional responses in ways that are both intuitive and deeply fascinating.

Here are five ways in which emotion and breathing influence one another. Yes, you will now be paying attention to your breathing all the way through this article. No, I am not sorry.

Respiration's ties to emotional states are particularly prominent when it comes to the "negative" side of the spectrum: sadness, anxiety, even rage. This makes perfect sense for the body: if you're in a situation of stress, emotionally or otherwise, the body enters what's called an "arousal state," where higher respiration provides more oxygen to help fight or flee whatever's causing the disturbance. We often don't have a lot of conscious control over this, as it's part of the autonomic nervous system.

Interestingly, according to an overview of the science of emotion and breathing published in Experimental Physiology in 2008, there are multiple ways in which this relationship shows up. It turns out that our breathing patterns change even if we're just shown photographs that induce emotional responses, or listen to pleasant or unpleasant sounds. And studies have shown that the more anxious you are, the higher your respiration rate is likely to be. And, according to a landmark study in 1968, this applies when you're speaking, too: respiration rates increase in many people while they're speaking when they're anxious, afraid, or furious. The study also pointed out that breathing patterns tend to be less "regular" in those states, too.

2. Your Breathing Patterns Can Alter Your Emotions

The relationship between emotional states and respiration isn't just one-way. For all the New Age-ness of the idea that breathing patterns can regulate our feelings, science actually backs up the entire concept. A 2006 study published in Behavior Response & Therapy found that undergraduates who'd undergone 15 minutes of focused slow-breathing exercises had much more balanced, positive emotional responses afterwards than a control group who'd had 15 minutes of "unfocused attention and worrying".

And it's not just about calming down. A much-cited study by French scientist Pierre Phillipot asked participants to identify the breathing patterns they associated with particular emotions like joy or sadness (which they did easily). The researchers then asked another group of people to breathe in particular "patterns" and then probed their emotions. The results were fascinating: if the subjects were directed to breathe in a certain emotional "pattern," even if they weren't aware of it, they reported feeling the associated emotion, apparently out of the blue.

Fascinatingly enough, the emotional impacts of slow breathing appear to go beyond calm and peace into actual pain reduction, at least in certain subjects.

In 2010, a research study was published where women in their 20s, who either had the chronic pain condition fibromyalgia or were healthy, were given mild to moderate doses of pain while breathing very slowly. The sensation of pain appeared to be reduced for healthy women, particularly in response to intense pain, but, interestingly, the results weren't really replicated in the women with chronic pain. This gives us a few interesting ideas: one is that slow breathing may be a very good idea if you're going through something agonizing, and the other is that it's not a good recommendation for people with underlying pain conditions.

4. Your Breath Emotionally Responds To Smells

Breathing isn't just about taking oxygen into the body and exhaling carbon dioxide; it's also how we receive odors — and those have very strong ties to emotion and respiration rate. Studies have shown that the body responds to good and bad smells by breathing differently: if you encounter the smell of rot or decomposing eggs, you start to breathe as shallowly and rapidly as possible, while scents like roses and baking bread lead to long, slow breaths. The really interesting thing about this, though, is that the breathing rate actually changes before the brain consciously registers that a smell is nice or awful.

According to an examination of the phenomenon at Scientific American , the emotions we pair with scents and smells are highly associative: we first start learning about good and bad smells in the womb, and throughout our lives our brains refine our perspectives on the threats, pleasures and emotional rewards contained in various odors. Breathing deeply is an indication that something is regarded as "safe," and kicks off the associated pleasurable emotional state. It's like a smell feedback loop.

This one's the newest thing in the study of breath and emotion, and it's fascinating. It turns out that what we exhale also has a role in our emotional responses, and that chemically analyzing exhalations can determine how a person is feeling. According to research published this June, the chemical composition of air in soccer stadiums varies wildly whenever people start to cheer, and the same's true in movie theaters. The researchers studied 9,500 people watching 16 different films, from rom coms to horror, and looked at whether air composition changed during particular scenes that were extra suspenseful, romantic, or emotional in any way.

The answer? It did. Suspenseful moments showed upticks in CO2 and isoprene, a chemical associated with the tensing of muscles. Every emotional type had its own chemical composition, so you could track the emotions of the moviegoers just by looking at the chemicals in their breath. Expect this to be the future of movie focus groups.

More like this
This Psychological Effect Might Be Keeping You From Hitting Your Goals
By Lexi Inks
Wondermind Just Launched A Site That's All About Supporting Mental Health
By Carolyn Steber
It's A Pleasure #53: Help! My Boyfriend Won't Tell Me Why He Stopped Going Down On Me
By Sophia Benoit
Kourtney Kardashian Says She “Loves” The Changes To Her Body Caused By IVF
By Jake Viswanath
Get Even More From Bustle — Sign Up For The Newsletter