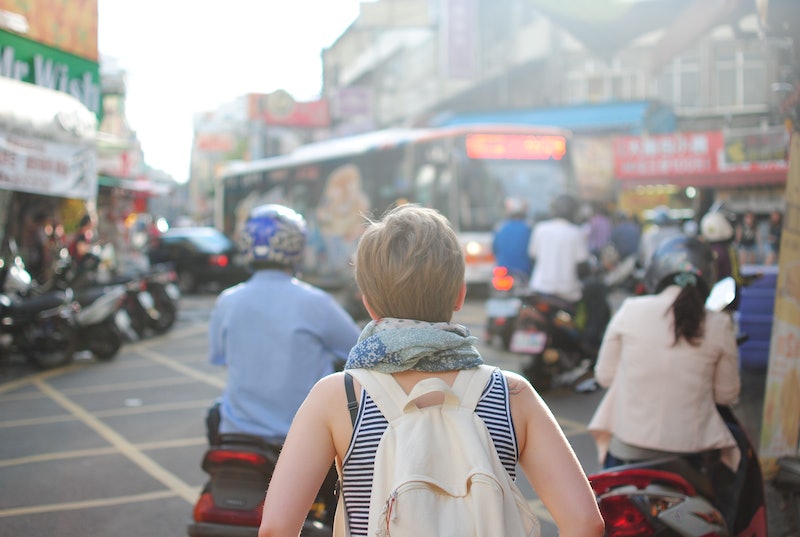 Ever look at your bank account after a fun weekend and get a little queasy — but it’s not because of the hangover? A new survey by Go Banking Rates may provide some insight into how FOMO affects Millennials' finances. Millennials do not have the best reputation when it comes to managing their cash. We are accused of carrying too much debt and living outside our means, turning to our parents when we can't make rent. We are shamed for living the epitome of the YOLO lifestyle. I mean, what's one more drink? That’s what credit cards are for — fun now, pay later.

While this may be the overriding perception, it doesn't mean that's how the majority of Millennials choose to manage their finances. The fear of missing out (the anxiety that there is an awesome event happening elsewhere) is ever more prevalent in this age of broadcasting our movements on social media. Nobody wants to kick themselves for not going to a party that Drake showed up at and took pictures with everyone. But if you can't afford to be social at the moment, is the fear of missing out really enough to tempt young adults to go into the red? Go Banking Rates, along with the research firm Survata, asked 501 people between the ages of 18 and 34 years old about their financial habits, and the answers might surprise you.

FOMO Is NOT Worth The Financial Strain

The survey found that most Millennials believe that stretching your bank account to its breaking point is not worth the night out. One in three of respondents even said that they had never gone out when they didn't have adequate funds. Three in five said that it would not be worth it to attending an event, if doing so would put financial pressure on a family member or romantic partner. Seems like Millennials are pretty responsible (gasp)?

Jason Dorsey, co-founder of Millennial and Gen Z consulting and research firm The Center for Generational Kinetics, agreed with the research. "The fact that these Millennials still won’t put their family in jeopardy is a testament to Millennials becoming older, wiser, and seeing that their decisions have outcomes," he said in an interview with Go Banking Rates. Even so, he believes that the generation may still have trouble escaping their carefree image, "while the media may not like this answer because it’s not sensational... I find it a great insight into Millennials moving in a direction of overcoming the stereotypes so often forced upon [them]."

Millennials Believe In Sticking To A Budget

When asked about how much an event would have to cost to be no longer worth it, respondents answered "when the cost exceeds $50." This rings true to me. When I'm feeling flush I will buy an expensive concert ticket (and probably regret it when all I can afford is Ramen the next week), but when I know my bank account is dwindling I'm a lot more likely to scan the internet for cheap or free events to fill up my weekend. Sometimes its a nice bottle of wine night, and other times you settle for whatever is in the back of the fridge.

Most respondents reported that they understood that going out when you can't afford it is a bad idea, but 67 percent said they have done it anyway. Growing up in the financially booming '90s, Millennials reported to maintain an optimism that they will earn higher salaries in the near future. When unable to afford a social expense 32 percent reported using their credit card to pay their tab. Dorsey said Millennials as a whole tend to shy away from credit cards, and prefer using debit cards instead. While financially prudent, Dorsey believes this trend may have unexpected consequences. "This is great in terms of budgeting, but [it’s] creating a significant problem when it comes to Millennials making major purchases, like homes and cars, as they don’t have a significant credit history," he explained to Go Banking Rates.

The Los Angeles Times recently reported that Millennials are slowly but surely changing their footloose reputation. According to a recent Bankrates.com survey Millennials are saving even more of their paycheck than previous generations, making sure they have an available fund for emergencies and big purchases. Millennials planning for the future? Say What?

Man, if only tonight was a bottle of wine night.