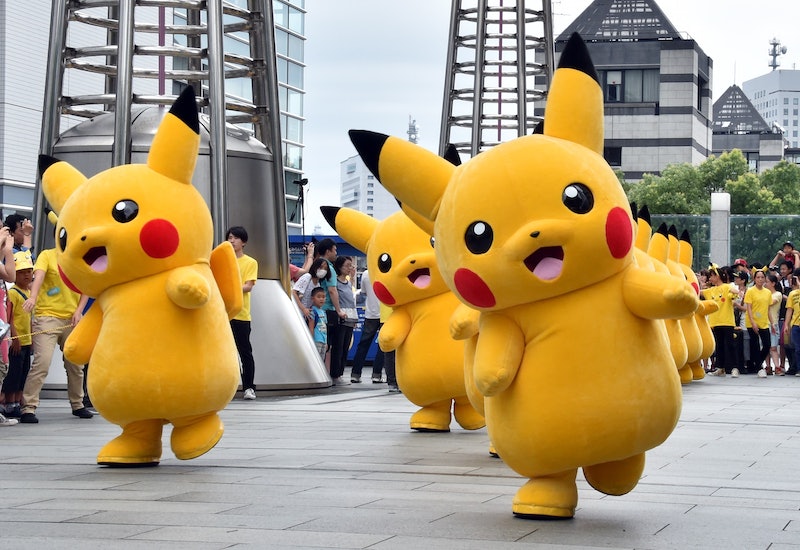 Pokémon fans, prepare to celebrate: You’re about to get a new mobile Pokémon game to feed your ‘90s nostalgia. On June 15 at the E3 gaming conference, Nintendo announced the upcoming release of Pokémon Go, a free-to-play augmented reality (AR) game from Niantic. Pokémon Go will be available in July, though the precise date has yet to be announced. That gives you at least a couple of weeks to revisit all of your favorite Pokémon games, shows, movies, and comics before you dive head first into this new iteration.

Pokémon Go, which is already being beta tested in the United States, Japan, New Zealand, and Australia, is an AR game, which means that the game uses the real-world environment in its gameplay. You play the game by walking around outside with your smart phone; the game detects where you are and overlays Pokémon for you to find in your real environment. When you find a (virtual) Pokémon, you play to make it part of your collection. There are “gyms” placed at major landmarks, where you can battle your Pokémon and even join forces with other players.

The folks over at IGN got to try out the new game while walking around San Francisco Bay. In this video, you can see a bit of the game in action:

One aspect of Pokémon Go that seems particularly cool is that the Pokémon available in different areas vary according to where you are and what the environment is like. So, in the IGN video, hosts Jose Otero and Kallie Plagge say that, during their test, they mostly encountered water Pokémon because they were near the water. In another example, a Niantic employee told The Verge that Kangaskhan (a kangaroo-esque Pokémon) may only be found in Australia. These kind of location-specific Pokémon could make traveling especially fun, by allowing you to collect new characters as you sight see.

Players who don’t want to hold their phones in front of themselves all the time will eventually be able to purchase Pokémon Go Plus, a wearable that you keep on your wrist that lets you play without having your phone out. It’s not yet clear when the wearable will become available; we do know that it will not be released at the same time as the free-to-play game’s initial launch in July.