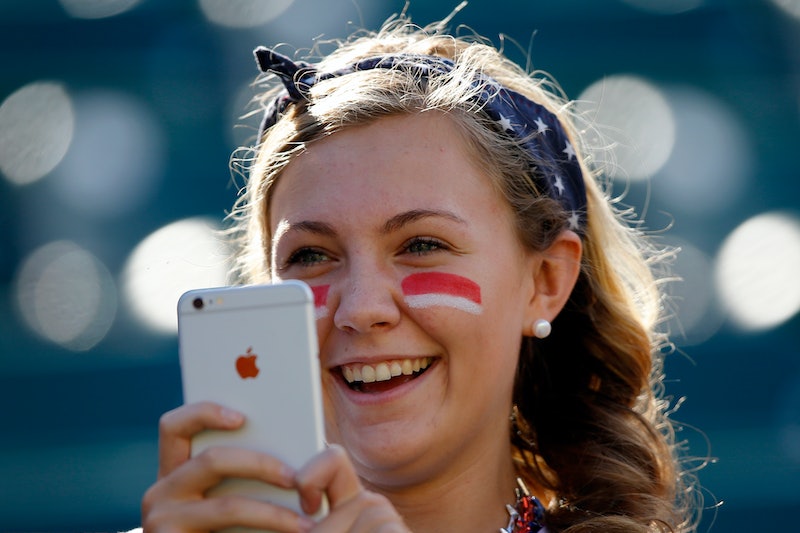 Facebook Messenger has made some pretty big upgrades lately, and it doesn't show signs of stopping anytime soon. On Thursday, the social media giant announced Facebook Messenger's new look, which switches out the chronologically-ordered inbox of the past for a system that prioritizes people you message frequently. The update is the latest in a series of changes that have been rolled out to the app this year: Earlier this week, Facebook announced that Android users can now send and receive SMS text messages through Messenger, and just a few weeks before that, a wide range of new, diverse emoji were added as well.

Despite all the changes Messenger has undergone in the past few months, one area has largely remained untouched: The inbox, which lists your most recent messages first and descends in chronological order from there. However, the new update promises to change this entirely. "Now, you’ll see your conversations and ways to connect right where you need them most," Facebook wrote in the post announcing the update.

To that end, the update adds three new sections to the Messenger inbox. Although your most recent unread messages will stay at the top of the screen, Facebook has added a "Favorites" section highlighting the people you contact frequently. Next is a series of reminders for upcoming birthdays, followed by a list of your friends who are currently available to chat, as marked by a green dot.

"With these updates, we’re aiming to make Messenger simpler to use by presenting more relevant information," the company wrote. "We look forward to building even more ways to make using Messenger better in the future."

Some functions will undoubtedly prove more useful than others — as Tech Crunch points out, do users really need another way for Facebook to remind us of our friends' birthdays? — but considering the shift toward using Messenger as an everyday form of communication, it's not surprising that Facebook is adding features to keep users coming back (and lure them away from rival messaging apps like Snapchat).

All the aforementioned parts of the update are available on the home screen, which should be the first thing you see when you pull up the app. (According to Wired, the update includes an improved search engine as well, to make it easier to find old messages.) Messenger mentioned in a Facebook comment that the update will be available for both iOS and Android systems, but the announcement didn't mention when it would be rolled out. Presumably, it will start showing up in the near future, so be on the lookout over the next few days.