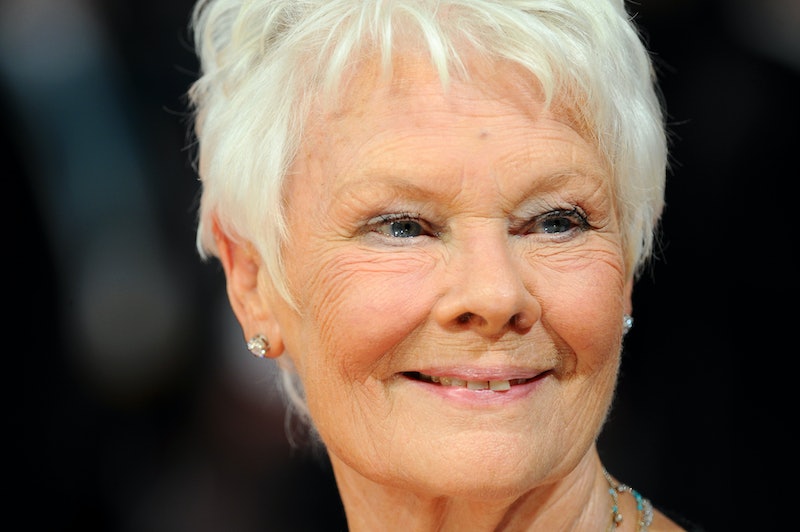 When we think of the Academy Award winning actress now, we can only imagine her as the beautiful, wise, and authoritative actress she is today. But before she was a Dame, what did Judi Dench look like? It seems like a silly question, but really, most modern viewers have no knowledge of Dench's young Shakespeare career, or know that the woman has been acting in film and television since 1959 when she played the title role in the T.V. series Hilda Lessways.

The British actress has been nominated six times for an Oscar, has won one in 1999 for her supporting role in Shakespeare in Love, and could take home another this year for Best Performance by an Actress in a Leading Role in Philomena. Philomena is the story of a woman who became pregnant at a young age, had her son taken from her and put up for adoption by nuns, and years later, went on an epic search to find him. But before she was M in the Bond series, or before she played the older woman in period pieces like Pride & Prejudice or Jane Eyre, Dench was one smoking hot babe. She still is, of course, but take a look at these suprisingly and youthful pictures from her past.