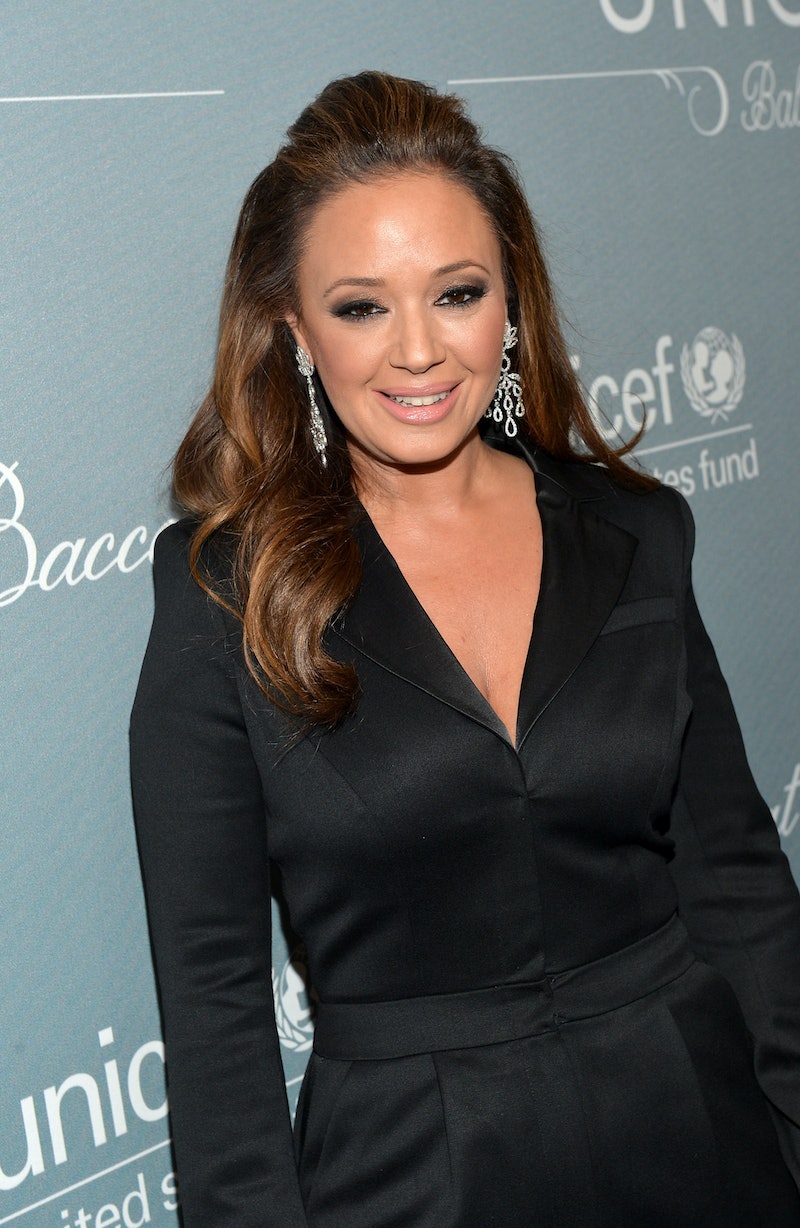 The King of Queens' former star is making headlines yet again about her past in the Church of Scientology. Leah Remini first caused waves in Hollywood in July when she very publicly left the church, citing corruption as one of the main reasons for her departure. In a new frank interview with Buzzfeed, Leah Remini reveals she left Scientology for the well-being of her daughter, Sophia.

"I started thinking of my own childhood and how I grew up resenting my mother because she was never home,” Remini said.

Remini also noted that if she had stayed in the church any longer, her daughter would have had to get acclimated into the church also. That process begins with "auditing," a series of personal questions that the candidate must answer.

In the extended interview, Remini left no stone unturned. She went on to reveal several more harsh truths about her time within the church, many of which have never been spoken of — until now.

1. Living on a Scientology compound is no vacation.

“We went from a middle-class lifestyle [in Brooklyn, N.Y.] to living in a roach-infested motel with six other girls off a freeway in Clearwater,” Remini said of her mother's decision to move to the Scientology compound in Florida.

2. You are over-worked and under-taught.

“We were working from morning until night with barely any schooling,” Remini said. “There was no saying no. There was no being tired. There was no, ‘I’m a little girl who just lost her father and everything I’ve ever known.’ There was only, ‘Get it done.’”

3. Physical labor for children was no joke.

“If the church needed a ballroom wall knocked down, you made it happen because there were heavy repercussions if you didn’t,” Remini continued. “And although that was horrendous for a child to deal with, at the same time, it gave me my work ethic

“In my house, it’s family first — but I was spending most of my time at the Church,” she said. “So, I was saying ‘family first,’ but I wasn’t showing that. I didn’t like the message that sent my daughter.”

5. The Church of Scientology isn't friendly to change.

“We had a chance to make a change from within, but they didn’t want to,” Remini said. “That showed me they didn’t actually care, which went against everything I thought we stood for. They only cared that their lives would be disrupted if they stood with me. They didn’t care about doing the right thing. That showed me everything the Church taught me was a lie.”

“There’s no going to dinner with friends and having a glass of wine — I never did that in my adult life. I always thought people who had a glass of wine at dinner were alcoholics. It was so crazy to me because you can’t get counseling the next day at the Church if you’ve had a drink, so most Scientologists don’t drink. Not that that’s a bad thing, but it also prevents you from having fun because your mindset is to wake up early and go to the Church every single day. There’s a lot of work required to retain your place in the Church.”