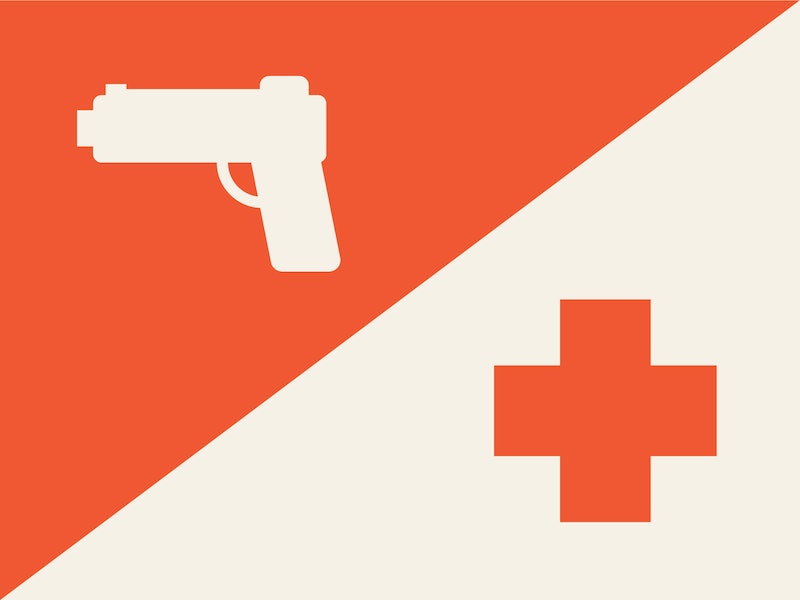 On Sunday, the single deadliest mass shooting in modern American history left 49 people dead and more than 50 wounded. The entire country was left shaken by the massacre, which was carried out by an individual in a gay Orlando nightclub using an assault rifle. In the aftermath, as Central Floridian blood banks desperately put out calls for donations, gay men lamented that it was easier for them to buy a gun than it was to donate blood to the victims of a crime that targeted their community.

These men have a point. The infamous "gun show loophole" means that private firearm sellers don't have to require background checks. “Why wouldn't we want to close the loophole that allows as many as 40 percent of all gun purchases to take place without a background check?" President Obama asked in a speech after the Sandy Hook shooting.

Meanwhile, bill after bill which proposed reasonable background checks for individuals seeking to purchase firearms have been rejected by the Republican-led Congress. If you buy a firearm from a licensed gun dealer, you must provide ID and go through a background check. But if you buy from a private seller, there's no such requirement. As the U.S. suffers one mass shooting after another like no other developed country does — even as its president openly, consistently begs our own lawmakers to pass reasonable gun control legislation, and is stymied every time — citizens feel increasingly powerless.

Meanwhile, decades after Roe v. Wade purportedly made abortion accessible for every American female, politicians both at the national and local levels continue to make it more difficult for women to obtain them. Google told The New York Times that searches about how one can self-induce an abortion have spiked as legal abortion becomes less accessible. Back in October of 2015, after the Umpqua College shooting, a meme began circulating online which compared the process of getting a gun to that for getting an abortion.

We put together our own comparison: