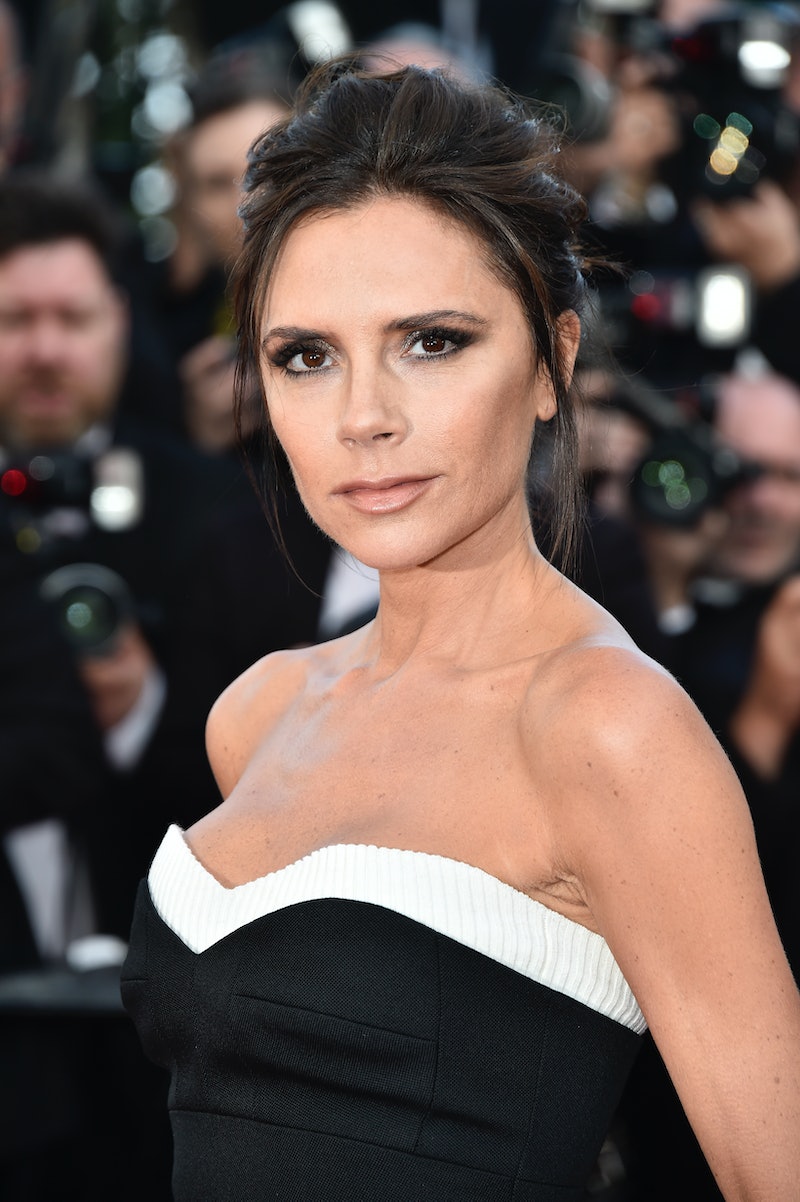 If you were a little surprised when you saw Victoria Beckham's Vogue Korea cover thanks to her super short hair, then spoiler alert: She's totally faking it. According to Perez Hilton, the designer covered the magazine and showed us all how to expertly fake short hair. Because she is literally flawless.

A major magazine cover is the perfect place to debut a major hair change (Taylor Swift on Vogue ring any bells?), so you may have thought Beckham's cover was showing off a brand new chop, but nope. She's just got skills like that. So ironically, Beckham actually recently cut a lob, but this cover, which features Beckham with short hair, was shot before she chopped it off, so the short hair you're seeing in the photo was just a clever manipulation to make her long hair look short. I wonder if this is what inspired her to actually cut a lob?

The cover is a profile shot of Beckham, with her long brown hair tucked into her navy blue coat, so it gives the appearance that her hair is cropped, but if you look at the inside photographs, it's actually down to below her boobs. Sneaky, sneaky.

So chic, right? But look at the inside photos:

She could have fooled us. But what isn't fake? Her recently chopped lob.

So clearly, she dug the short hair. If you have long hair like VB did and are considering a chop, faking it is a great way to test it out before doing something so drastic. These tutorials will help you out.

Pin up hair underneath and you'll look like you just got a fresh cut.

With Or Without Layers

This tutorial will teach you how to create a faux bob with and without layers.

Want a more boho lob like Beckham actually cut? This tutorial will show you how to create a faux lob with beachy waves.