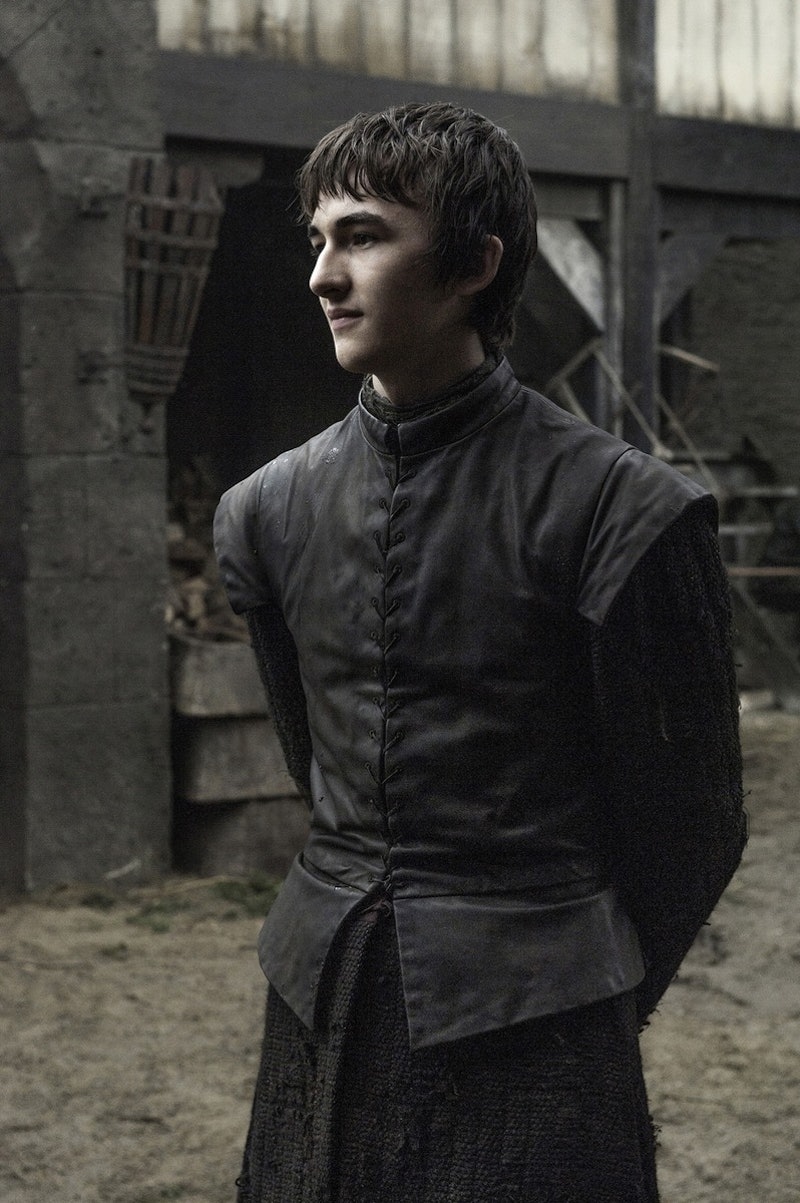 I know the episodes aired all of three seconds ago, but it is already time to rewatch GoT Season 6 eps 2, 3, 4, and 5. Why? Because we have an interloper to spot! In a recent interview with People, Game of Thrones star Isaac Hempstead Wright (Bran) revealed a Season 6 secret: To accommodate Wright’s growth spurt and Kristian Nairn’s (Hodor) back issues, Game of Thrones built a lifelike dummy of Bran. Yes, throughout the sixth season of the HBO fantasy series, Hodor lugs around said dummy as if it were the second Stark son. And now I want all of the dummy Bran screengrabs.

"They made a life-sized dummy of me," Wright told People. "I had to go and have a cast made which was a really weird experience. Even weirder to be sitting on set next to me, a weird lifeless form."

A lot of the time when we were doing shots, some of the angles, the director wasn't quite sure if it was me or the dummy … "Wow, you were really still that take." "Yeah, it wasn't me."

I mean, I totally get why GoT created a doll version of the Three-Eyed Raven's young apprentice (gotta do right by the actors, duh!), but is nothing real on this show? What's next? Are we going to find out that Drogon is not an actual dragon, but a huge marionette? Was the shadow baby not an actual demon, but an animatronic climbing through a dry ice bomb? Are Cersei's stunning wine goblets not actual chalices, but really impressive holograms?