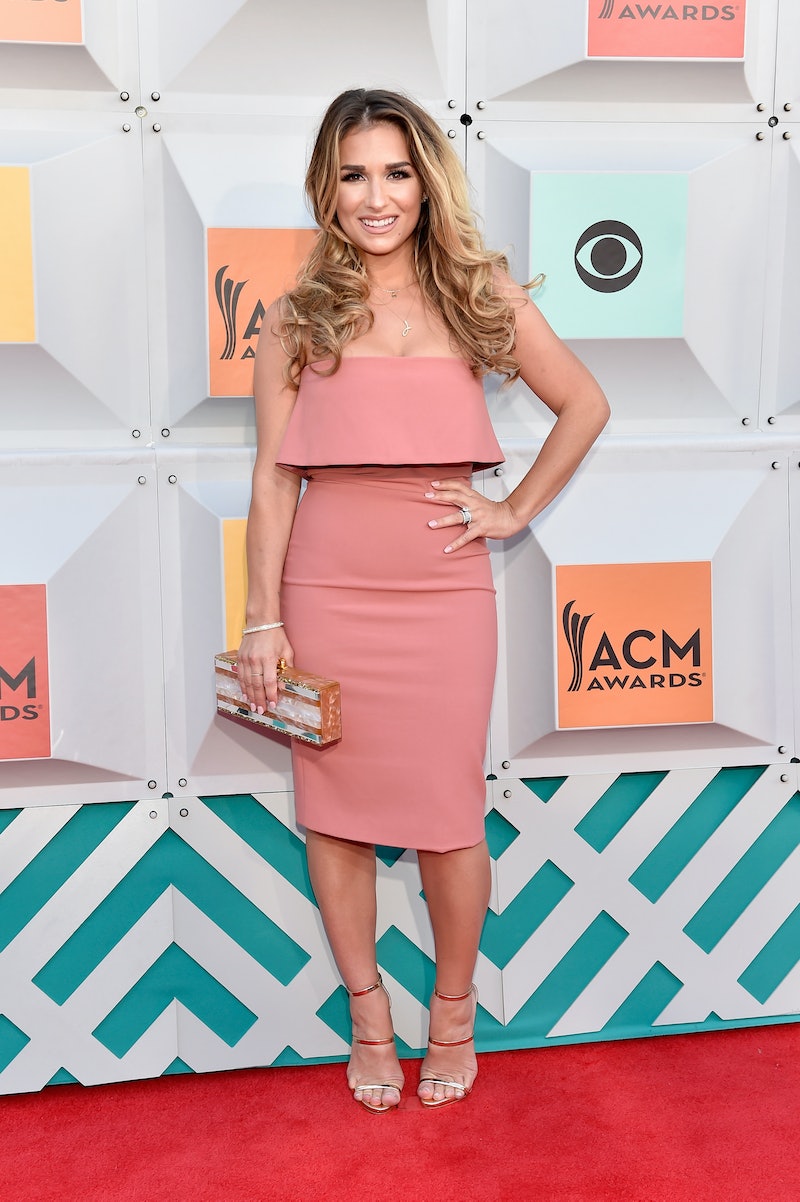 Although I cover news about new beauty collabs all the time, I have to say, the news of the Jessie James Decker x Alexa Persico Cosmetics collab is one that made me super excited. I've been a JJD fan for ages and I love her honest social media posts and hilarious sense of humor (and the photos she posts of husband Eric Decker aren't bad either...). It looks like I'm not the only one who was majorly excited about this collab, because Twitter's reactions to Jessie James Decker x Alexa Persico were nothing but positive. I'm telling you, JJD's fans are excited.

The level of excitement was actually kind of insane considering neither Decker or Alexa Persico announced what will be in a the collab, when it will come out or anything beyond an Instagram photo of JJD x APC written on a napkin in lipstick. But that's what makes this kind of exciting, right? After a year of hard work, I'm sure Decker and Persico are totally ready to see what fans think of the products — whatever they may be. Not knowing hasn't stopped fans from getting super excited and taking to Twitter to share their reactions. Here's some of the best ones:

So exciting, right? I can't wait to hear more details about this collab in the future.