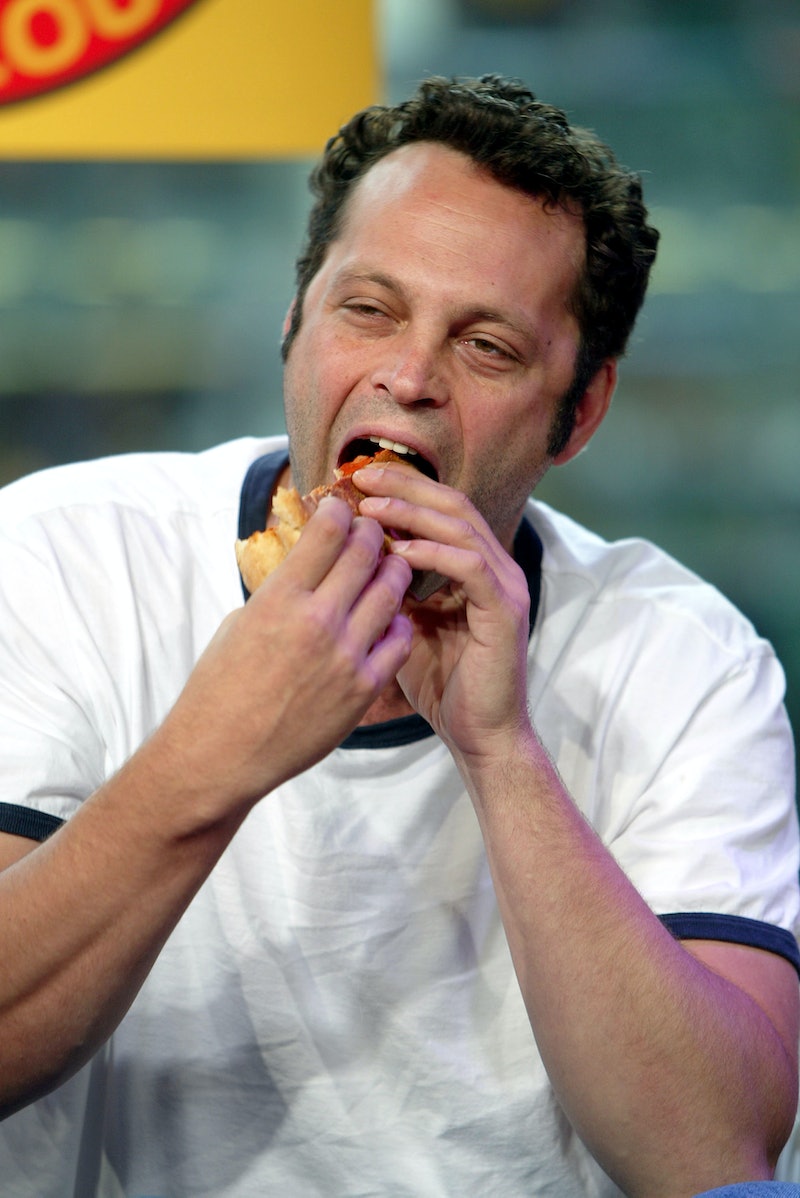 Most people eat a slice of pizza in one of two ways: you either pick it up straight and take a bite, or you fold it in half lengthwise for a little more support before eating. Regardless of how you eat your pizza, chances are you haven't given it that much thought. But it turns out your style of pizza-eating could actually be a sign of some serious mathematical know-how.

Yup, that's right. According to a video on the Numberphile YouTube channel, people who consume their pizza slices by folding it in half first are actually very math savvy. Why? As the clip explains, those who bend a slice before eating are (probably unknowingly) utilizing mathematician Carl Gauss’ “theorema egregium,” aka the “remarkable theorem.”

As mathematician Clifford Stoll breaks it down in this video, pizza is best eaten by using the Gaussian curvature. A quick math lesson: Gaussian curvature is the reflection of two distinct curvatures. For example: a cylinder has zero curvature (because it's partially flat), while a sphere always has positive curvature.

Depending on their shape, certain foods, like oranges, bananas, and bagels, also maintain curvature. But partially flat foods, like pizza, have zero curvature — which means they need to be bent to improve its rigidity. By folding a slice in half, you're therefore creating Gaussian curvature. Wow… who would've thought this much math could go into a simple slice of pizza?

Watch Stoll's full explanation of the Guassian curvature in pizza below:

In any case, this basically just proves what we already knew: when it comes to eating pizza, folding a slice pre-bite is the only way to go.