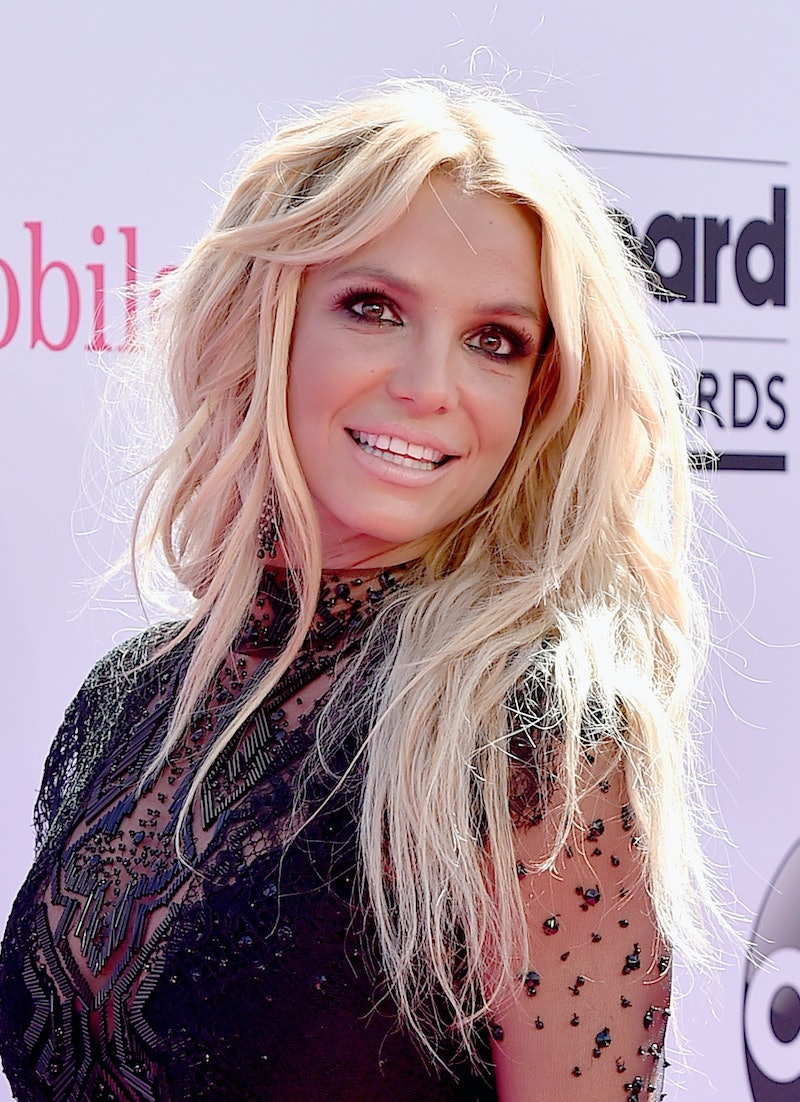 Our favorite pop princess is at it again, debuting a new fragrance that's set to be different from the usual floral and citrus affairs often found in major department stores. Elle reported that Britney Spears' new perfume Private Show is the latest aroma in her long line of olfactory concoctions, marking the 20th scent that she has created in 12 years, according to ET. That's quite an impressive track record.

But when you craft so many different lines, keeping things fresh rather than simply cranking out the same smells over and over again is at the top of the priority list. So what will a bottle of Private Show remind us of? Apparently, iced coffee.

According to Elle, "It takes inspiration from Britney's fave things: dulce de leche, white florals, and iced coffee. Yes, coffee! This translates, aromatically, to notes of whipped crème coffee (somehow!), clementine, nectarine, dulce de leche, orange flowers, jasmine, amber, and musk." Are you rubbing your hands together yet? If you're excited over the prospect of smelling like your favorite latte, you might be wondering when Private Show will come out. Well, if you can't wait to get a whiff of those delicious notes, you won't have to stare at the calendar for too long.

Perfume site Now Smell This reported that, "Britney Spears' Private Show will debut in July at Kohl's." That's just a couple of weeks away, which is totally doable in terms of my impatience.

In Spears' own words from the sneak-peek video, it's an "uplifting, sexy scent" that's meant to inspire. ET reported Spears' motivation behind the product, quoting, "Private Show celebrates one of my biggest passions — dancing! It is inspired by the electric energy I feel when I’m performing, whether during rehearsals or on-stage during my show. I wanted my fans to have an uplifting, sexy scent that empowers them to achieve their dreams!" With a smell that will be just as invigorating as a morning cup of coffee, it'll be hard not to feel motivated to tackle those goals.

Bonus points: The new fragrance won't set your wallet too far back, clocking in with price tags between $9.99 to $52, according to Elle. Whether you've been a diehard fan of Spears' scents since her 2004 debut with Curious, or you have your interest piqued for the first time thanks to Private Show, owning a bottle will give you a glimpse into the pop icon's character. In an interview with InStyle, Spears shared, "I've been creating fragrances for more than 10 years, and each one shows a different side of my personality."

That just makes the scent all the more interesting.