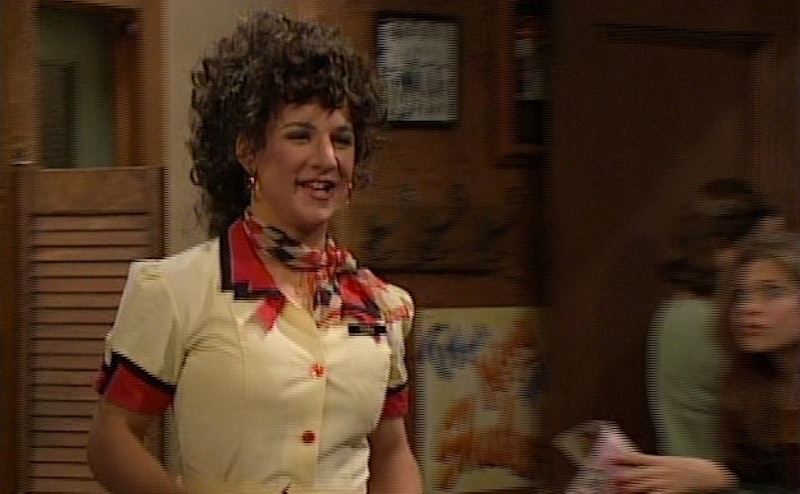 No, Girls Meets World has not premiered yet, Cory and Topanga are not yet super-officially back in your lives (not that they ever left). But you know those Buzzfeed quizzes you've definitely been seeing all the eff over your facebook newsfeed? Boy Meets World 's Ben Savage took one, and...well, he didn't get Cory. He got Topanga. And that's great.

The former and now forever Mr. Matthews is not the first actor to take a Buzzfeed quiz centered around their most famous piece of work and not get the character they played: There was Lena Dunham before him — she got Girls' Marnie instead of Hannah Horvath, causing her to comment "so I guess the apocalypse is coming?" — and Sarah Michelle Gellar more recently, not getting Buffy on the Buffy quiz.

This isn't super scandalous, of course: These people are actors, and not actually the characters they play on TV, and it's always healthy to understand that. But what it is is amusing, and also maybe another (admittedly silly) layer on which we can understand our favorite characters and the people who play them.

Savage's onscreen wife and actual Topanga portrayer Danielle Fishel responded to his result, tweeting "of course you did. You're stuck with me forever. :)" Aw!

When she took the test she got Feeny. Which honestly sounds perfect to me — who wouldn't want to get Feeny?? I mean honestly you're either looking to get Feeny, Topanga, or Shawn. That's where it's at.