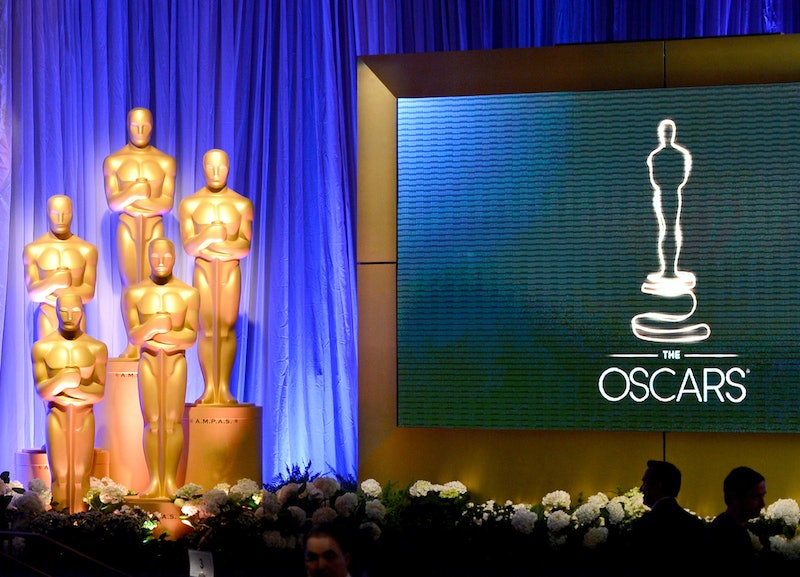 The Academy Awards are on Sunday and for the first time ever The Oscars will be available online. Through the Watch ABC app, users with compatible subscriptions through Comcast, Cablevision, Cox Communications, Charter Communications, Midcontinent Communications, Verizon GiOS, Googble Fiber or AT&T U-Verse will be able to watch the entirety of the show online. It's a big move for the show, but it's kind of an obvious one. Not everyone has a TV anymore as people are able to stream shows on Netflix, Hulu, and more. But the Oscars don't want to lose out on those viewers so extending their show to the Internet only makes sense.

Not only can you watch the show on your computer, it will also be available on phones or tablets. So you can take the show anywhere you need to go. Like if you have to pee in the middle of Ellen Degeneres' monologue just take your phone into the bathroom and voila! No more missing important Oscars' drinking moments. Additionally, viewers can pick which camera angle they want to see. "For instance, if one of your favorite actors wins an award, you can see the great acceptance speech and then on 'The Oscars Backstage' experience follow them to a Thank You Cam where they can give a longer speech," said Senior Vice-President for ABC, Karin Gilford.

The Super Bowl was live streamed for the first time this year and instantly became the most watched sports live stream ever. If the Oscars also have an online success, perhaps more shows will make the move to mobile. It's time for live events to be broadcast legally online and on mobile devices because that's where the public is.

Of course, the Oscars are streaming the event with the caveat that you have to still have a cable package. So if you don't have your own subscription, pull a Netflix and borrow a friend's cable info. Or if you can't do that, the Oscars backstage show will be available for streaming to everyone, even non-subscribers. It features highlights from the show as well as behind-the-scenes celebrity access. (So you'll actually be getting to see stuff regular viewers don't.) And of course there's always the old standby: illegal live streams. Don't worry, we won't tell on you.