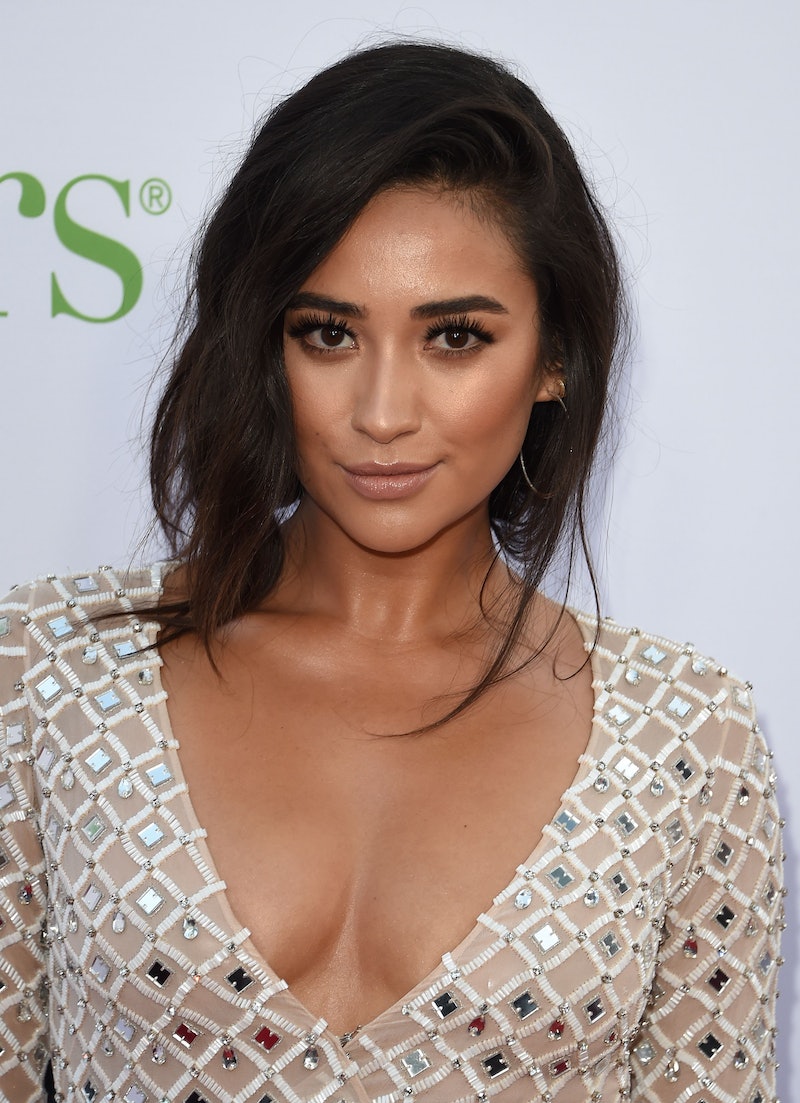 Whenever a celebrity makes a drastic hair change, there's always a chance that it could be a wig, so if you were wondering if Shay Mitchell's new blonde hair is real, you might be surprised. According to People, the actor took her dark brown hair blonde for summer, but it may not be here to stay.

From wearing wigs for roles to trying out new looks on magazine covers, celebrities love to experiment with their hair and fake us all out. It's actually brilliant, because it lets you try out a new look and see how it looks in pictures before you go about making a major change, so when the Pretty Little Liars star stepped out for the iHeart Radio MuchMusic Video Awards on Sunday night with full on golden highlights, I had to wonder if it was for real. Mitchell has pretty much always had the same hair, and it's iconic to her character on the show, so it seemed like a pretty drastic change to make. And it was, in fact, temporary.

The actor posted a picture to Instagram captioned, "Trying to figure out if blondes really do have more fun," so clearly, this isn't permanent. Yet.

It looks so real, that you might be surprised to hear that her stylist, Chris Appleton, used a wig to create the summery, golden glow.

Crazy, right? It's definitely a big change from her natural hair, which is much darker.

And though she's had some subtle highlights before:

She hasn't been this blonde, so I get her wanting to experiment with a wig before bleaching her hair.

Whether or not she makes it permanent, she totally worked it. Guess we'll have to stay tuned to see whether Mitchell determines blondes do have more fun!