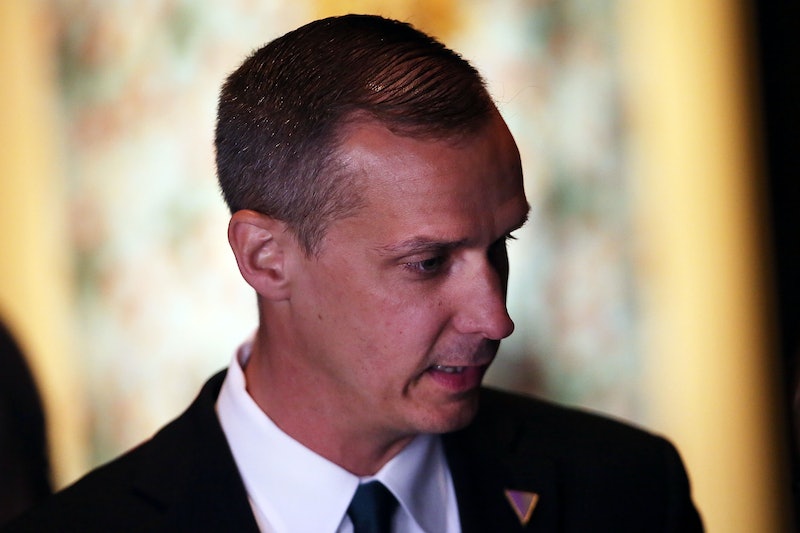 Major news out of the Trump campaign: manager Corey Lewandowski was fired, despite being the man who helped run one of the most divisive presidential operations in American history. This is probably shocking to some spectators, as Donald Trump is now the presumptive Republican presidential nominee and has proceeded through the primaries as the clear frontrunner on the Republican side. However, as it turns out, Lewandowski has never worked on a national campaign — though his career in politics was extensive enough to take him this far — and at this point in the game Trump is looking to up his ante.

The shocking announcement was made on Monday, and with the Republican National Convention quickly approaching, Trump camp needs to look into broadening their team to include members with previous presidential campaign experience. Trump called Lewandowski a good guy, a friend of mine, but I think it's time now for a different kind of campaign."

Trump has moved his strategy to fundraising efforts, a subject upon which he previously applauded himself, as he has claimed to fund his own presidential campaign. Although these statements are not entirely true (he has received individual contributions), according to PolitiFact, Trump has contributed quite heavily to his cause, and has actually shelled out more than any other presidential candidate. Although the Trump campaign has aired no ads for the general election, nor bound itself to any one super PAC (after the failure of the Make America Great Again PAC), the strategy is liable to change as Election Day approaches.

In the meantime, though, Trump has heard growing concerns from allies and donors, as well as his family, regarding Lewandowski's credentials come this part of the race, especially as he faced a simple battery charge for grabbing a reporter, a charge that he denied and was ultimately dropped. This decision to fire Lewandowski is possibly one to help reassure both donors and Republicans that Trump is in for the long haul.

Trump's son, Donald Trump Jr., did provide his own thoughts on MSNBC in response to the rumors that Lewandowski's dismissal was in the works for weeks, calling the relationship between Lewandowski and himself "amicable" and the firing "a very natural process of transition."

As far as personal feelings toward Lewandowski, Trump seems to have few. He tweeted nothing on the subject, leaving the concluding statements to spokesperson Hope Hicks, who remarked:

The Donald J. Trump campaign for president, which has set a historic record in the Republican primary having received almost 14 million votes, has today announced that Corey Lewandowski will no longer be working with the campaign. The campaign is grateful to Corey for his hard work and dedication, and we wish him the best in the future.

Lewandowski said that he had a "great relationship, no animosity" with Trump campaign chairman Paul Manafort, as well as with Trump's children, who were reported to have played some role in Lewandowski's dismissal. The former manager explained to CNN that he did not know why he was fired, and remarked that, "I'm proud of the campaign. I also understand the reality of building infrastructure, coupled with the RNC's 500 people on the ground and all the resources necessary" in winning the general election.

Lewandowski added that he had a "nice conversation with Mr. Trump" on Monday morning. Overall, his tone was one of acceptance:

It's been an honor and a privilege to be part of that, and I mean that from the bottom of my heart.

Lewandowski's departure was not portrayed as tied to Trump's recent series of difficulties, even as Trump has faced heavy criticism for both his attacks on the federal judge overseeing the Trump University case and his controversial response to the June 12 massacre of 49 people at Pulse nightclub in Orlando, Florida.

Despite the circumstances, it appears that the Trump campaign is turning the proverbial corner as it proceeds into the next phase of the election cycle. Whether this decision helps or hinders his momentum is something to watch in these months leading into Election Day.