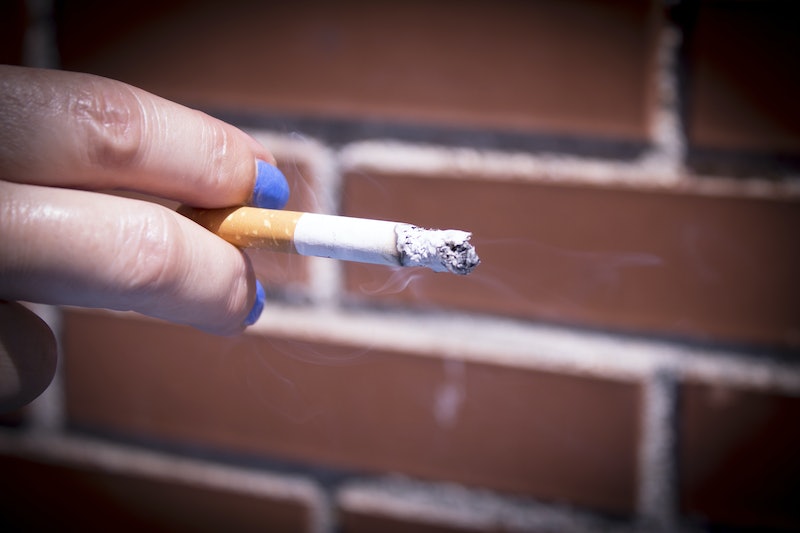 It's easy to talk about addiction in a throwaway manner, as if just liking something quite a lot classifies you as an addict. Spoiler: it doesn't. But social conceptions of how an addict looks and behaves still often look like something out of a Dickens novel, when the reality is more nebulous, less obvious, and more common. But how do you know if you're becoming addicted to something or just having a good time?

The most commonly discussed area of addiction is drug and alcohol abuse; the rehab organization Addiction Center estimates that 20 million Americans over the age of 12 have an addiction to alcohol or both legal and illegal drugs. When it comes to behavioral addictions, the lines are a bit less clear; but from psychologically accepted problems like gambling to more contested definitions like sex addiction, it's now no longer just substance abuse on the table when we talk about addicts.

Your likelihood of becoming addicted to something is heightened if you have a family history of addiction. There's no such thing as an "addiction gene;" it turns out that the business of inheriting vulnerability to addiction is a very complex one, and that many genes and their expressions can contribute to your possible genetic predisposition. The genes can get specific, too: the University of Utah has a list of genes that influence particular addiction behaviors in mice, from alcohol consumption to responsiveness to morphine. And even if you do have genetic predispositions, it doesn't guarantee you'll be an addict, as they're only responsible for about 50 percent of addictive behavior.

If you're worried you might be dependent on something — whether it be drugs, alcohol, sex, or anything else — here are nine common signs you may indeed be addicted.

1. You Keep Doing It Even Though There Are Clear Negative Consequences

Pursuing an addiction often means that normal warning signs, like detrimental consequences for other aspects of your life, don't have the impact they would on more regulated behavior. The addicted brain can ignore or justify the severe problems an addiction is causing, in favor of continuing the addiction. If you're still getting your fix of a substance even though you're seeing it create clear issues elsewhere (the National Council on Alcohol and Drug Dependence names jobs, relationships, and personal health as three of the most affected areas), you may have a problem.

2. You Pass Up Social Situations Where You Can't Partake

Addicts often find that they are less interested in activities and pastimes that they once loved, purely because they don't involve the addiction. Alongside this shift in priorities, addicts also start to do something Medical News Today calls "social and recreational sacrifices," where they actively opt out of social situations where they won't have the chance to use. (Like passing up on a night with friends because you know there won't be someone to hookup with, or because they don't drink.) Addicts may also find that their attention to their need means they pay less attention to basic needs, like food and hygiene.

3. You Suffer Withdrawal If You Attempt To Stop

Withdrawal is most well-known when it comes to substance abuse. It's essentially your system becoming severely distressed when a drug or substance under heavy usage is taken away abruptly, causing it to recalibrate. The American Addiction Centers sum up the four main types of substance withdrawal: withdrawing from heroin and prescription painkillers causes two days of serious flu-like symptoms, cold turkey psychoactive drug addicts will experience seizures and anxiety for weeks, while going off cocaine causes 10 days of depression, and going off alcohol causes the famous "tremors," which can last for up to a month. The heaviness of withdrawal symptoms depends on the strength of your addiction, and is often deeply unpleasant.

Withdrawal from non-substance based addictions, like gambling, tend to be more emotional than physical. Psych Central highlights "restlessness and irritability" as the key signs that a gambling addict is going through withdrawal.

4. You Attempt To Keep Your Use Secret

This actually tends to be a sign for others in your family or circle of friends, rather than one you may notice yourself. The Mayo Clinic lists being secretive about your space, activities and/or relationships as a problematic signal that may indicate some kind of addiction problem; it's quite common for an addict to sense that their usage is in some way shameful or excessive and attempt to keep it private or away from judgement or interference.

5. Your Tolerance Is Increasing

Tolerance isn't necessarily your body's ability to "take" a large amount of something; it's more about the relationship between the quantity of an addictive substance or behavior and the reaction it creates. As addicts progress into an addiction, their body gets accustomed, and requires more and more of the addictive thing to get them the same high as when they started. The NCADD calls this "adaptation," but it can be difficult for addicts to keep track of the rising amounts required to create the same effects.

6. You Can't Seem To Stop Yourself

"The cardinal symptom of addiction," says Psychology Today, "is the inability to limit use of a substance or activity beyond need leading to clinically significant impairment." Addiction is essentially an interference with your impulse control: even if you want to limit your own behavior, and try your best to stop yourself or put down limits, you can't seem to control yourself properly any more. The addiction is calling the shots, and negates your self-control.

7. You Take Risks And Make Disproportionate Sacrifices For It

The increased capacity of the addicted brain to take risks to get a hit is one of the most studied bits of addiction; a February 2016 study actually found that the structure of drug-addicted brains in particular become wired differently, making them much more likely to take incredible risks to reach their high or maintain a supply. The addicted brain has a much lower problem with risk than a normal one: it'll convince you that it's a good idea to steal a friend's bottle of whisky, or nab $20 from your roommate's purse or play poker online till 4 a.m. when you've got a job interview the next day.

There's another aspect to this risk-taking, too; while under the influence of a high, addicts often have difficulty regulating other bits of their behavior, and do risky stuff like driving fast.

8. You Make Excuses When Other People Act Concerned

Healthline highlights the "tendency to make excuses" as one of the key characteristics of an addict. "Despite the concern of friends and family, an addict will almost always deny the seriousness of his or her addiction," it says. "Making excuses is common among addicts. Whether they know they are addicted or not, they will deny it to others. The person will usually have a number of reasons to excuse their behavior." Admitting that there's an issue will likely lead to the end of the addiction, and the addicted brain is deeply averse to that happening, so it will justify the addictive behavior in any way possible, even in flimsy or illogical ways.

9. You Feel You Need It To Deal With Your Problems

Alongside what Psychology Today calls the "craving or compulsion" to keep doing an addictive thing, there is often another motivator: the belief in its necessity to your functioning. The most common reason that addicts refuse to seek treatment, according to a study of 2.8 million drug users, is that they're "not ready to stop using," at a whopping 38.8 percent. Life without the addiction seems terrifying and impossible; it has become one of the only reliable ways to deal with your issues and life in general, and you aren't prepared to try to experience the world without it.

If you do believe you have a problem, the first step, after you've informed any people whose support you'll need, is to go to an understanding GP who may be able to recommend therapy, rehab, or other steps that might be able to help.