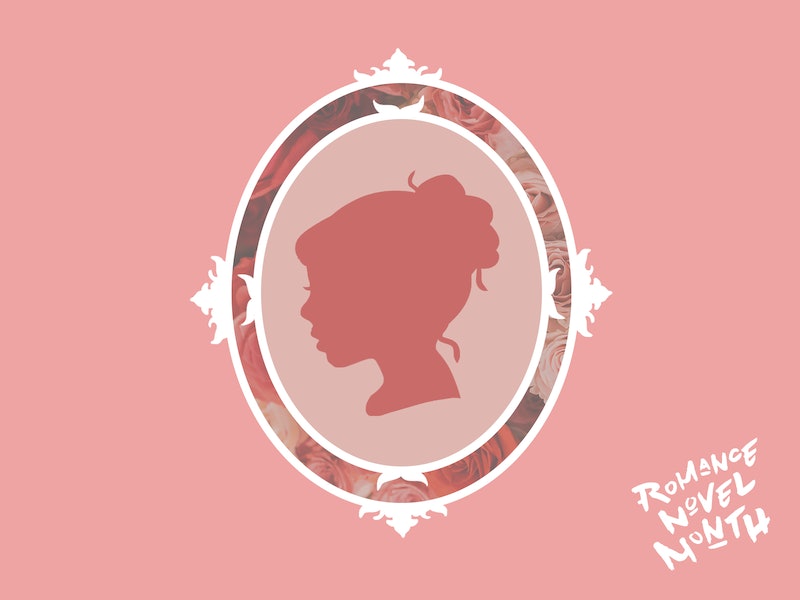 Despite my best attempts to stay up-to-date with the hottest new books on the market (and my goal to make a summer reading list comprised of all recently published novels), I'm a classics girl at heart. After a long day I'd prefer to curl up with Agatha Christie or Mark Twain rather than the newest literary darling. I'm not saying that there aren't a ton of fantastic new releases, but the heart wants what the heart wants. And my heart wants a bunch of novels published before the mid twentieth century.

But what if you like the classics, but you're also in the mood for a good romance novel? Must you choose between your two loves? Of course not! I'm here to help you follow your heart and match up your favorite classic with a romance novel that corresponds with it. Not every classic has a perfect fit (seriously, if anyone can find a romance that reminds them of Moby Dick, but not in a weird way, let a girl know), but you may be surprised by which of your favorites has a pretty good romantic equivalent. So if you've ever read Jane Eyre or Wuthering Heights and thought, "This is good, but it would be better if things got a little steamier," check out the romance novels below.

If you liked Pride and Prejudice, you'll love Lord Perfect by Loretta Chase

Benedict Carsington is handsome, straitlaced, and the heir to the Earl of Hargate. Bathsheba Wingate is from a family with a bad reputation and is the widow of a man whose family disowned him for loving her. Typically, the two wouldn't cross paths. However, when Bathsheba's daughter and Benedict's nephew run away together, the unlikely pair must team up to keep them out of trouble. Hmm, a stodgy, wealthy gentleman starts falling for a spirited woman from a no-good family...where have I heard this one before?

If you liked Much Ado About Nothing, you'll love Again, My Lord by Katharine Ashe

Admittedly, this one is more Shakespeare meets Groundhog's Day, but you get the picture. Lady Calista Chance and Tacitus Everard, the Marquess of Dare have a history together. Six years ago they fell in love, only to have Calista spur him at the last minute for another man. Now circumstance has brought them together again, and Calista is determined to make amends. Even if that means reliving the same day over and over again in the hopes of finally making things right. Two old lovers with an antagonistic past coming together again and eventually rekindling their affair? How Beatrice and Benedick is that?

Another cheat, because Solsbury Hill also takes direct inspiration from Wuthering Heights. Eleanor Abbott witnesses her long-term boyfriend cheating on her just as she receives a call from her sickly aunt in England. It appears that her aunt is not long for this world and Eleanor is set to inherit an estate on the Yorkshire moors. As she leaves New York to embark on her new life she meets Meadowscarp MacLeod, a handsome young man working on the estate. There's also some stuff about a family curse and a possible connection to Brontë, but let's focus on the hot guy working on the estate.

If you liked Jane Eyre, you'll love Reforming a Rake by Suzanne Enoch

If you liked Emma, you'll love Searching for Someday by Jennifer Probst

Remember Emma, Jane Austen's resident matchmaker, who was perfectly happy marrying off her friends but refused to be tied down herself? Well, meet Kate, who shares a similar gift for finding other people's true love. Unfortunately, she's not that great at helping herself in the relationship department. When a man named Slade accuses her matchmaking business of being a scam, Kate decides to prove herself by finding his perfect woman. Little does she know that his true love might be closer than she expected (hint: it's her).

If you liked Treasure Island, you'll love The Pirate Lord by Sabrina Jeffries

Everyone has had pirate fantasies before, right? Don't tell me there wasn't a tiny part of you that read Treasure Island and thought, "This would have been better with sexier pirates." Well, I'm here to offer you a solution to that fantasy, whether you'll admit to having it or not. Captain Gideon Horn and his men have found a ship full of women and intend to make them their wives. Too bad those women aren't quite interested in the life of a pirate wife, especially the strong-willed Sara Willis. She's more than a match for the captain and his men, though she begins thinking that being a pirate's lover may not be that bad...

More like this
Lib & Will’s Romance In 'The Wonder' Is Very Different From The Book
By Sam Ramsden
The 'Firefly Lane' Book Ending Teases Way More Tears To Come In 2023
By K.W. Colyard
'Bridgerton' S3 Teases Exciting Social Season For Penelope Featherington
By Bustle
The 'Lady Chatterley's Lover' Book Leaves Us With A Troubling Question
By Catharina Cheung
Get Even More From Bustle — Sign Up For The Newsletter