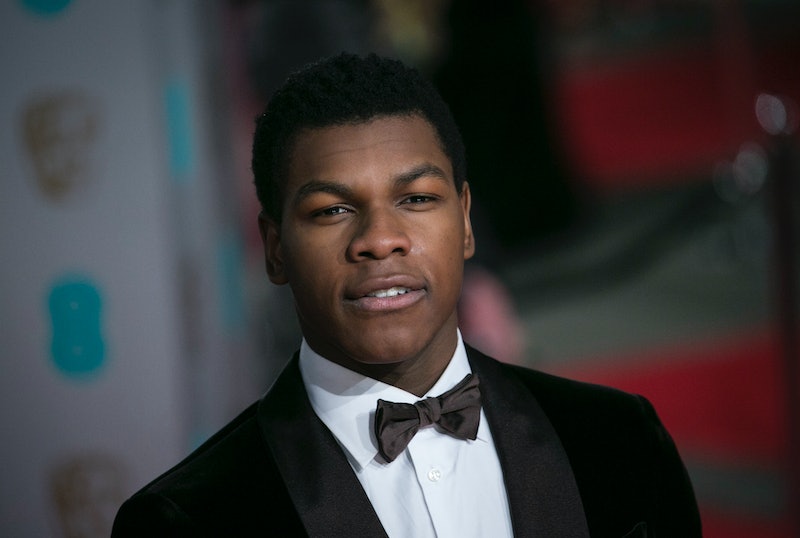 John Boyega may still be fighting off the First Order in Star Wars: Episode VIII, but that's not going to be his only huge role in the coming year. According to Entertainment Weekly, the 24-year-old actor is taking on what could be one of his meatiest parts yet: Boyega has joined Kathryn Bigelow's upcoming Detroit riots film. In addition to the casting news being announced on EW, Boyega himself took to Twitter on Tuesday to announce that he'll star in the film, which is based on the riots that took place in 1967. While the film has yet to be titled — and Boyega's exact role is not yet clear — we do know that Bigelow is teaming up once again with screenwriter Mark Boel (The Hurt Locker, Zero Dark Thirty) for the film, which will take on the true story of the riots.

The fact that the film, according to EW, "plans to address systemic racism in the city" of Detroit in 1967 is what makes this role just the kind of project that Boyega is perfect for. Because, while director Kathryn Bigelow often stands up for equality within the film industry, Boyega has also faced his fair share of striving to make a difference. And, by reflecting on the past, this film can hopefully help to prompt change in the future. "People of color and women are increasingly being shown on-screen. For things to be whitewashed just doesn’t make sense," Boyega shared in an interview with V magazine in response to the backlash he faced for playing a stormtrooper in Star Wars. "All the films I’ve done have had a secret commentary on stereotypical mentalities. It’s about getting people to drop a prejudiced state of mind and realize, Oh shit we’re just watching normal people." This film's topics of racism and history are the perfect way to help spread awareness and reflect on societal issues.

And this is just one of the many roles the Star Wars star will be taking on over the course of the next year. Boyega has recently been cast in a number of different roles, including the Pacific Rim sequel Pacific Rim: Maelstrom, and the Emma Watson and Tom Hanks starring drama The Circle. Plus, Boyega has even been taking over the small-screen with his recent voiceover stint as Dutch in the animated series Tinkershrimp & Dutch, and he's also set to hit the London stage in a production of the play Woyzeck. Now, with this unnamed new role under his belt, Boyega is officially heading into Oscars territory. That is, of course, if Star Wars doesn't get him an Oscar nomination first.

The film will be released through Annapurna Pictures in 2017.