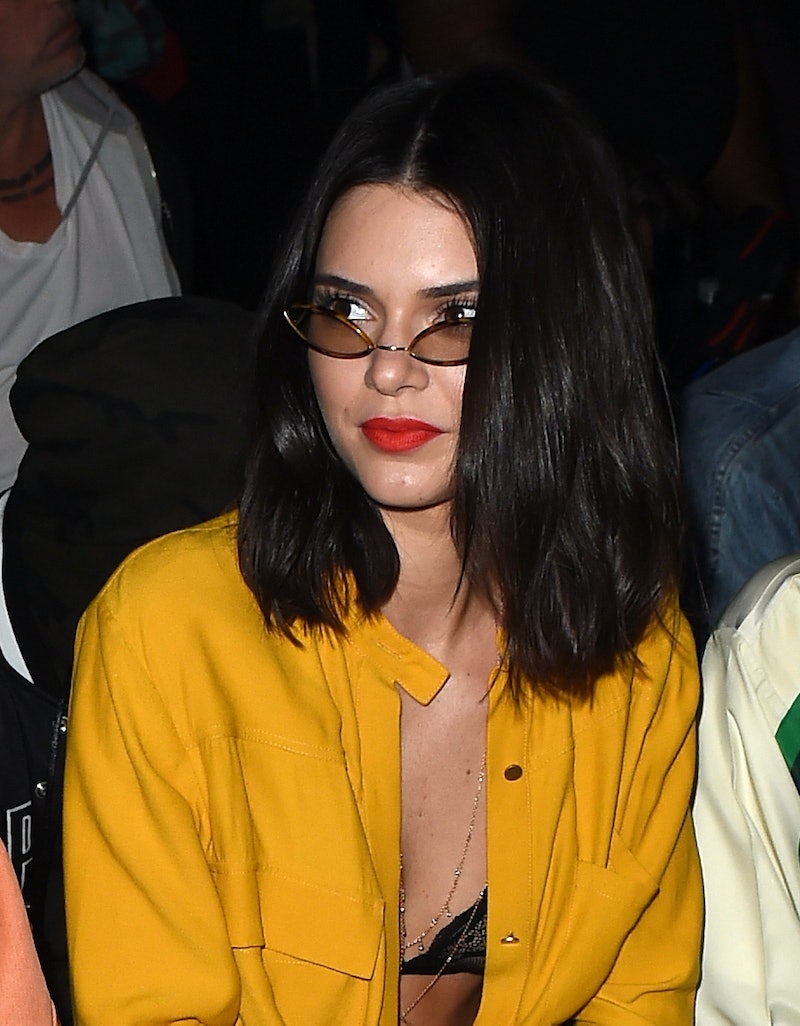 Kendall, is that you?! The supermodel may have just drastically changed up her look IRL by chopping her long locks in favor of a lob hairstyle, but she has now undergone an even more major makeover that makes her look practically unrecognizable. Kendall Jenner stars in Marc Jacob's Fall 2016 campaign, and looks like a totally different person.

The 20-year-old shared a shot of herself from the campaign on Instagram on Wednesday, and had me doing a double take to make sure that was really her. In the photo, she rocks a gothic-chic type of look consisting of a poofy satin black and tulle gown, insanely tall, Lady Gaga-esque boots, larger-than-life crimped hair, and the finishing touch, bleached eyebrows. It's safe to say that she has been completely transformed into a character envisioned by Jacobs, and that's the beautiful thing about fashion.

Check out Kendall's dramatic look in the Fall 2016 campaign.

Here is the model in Marc Jacobs Fall 2016 runway show.

I must admit, I'm kind of digging gothic Kendall.

As one of the most in-demand supermodels in the world, Kendall has transformed her look for her job on many occasions. Let's take a look at seven other times she was unrecognizable for the sake of fashion.

KJ had us fooled for minute when she swapped hair color with BFF Gigi Hadid for Balmain's Fall 2016 show.

3. On The Cover Of Dazed

Kenny, is that really you?!

We could barely see Kendall's face during Marc Jacob's Spring 2015 show, so it's no wonder she was unrecognizable.

When Jenner stepped out on the Chanel Haute Couture 2014 show rocking this mohawk-looking hairstyle, I was totally duped.

This look takes the cake as the most unrecognizable for Kendall.

This choppy 70s-style hair makes her look like a completely different person.