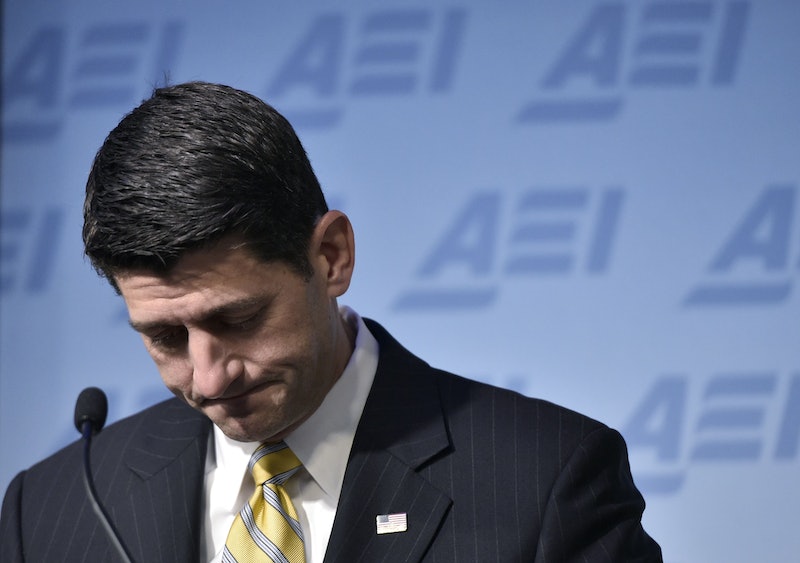 Facing a GOP-engineered blackout, C-SPAN brought coverage of the gun control sit-in unfolding in the House to the masses via social media. When Democrats took over the House floor earlier today to stage a sit-in for gun control following the June 12 massacre at an LGBT Orlando nightclub, confused Republicans didn't know what to do besides to try suppress the media coverage.

Since the House wasn't technically in session, they argued, C-SPAN shouldn't be allowed to broadcast anything from the floor. C-SPAN's cameras subsequently went dark, much to the distress of everyone trying to follow the protest and glean new information. The Democratic protesters themselves proceeded to live-tweet much of the day's events, and the result was a sit-in unfolding much more over social media than traditional broadcast outlets. C-SPAN, though, which initially tweeted out a plea for understanding that the network itself was not in control of when its cameras got to remain on, eventually found a tidy loophole. That loophole is Periscope.

Within a few hours of the camera blackout, C-SPAN proceeded to broadcast live from the Periscope account of California Rep. Scott Peters. You can either watch live, or choose to watch the sit-in from the beginning. In addition to being a creative way of bringing the people what they need, this is a pretty pointed dig at the GOP house members whose only reaction to the sit-in was to try to shush it.