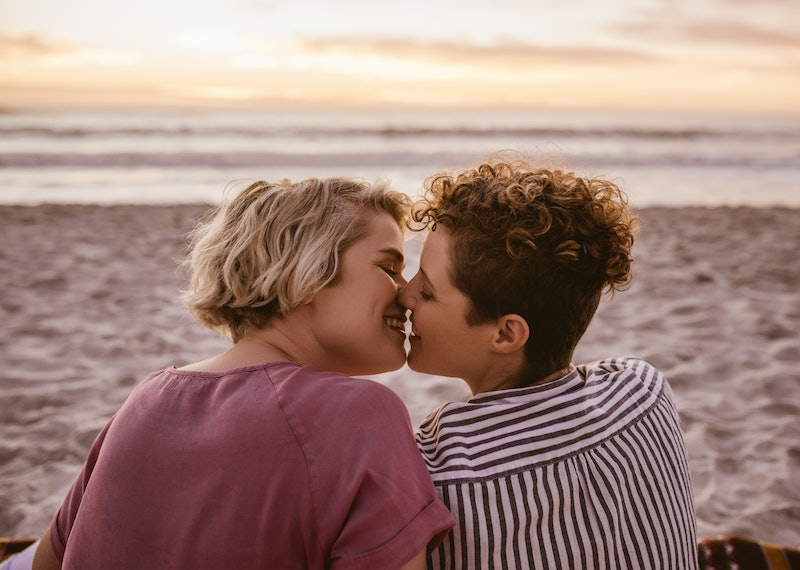 Hot summer sun, less clothing, and more sex. While some argue that summer sex is the absolute worst, an Illicit Encounters study conducted earlier this year found that 62 percent of people say that sex during the summer months was actually their favorite. I'm pretty partial to it, myself. So, many people obviously love getting it on when the weather’s hot. But have you ever wondered why your sex drive increases during the summer?

It's all thanks to the sun's mood boosting power.

"Sunlight has been shown to have an association with serotonin, a key neurotransmitter in the ability to experience pleasure," Ashwini Nadkarni, M.D., a psychiatrist at Brigham and Women's Hospital and instructor at Harvard Medical School told Glamour.

In other words, sunlight has the ability to boost people’s moods and energy levels. Interestingly enough, that interest can be seen in Google searches. As a 2013 study published in the Archives of Sexual Behavior found sex-related searches hit year round highs in the summer and winter months. June, July, December, and January, in particular.

Here are a few ways on how summer affects your sex life, according to experts.

“Sexual cues are everywhere in the summer. Scientists sometimes call this ‘sexualization of the environment,’ which basically means more bikinis, short shorts, and muscle shirts,” Nicole Prause, Neuroscientist at Liberos, a sexual biotechnology company tells Bustle. “You might not be thinking about sex much rushing between warm buildings with only your eyes peeping out, but greater leisure time and the more seductive clothing typical of summer are likely helping to increase your sex drive.”

2. The Sun Increases Our Sexuality

“Sunlight gives people energy," Match’s Chief Scientific Advisor, Dr. Helen Fisher, said in a press release. "This is because the pineal gland in the brain produces melatonin in the dark of winter, making people more sluggish and sleepy. But as the spring and then summer light increases, the pineal gland reduces its production of melatonin and begins to orchestrate the breeding/mating season in many species. It has a direct connection with the retina to pick up changes in the light, and also connects with the pituitary (to trigger gonadal/sexual development in many species) and the genitals. We humans don’t have a mating season; we breed all year long. But increasing light does give us a sunny personality and more energy and optimism—all of which could increase our sexuality.”

According to naturopathic doctor, Dr. Serena Goldstein, ND, Vitamin D levels may increase too. Because of that, people may see an improvement in chronic conditions such as headaches, fatigue, and poor sleep, so as health concerns improve, so will confidence.“In addition, warm weather can equate to outdoor activity, boosting our feel good endorphins that are great to improve mood, energy, and also increase feelings of arousal,” Goldstein says.