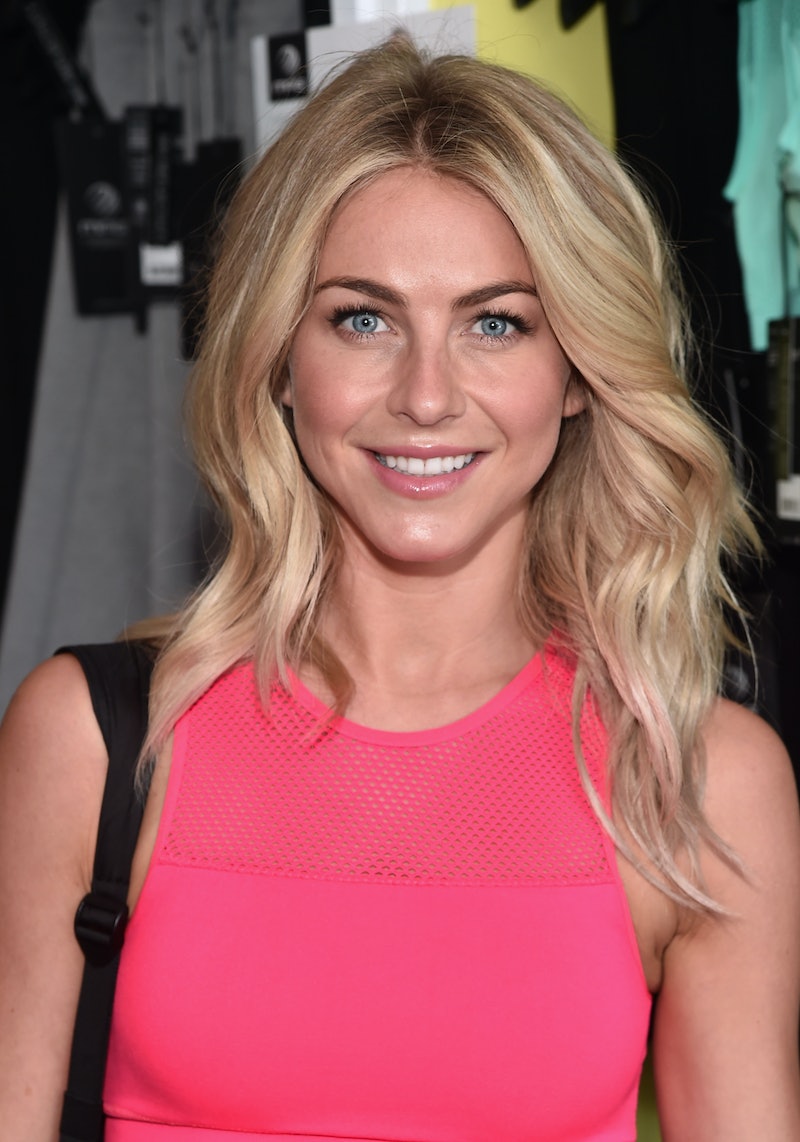 We've seen a lot of celebrities going short for summer — long hair is such a pain when it's crazy hot out — but not everyone wants to stay short this season. Julianne Hough was just photographed out with seriously long hair, according to People, so what's going on? Is Julianne Hough's long hair real? There's no way it grew that fast.

Hough has been rocking a cute-yet-edgy lob for a while now, but she was spotted out in Los Angeles on Wednesday with her hair down to well below her boobs. Confused? Same here. But given that the last time she attended an event and was photographed was just last week and her hair was still in a lob, there is absolutely no way her hair grew that fast, so no, her long hair is not real. Hough is just rocking some seriously gorgeous extensions, and when you see her new hair, prepare for some hair envy. I loved her lob and all, but this is good.

Hough wore her hair parted in the center, and it now falls just below her boobs. She wore it in her signature beachy waves, and it's basically perfect for summer.

I forgot how much I loved her with long hair. But is this look just to switch things up for summer? Possibly — she does have those mermaid vibes going on, but she could also be testing out styles for her upcoming wedding. Exciting! In case you forgot what her lob looked like, this was Hough last week at an event for Shape Magazine.

So she definitely gained a lot of length in a few days. And even though her lob was definitely long enough to wear in an elegant up-do:

She may want to wear it down for her wedding, so the extensions could be the first step towards that. I mean, it's been several years since she's had her hair long:

So maybe she wants to test it out and make sure she still likes it.

Whether long or short, though, girl totally works it.