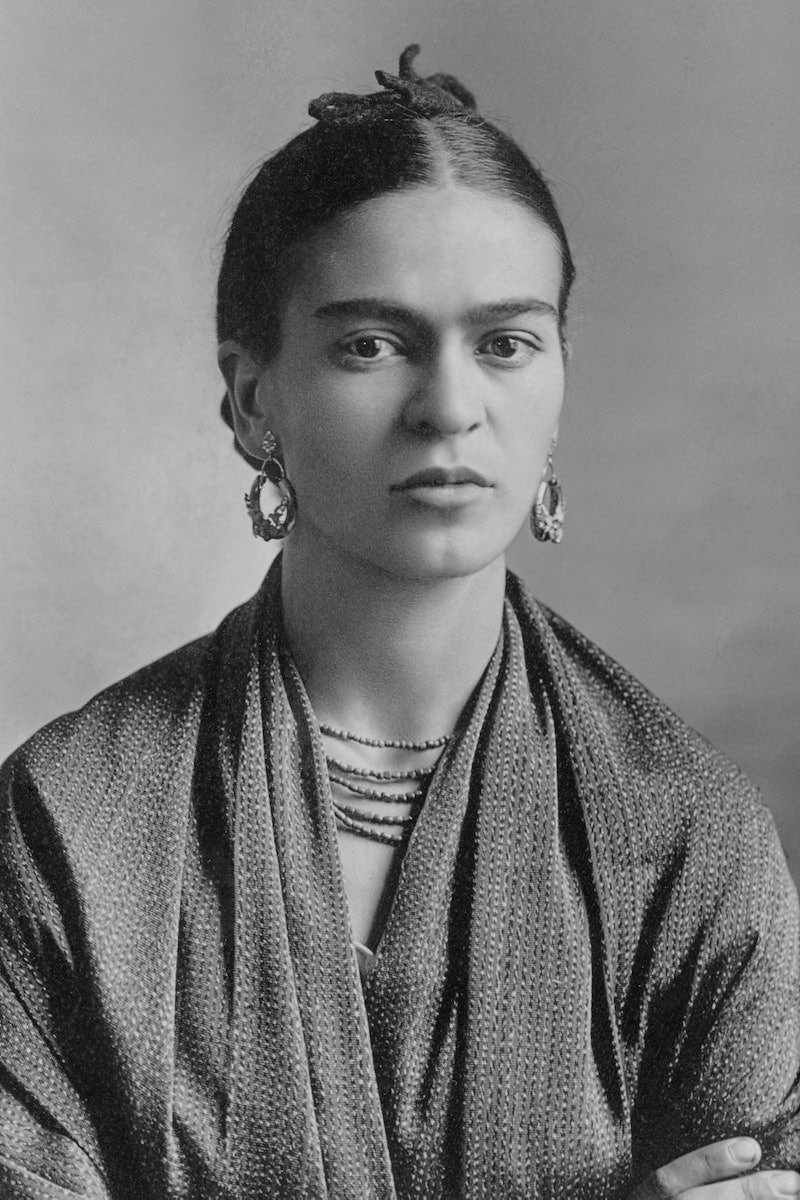 Today we honor Frida Kahlo on what would be her 109th birthday, which is probably far older than she'd ever have wanted to be. What's sad about Frida is the way in which we sometimes talk about her and her legacy. Too often, she's glamorized as a sort of superhuman, an immense talent greater than the common folk around her. This couldn't be further from who Frida was, however. She was person who lived for Mexico, its culture, and its people.

More often than this, though, when we talk about Frida we talk about her tumultuous relationship with Diego and the depths of vulnerability that she demonstrated throughout. The reality is that Frida was deep, complex, and apt for finding words for things others can't, long before she met Diego. In fact, Frida's adolescent love letters confirm not only this, but that Frida was more than a legend, but a raw, feeling human being like all of us.

In her biography, Frida: A Biography Of Frida Kahlo by Hayden Herrera, readers get an intimate look at Frida's teenage years — before she was an icon. It was within her first serious relationship that she began to dip into the rich well of sensitivity and soul she harbored within. Alejandro Gómez Arias, a peer at The National Preparatory School that Frida attended, arguably the best school in Mexico (per Herrera), stole her heart and vice versa. The two fell for each other quickly and began exchanging personal, heartfelt letters to one another in the summer of 1923. It's worth noting that this relationship was not supported by Frida's parents.

In one of her early letters to Alejandro (dated August 10, 1923), Frida begins to pull back the veil on the hyper vulnerable, self-aware persona she'd possess all her life:

"Alex: I received your note yesterday at seven in the evening when I least expected that someone would remember me, and least of all Dr. Alejandro, but luckily, I was mistaken... You don't know how delighted I was that you had confidence in me as if I were a true friend and you spoke to me as you had never spoken to me before, since you tell me with a little irony that I am so superior and I am so far beyond you, I will see the basis of those lines and not see what others would see in them... and you ask my advice, something that I would give with all my heart, if the little experience of my 15 [sixteen] years is worth something, but if good intentions are enough for you not only is my humble advice yours but all of me is yours....

Well Alex, write to me often and long, the longer the better..."

Holy honesty, right? Most of us had weird, overwhelming teenage feelings, but few of us were brazen enough back in the day to admit the butterflies and heart skips we felt for someone. It doesn't stop there, though. Frida basically wasn't ashamed of anything and is probably the inspiration we all desperately needed to be brave enough to express ourselves without shame.

Frida, in addition to writing the way she did, promised to send letters to Alejandro every day to prove that she hadn't forgotten him. She wrote:

"Tell me if you don't love me anymore Alex, I love you even if you do not love me as much as a flea." On one hand, you could argue that Frida's feelings were too intense and focused outwardly on some boy, but in the end, we're all sort of trapped in a vice grip by our love and passion. To deny it ultimately leads to a fruitless lie or a charade, that either convinces everyone except yourself, or only yourself and no one else."

Between 1923 and 1924, Frida and Alejandro became separated not only by their school's break but also by fighting caused by a rebellion against President Obregón. The seemingly hopeless permanence of their separation did little but make their relationship more intense, which of course, gives rise to paranoia, insecurity, and other negative feelings we'd rather not feel.

The pair, ultimately, was able to reunite despite the political unrest in Mexico. In a letter dated December 25, 1924, she writes:

"My Alex: Since I saw you I have loved you. What do you say? (?) Because it will probably be a few days before we see each other, I am going to beg you not to forget your pretty little woman eh? .... sometimes at night I am very afraid and I would like you to be with me so that I should be less frightened and so that you can tell me you love me as much as before; as much as last December, even if I am an "easy thing" right Alex? You must keep on liking easy things."

Even in an age of social media and perpetual connectivity, we still are subject to the kind of crushing self-doubt that tells us our partner doesn't think about us or love us when we're not around. It hurts, badly, even though our partners are much more accessible now than they would be in Frida's time. One can only imagine how she must have felt in this time in her life, a young woman with all the angst and worries that come with being a teen.

The height of her self-awareness, bravery, and honesty comes out in a letter on January 1, 1925. In it, Frida talks about jealousy, something that even the most seasoned adults struggle to deal with and understand.

"... Concerning what you tell me about Anita Reyna, naturally I would not get mad even as a joke, in the first place, because I love all the people you love or have loved (?) for the very simple reason that you love them, nevertheless I did not much like the thing of the caresses because in spite of the fact that I understand that it is very true that she is chulisima [very cute], I feel something like...... well, how can I say it, like envy you know? but [sic] it is natural. The day you want to caress her even if it is a memory caress me and make believe that it is her eh? My Alex?

Despite being in what they referred to as love, the pair eventually separated. But the mark they left on one another would never fade. Their love shows how complicated relationships are, but also that even the most extraordinary people in history, like Frida Kahlo, were once teenagers like us, just as full, awkward, and unsure.