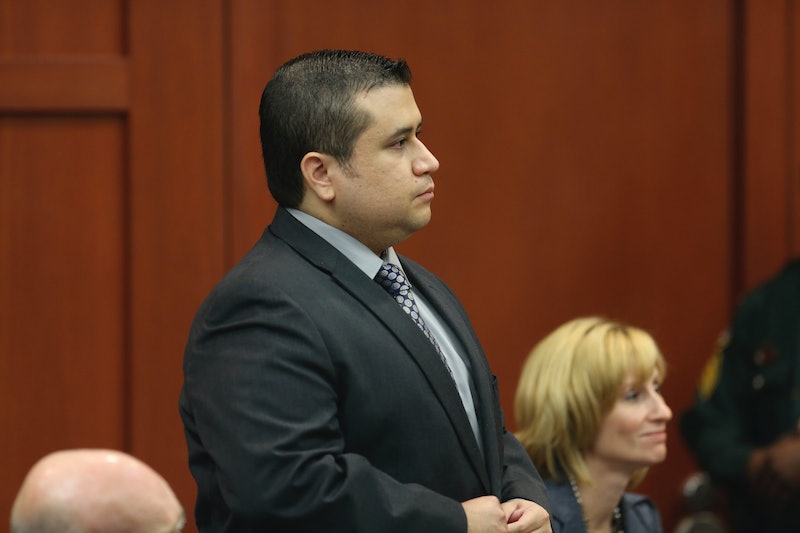 For three weeks, George Zimmerman has sat quietly in court as attorneys hotly debate what happened between him and Trayvon Martin on the evening of Feb. 26, 2012. He's chosen not to testify, instead allowing his lawyers to passionately argue that Zimmerman shot Martin only in self-defense—and Martin, of course, is unable to put forward his side of the story.

The jury will likely recess to make their decision either Friday night, or first thing Monday, and has now been told to consider manslaughter charges, as well as second-degree murder.

The prosecution's narrative has been vague—a point much-hyped by the blaze of media covering the trial. Zimmerman was a wannabe cop, is their argument, and Trayvon Martin is dead today because of his overzealous policing and racial profiling. The defense doesn't refute the point that Martin is dead because Zimmerman was carrying a gun when the two allegedly began scuffling, but has a clear line of argument: Martin was the aggressor, and Zimmerman acted in self-defense.

A huge factor in the jury's decision is that the State has been unable to establish a clear scene in which Zimmerman actually committed second-degree murder—defined as an un-premeditated act of "ill-will, spite, hatred and evil intent." Witnesses have testified that Zimmerman applied to be a policeman, was overly and unnecessarily keen to protect his community, and shot Martin at close range. None of that, however, conclusively confirms the charge of second-degree murder for the jury—and legally, they have to feel certain that this was the case to accept Zimmerman as guilty.

A more likely outcome is that Zimmerman will be charged with manslaughter, which carries a lighter sentence. No one's arguing that Zimmerman killed Martin (the semantic definition of manslaughter,) but if the jury believes that he only acted because he had to, and only to protect and save his own life, then that's legal under Florida's "Stand Your Ground" law, and he'll walk. The charge of manslaughter would be reached if the jury believed that Zimmerman didn't intend or want to kill Martin, but still acted in a way that was preventable and unnecessary.

"What happened out there was not a crime," argued Zimmerman's lead attorney, Mark O'Mara, in closing statements Wednesday morning. From the beginning, O'Mara has claimed that there are "no monsters" in this case, just a sad and unfortunate series of events.

"A teenager is dead," fired back the State's lawyer in his own closing statement Thursday afternoon. "He's dead because another man made an assumption."