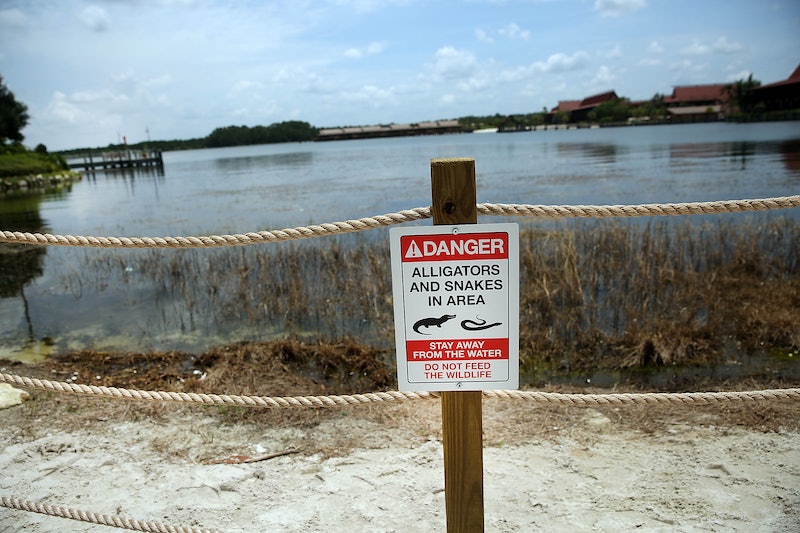 On June 14, two-year-old Lane Graves was playing in a shallow lagoon at an Disney World resort when an alligator came out of the water and snatched him. The Graves family was on vacation, and are originally from Nebraska. Graves was killed by the alligator, and divers recovered his body hours after the attack. Florida Wildlife officials have now confirmed that the alligator which killed Graves has been euthanized. Authorities determined that "drowning and traumatic injuries" were the cause of Graves' death.

The alligator was euthanized after trappers captured three alligators of similar size which could have been responsible for the death of the young boy. On Wednesday, the Florida Fish and Wildlife Conservation Commission released a statement on the matter which read: "The FWC is confident that the alligator responsible for the attack has been removed [from the Seven Seas Lagoon]. This conclusion is based on expert analyses and observations by staff with extensive experience in investigating fatal alligator bite incidents. The conclusion took into account the proximity to the attack site of removed alligators and witness descriptions."

The Graves family held a funeral for their son on Tuesday in Nebraska, and organized a charity to honor the toddler, the Lane Thomas Foundation. In a statement on the website they wrote, "Losing Lane has broken our hearts in the worst possible way. While there is no way to mend our hearts, we can do good work in his honor. If you would like to honor Lane, donations are being accepted on behalf of the Lane Thomas Foundation at the Omaha Community Foundation. We will use these funds to make direct donations to various charitable organizations. One hundred percent of all donations will be received by the charitable cause."

Sheriff Demings of Orange County, Florida said that in all of the 45 years that Disney had been running its business in the area, no similar incidents involving alligators had ever been reported. The FWC executive director, Nick Wiley, said in the organization's statement: "There are no words to describe the profound sadness we feel for the family of Lane Graves. We will continue to keep this family close to our hearts as they deal with the pain and grief of the loss of Lane."