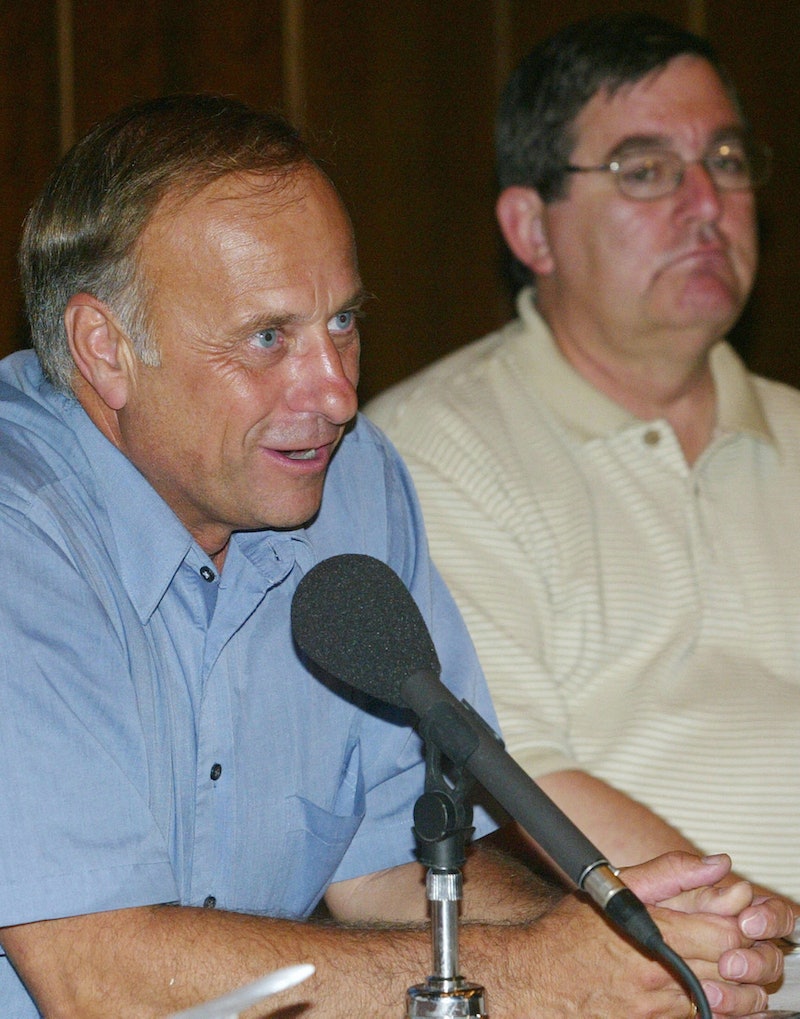 As the gun control sit-in stretched into is second day on the House floor, Republicans became increasingly frustrated with what they saw as nothing more than a plea for publicity. Speaker Paul Ryan dismissed it as a "publicity stunt" on CNN, adding, "This is not about a solution to a problem. This is about trying to get attention." The sit-in came to an end early Thursday afternoon, but the push for gun control, nor the Republican vitriol won't be forgotten soon — Rep. Steve King tweeted the worst sit-in response, perhaps, of all.

I've had it with the gun grabbing Democrats and their sit in anti 2nd amendment jihad. I'm going to go home and buy a new gun.

The Iowa congressman is the same member of the House of Representatives who recently made headlines for his very tasteful and honorable crusade to block Harriet Tubman from her rightful place on the $20 bill. Not content with the earlier portion of the week’s efforts to maintain a culture of sexism, racism, and historical whitewashing, King took it upon himself to tweet out his thoughts on the sit-in.

This is an all-around terrible tweet. It has no redeeming value. It is emotionally terrible, as the loved ones of the Orlando massacre victims are still in shock and grief. It is culturally and racially terrible, invoking Muslim terrorist tropes and effectively crapping on the scraps of bipartisan unity that have surfaced since the massacre by vilifying the Democrats in a vacuum. It is morally terrible, for obvious reasons. It is also grammatically terrible, which is not be dismissed since we’re talking about a sitting congressman.

It is also terrible because it has the potential to incite violence, to tip over the edge someone who was already on the verge of reaching for their own gun. If I lived in probably any other advanced nation on Earth, I would not make such a statement, because it would feel melodramatic and over-excitable and all-around a little unwarranted. Here, though, where gun violence has reached such a pitch that we are besieged with alerts about mass shootings weekly, if not daily – there were 43 shootings on June 12 besides the massacre in Orlando – it does not feel hyperbolic. Here, a tweet like that is what push people on the verge of action into taking that action. It is irresponsible in every sense of the word.

Also, for the millionth time, can we move forward the concept that when the Founding Fathers drew up the Second Amendment, they weren’t exactly envisioning the development and widespread commercial availability of semi-automatic weapons? This point is so commonly referenced among gun control proponents that it’s nearly become a cliché, yet 2A fans never seem to quite respond to the fact that their patriotic idols were trafficking in muskets, not AR-15s. Times change.