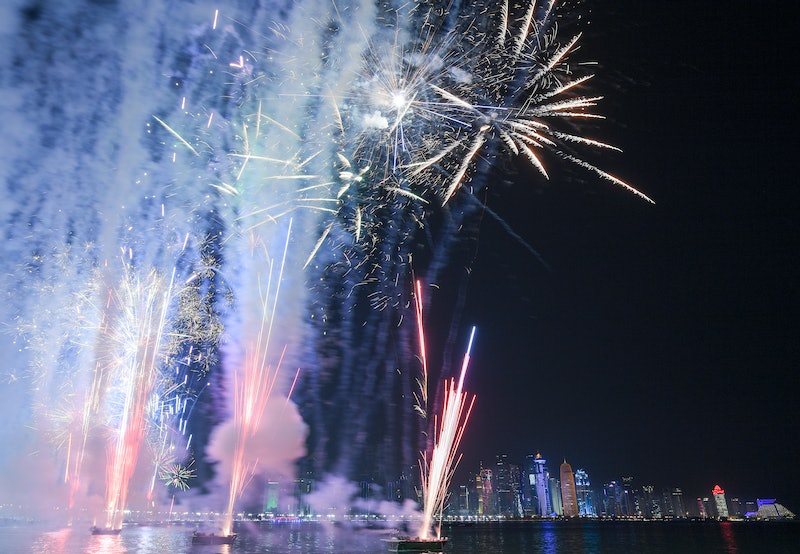 Have you ever wondered why we celebrate the Fourth of July with fireworks? Common sense hypotheses would include things like this: Americans like loud booming noises and explosions are fun, or maybe this is another one of those articles about how the Pagans really invented fireworks along with everything else. But all of those hypotheses are, historically speaking, a little off. We actually celebrate America's Independence Day with fireworks because John Adams thought it was a cool idea.

Before John Adams was featured in two of Broadway's most popular histori-musicals Hamilton and 1776, he was the second President of the United States and a Massachusetts delegate to the Continental Congress. By 1775 when British Parliament declared Massachusetts to be in rebellion, Adams was fully committed to the cause for American Independence. He often wrote to his wife Abigail about his impatience with the sluggish pace at which his fellow representatives would move toward what he believed to be America's inevitable departure from Great Britain (side note: if John could see us today).

When the vote for American Independence was finally unanimous, Adams put pen to paper. In a letter he wrote to Abigail one day before the signing of the Declaration of Independence, Adams mused that July 4th should be recognized “with Pomp and Parade, with Shews, Games, Sports, Guns, Bells, Bonfires and Illuminations from one End of this Continent to the other from this Time forward forever more.” And by 1777, when the United States celebrated its first birthday, Boston and Philadelphia, where Adams lived and worked, respectively, both lit up the night with fireworks displays.

But America was still fighting the Revolutionary War in July of 1777, and things weren't exactly going the way of the former colonies. Some historians believe that the fireworks and other festivities on the Fourth of July acted as a morale booster — and one that worked. In the second half of 1777, the tired and beleaguered American troops started to gain ground on British forces and claimed a major victory in October of that year at the second Battle of Saratoga. Shortly after the victory at Saratoga, the French army arrived to fight on the side of the USA, bolstering the American army with much needed supplies and men.

So, this Fourth of July, light a sparkler or two for the vision of President John Adams — the guy who very well may have shouted this country into existence from an un-air-conditioned room in Philadelphia — dramatized here by Mr. Feeny himself (William Daniels) in the 1972 film version of 1776.

More like this
35 Ideas For 4th Of July Nails That Go Beyond Red, White, & Blue
By Audrey Noble
13 Summer Solstice Quotes To Celebrate The Longest Day Of The Year
By Sadie Trombetta
The Summer Solstice Spiritual Meaning, Explained
By Jessica Booth and Brittany Beringer
5 Ways To Stand In Solidarity With Women In America From The UK
By Sophie McEvoy
Get Even More From Bustle — Sign Up For The Newsletter