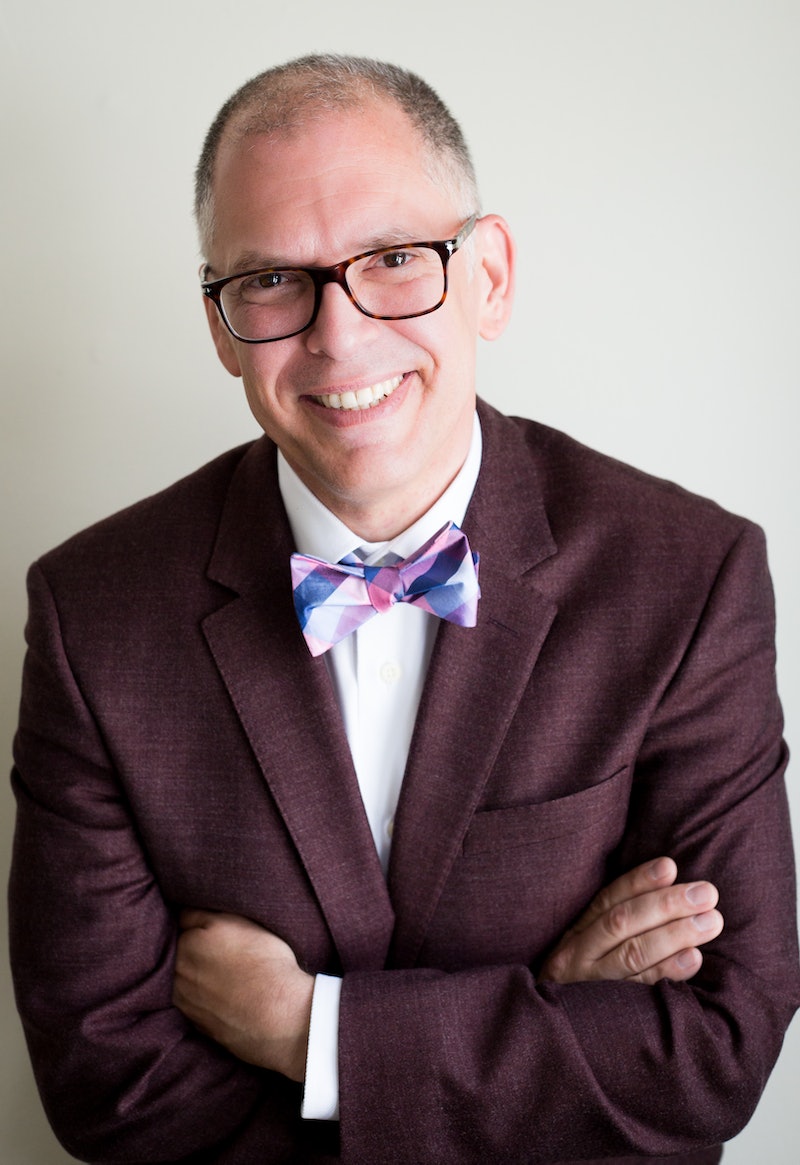 As he has stressed many times, Jim Obergefell did not plan to become the face of a landmark Supreme Court case for marriage equality. Yet, his name is enshrined in U.S. history as the lead plaintiff in Obergefell v. Hodges , in which the Supreme Court ruled on June 26, 2015 that same-sex couples had the constitutionally protected right to marriage.

"To me, I felt like an accidental activist," Obergefell tells Bustle, explaining how his quest to have his marriage to John Arthur, his husband of three months (who passed away from amyotrophic lateral sclerosis (ALS) in 2013) and partner of more than 20 years, recognized. "We ended up in this spot where getting married became something that carried even more weight, even more importance," Obergefell says. "And we never planned to file a lawsuit."

But they did so that Obergefell could be listed as Arthur's spouse on his death certificate in Ohio — the state where they fell in love, made their home, and resided — even though the state did not recognize their marriage, which took place in Maryland.

"So, all these things just happened, and it felt to me like a series of accidents, a series of circumstances and conditions that just fell into place," Obergefell says. However, a year after the ruling, Obergefell has discovered something new about himself and the whole process: "For me, the biggest change has been realizing that I’m no longer an accidental activist. I am a really purposeful activist ... It's this realization that it’s more important for me to fight for others, to speak for people who are either unable, unwilling or afraid to speak for themselves."

And Obergefell certainly has done so over the past year. Not only has he co-authored Love Wins with Debbie Cenziper, but he's traveled the country, meeting with different members and friends of the LGBT community. Obergefell tells Bustle that because he took his case to the Supreme Court and has become an activist, he fills certain roles in his life that his beloved husband had served.

"I was kind of lazy, and I relied on John, and his incredible skill and talent at being social, and building relationships, and meeting people, and whatever, and I would just sit back and let him run with that," Obergefell admits. "And now I find that’s what I’m doing, so in a lot of ways, it feels like a great legacy for John. You know — our marriage, my love for him, his love for me — one legacy is the fact that we started a fight that has resulted in nationwide marriage equality, but for me personally, it has changed me in so many ways."

However, over the past year, Obergefell has also witnessed larger changes to the LGBT community — both good and bad. One of the best has been seeing so many same-sex couples getting married in the past year. He talks of the recent Gallup poll that shows 123,000 same-sex marriages have occurred since Obergefell v. Hodges , which marks a 33 percent increase. "For me, I feel like I’m part of every one of those. And what a gift. What a thank you."

At the same time, Obergefell is deeply alarmed by the spate of attacks specifically targeting the transgender community. "You know, with marriage equality, they lost that fight," Obergefell says of its opponents, who he believes are redirecting their ire towards transgender people. "Unfortunately, the most vulnerable part of our community are our transgender siblings. They’re the ones now being targeted by opponents of equality because they feel like they’ve lost the fight against the LGB part of the community, so now they’re going after our transgender siblings, and it's rather disgusting, and disappointing."

"I knew there’d be backlash," he says. "What saddens me is how vicious its been, and how the people who are opposed to LGBTQ equality, they just always need someone to blame, someone to target."

When asked what's the biggest threat that the LGBT movement in America faces, Obergefell does not cite one of the recent state bathroom bills or how many of the Republican presidential candidates vowed during the campaign this year to reverse President Obama's executive orders tackling anti-LGBT discrimination. Instead, he talks about a more general societal problem — "a continued need of some people to demean us, to denigrate us, to blame us and to treat us as less than human," Obergefell says.

"Until other people can acknowledge that we are people, we are no different because we love someone of the same sex or we have a different gender identity, that’s the biggest threat," says Obergefell. "Unfortunately there are people who are willing to use lies and whip up hatred against us to keep us down, to keep treating us as less than."

Despite this backlash against the LGBT community, Obergefell is still hopeful that his landmark Supreme Court battle — and the fact that it has enabled thousands of other couples to get married — will combat falsehoods and stigma. "I hope now that that everyone has had a chance to meet a same-sex couple who has married and seeing that we are no different and that we simply want to love the person we love and commit to that person and make sure that that person is safe and protected, I hope that can help change your mind, open your heart, even just a tiny fraction," Obergefell says.

"If by getting to know us and realizing we’re just people who want the same thing, that’s how hearts and minds change. That’s the impact I how the decision has made," Obergefell says. Even though he's already taken his battle for marriage equality to the Supreme Court, Obergefell is continuing to change even more hearts and minds by sharing his love story with John Arthur and being an activist — accidental or not.