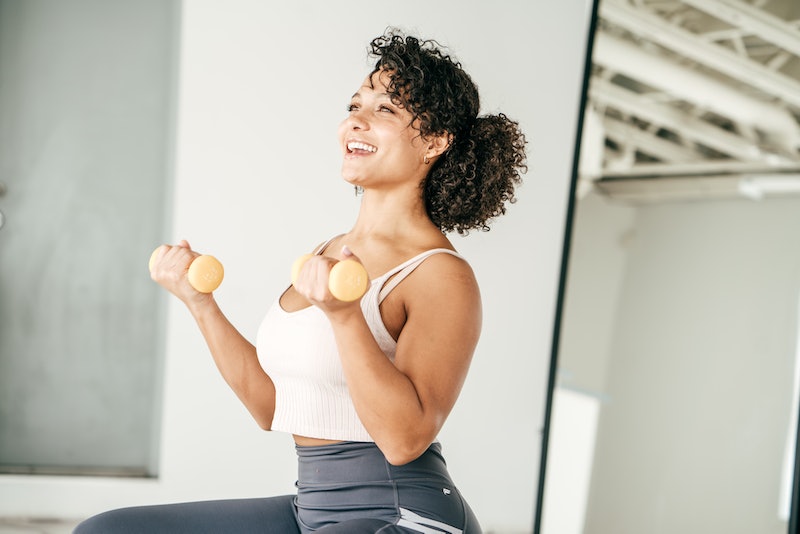 Body dysmorphia isn't a simple extension of low self-esteem, or bad body image; it's a much-misunderstood anxiety disorder with strong links to obsessive-compulsive traits, and it can cause deep difficulties for people who suffer from it. OCD UK estimates that over 0.5 percent of the population may suffer from body dysmorphia (BDD), or over 1.5 million people in America alone; but the signs aren't well-known, and it's easy to miss them in a friend or family member if you're not familiar with the symptoms. What may look like vanity or a curious obsession may actually be an intrusive and controlling mental issue that requires professional help. But how can you spot the signs of body dysmorphia?

It's not just about women and the pressures on our gender, either; one Pakistani study found that body dysmorphia was more common in men than women. There are certain risk factors for developing body dysmorphia, from the presence of other mental issues like depression and serious eating disorders to environmental factors like family discord and the health and attitudes of parents, but it's not something that can be predicted with accuracy. It's also not minor or something to be viewed flippantly; body dysmorphics are often controlled by their distorted beliefs about their bodies. It goes a lot further than feeling a bit down about dimpling on your thighs or an asymmetrical nose.

If you suspect that somebody in your life has body dysmorphia, the first thing to recognize is that you need to take it seriously. The second is that their belief in their physical flaws is exceptionally real to them, and they're not deliberately trying to be difficult. The third is that the necessary professional help is available. It's going to be OK.

1. They Cannot Be Reassured About A Particular Body Issue

Body dysmorphia isn't often targeted at the entire body; sufferers often focus, and fixate, on one part of their body that's "imperfect". Skin, hair, body weight, the stomach, and features on the face are the most common areas for dysmorphics to become concerned about. Body dysmorphia is classified as a long-term disorder of focused anxiety, where significant attention over a considerable period of time is paid to the perceived imperfection or physical flaw, and the sufferer cannot be made to look at it in a "rational," objective way. The dysmorphic viewpoint is inherently distorting; patterns of anxiety over months and years reinforce the idea that the body part is completely awful, and that nobody else is telling the truth about it.

2. Their Thoughts About Their Body Are Invasive And Distressing

The Anxiety and Depression Association of America classifies body dysmorphia as a disorder of "persistent and intrusive preoccupations with an imagined or slight defect". The intrusive bit there is important: the thoughts of body dysmorphic people are repetitive and out of their control, cut into or "interrupt" other things, and cause them intense distress. This combination of intrusion and distress is a feature of obsessive compulsive disorders, of which body dysmorphia is a relative; the mind is unable to shift from its loop of obsessive thinking, and the thinking itself causes significant emotional worry and misery. People with body dysmorphia differ from OCD sufferers in numerous ways, though; for one, they're more likely to have a strong "delusion" that cannot be shaken, and for another, they're more likely to be suicidal.

3. They Have A Complicated Relationship With Mirrors

You might expect body dysmorphic people to avoid mirrors altogether, but the obsessive component of the disorder means that this can go one of two ways. The ADAA explains that people with body dysmorphia can either leave mirrors alone, out of fear and distress about their "defect," or check them compulsively, unable to stop monitoring and altering them, applying make-up, rearranging clothing, picking, or otherwise changing their appearance. If a friend or family member seems to have a strange reliance or avoidance when it comes to mirrors, this may be a signal that something deeper is happening.

4. They Have Obsessive Habits Around Their Appearance

Body dysmorphia is not low self esteem gone mad. Its roots in clinical anxiety and relationship to obsessive compulsive disorder, the mental health charity MIND explains, mean that it's classified as a serious disorder; but those links can provide us with clear behavioral clues. One of the most obvious "rituals" or habits of body dysmorphics is obsessive attention to appearance, usually focused on the perceived flaw. These can take many forms, including concealment, heavy cosmetic use, pathological weight checking, skin-picking, and hair-pulling. A body dysmorphic's obsessive behaviors are designed to reassure them and make them feel temporary relief, but the word "temporary" is key there.

5. They Isolate Themselves From Social Situations For Fear Of Judgement

BDD, as it's called in shorthand (rather like OCD for obsessive-compulsive disorder), can have a seriously isolating social impact. The development of intrusive anxiety surrounding physical appearance often leads to a BDD sufferer's social isolation, as they want to hide their "defect" from their friends and family, and not suffer the judgement of exposing it to strangers. If they do manage to come out, they won't be able to enjoy themselves fully, as they'll be attending to and worrying about their bodily flaw. This can lead to damaging perceptions of vanity or shallowness, or frustration among their friends that they can't "let it go".

6. Their Life Suffers Because Of Their Distorted Belief

Frustrated friends and social isolation are only the start when it comes to the ramifications of body dysmorphia. Like other anxiety disorders with intrusive components, body dysmorphia "takes over" the internal life of a sufferer, distracting them from work and friendships, and making them particularly isolated in intimate relationships, as they can't be reassured of their own attractiveness. It's what's called "disruption of functioning," which is a fancy way of saying that it makes itself a priority and makes difficulties for everything else. A body dysmorphic's time, attention, and money are all intimately tied with their flaw, and other demands on those things will always be treated as second-best. One sufferer described it to the BBC as "immobilizing".

7. They May Seek Surgery For The "Problem"

With the increasing accessibility and affordability of plastic surgery, many body dysmorphics will at least investigate medical options to "fix" their problem, whether it's an asymmetrical face or "too much" body fat. The upsetting aspect of cosmetic procedures for body dysmorphia is that the flaw is located in the sufferer's mental perception, not in the body itself. This means, as the Mayo Clinic explains, that body dysmorphic people who have surgery will likely "feel a temporary satisfaction, but often the anxiety returns".

Indeed, a BBC investigation in 2015 found that 15 percent of all plastic surgery patients likely have BDD, but only 10 percent of body dysmorphics who've had surgery will be permanently satisfied afterwards. Surgeons may also refuse to operate if they sense a prospective patient has body dysmorphia.

If you do believe that a friend or family member has body dysmorphia, the key is to understand that this isn't a minor psychological issue, and can't be dieted away or made over. Treatment tends to involve cognitive behavioral therapy and possibly medication, but it's often a long-term, extended process and they won't wake up "cured" overnight.