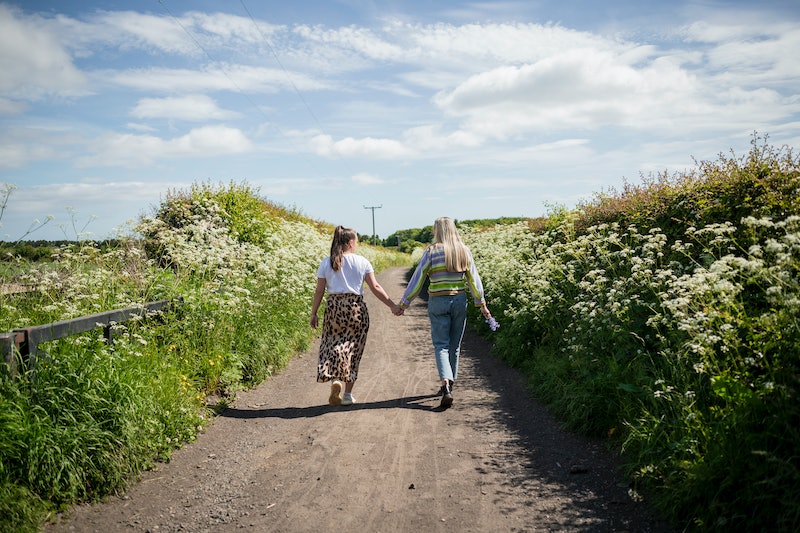 What does supporting a survivor of sexual assault really mean? Is it sufficient to say the right things when asked, or retweet stories like the Stanford rape survivor's letter, or get involved in conversations about rape culture at parties? And how do you expand your support from the specific friends and family members who may have suffered to your cultural approach and life in general? The good news is: you can do very little things that mean a lot. And your informed, ready voice can really change the conversation for the better.

Sexual assault survivors have to deal with a lot of silencing, from the legal system, families, institutional structures and often their own emotional trauma, guilt, and shame; so many of the best ways to help and support them are structured around facilitating their voices, and allowing them to be heard. Nothing more, nothing less. In a broader context, you can show your willingness to stand up for them and all victims in general by being involved, and stopping anybody who's spreading inconsistencies or myths about sexual assault and its victims and perpetrators. It's not difficult, though it does require action. But you don't need to feel powerless, or as if you can't do enough to help people who've been hurt.

If you only do small things to support sexual assault survivors, make them these seven actions, from picking your language carefully to paying attention to security and understanding problematic societal structures.

Language is important. The particular ways in which you address a survivor and what happened to them can be crucially significant for indicating how you're supporting them in this situation. RAINN, the anti-sexual violence organization, recommends using phrases like "I'm so sorry" and "you are not alone," and staying well away from anything that might indicate judgement of them: "why did you XYZ," "why couldn't you have XYZ", and anything that might cause sensations of shame or blame is off the table. And if they want to talk about it, talk about it, or else explain in a calm and nonjudgemental way why it's not a good time for you right now.

It's a little thing, but a big deal: if you believe a sexual assault survivor, don't just assume they know. Make it clear in your actions, your support, your discussions, and by telling them you believe them. Forensics For Survivors advises, "Survivors of sexual assault often worry that they will not be believed. Tell the survivor directly, “I believe you”.... When a survivor feels believed, you have helped them start to heal." Provide a bedrock, so that if they encounter people who doubt them, they always know they can count on your belief.

3. React To Their Reactions

As we're learning, reactions to sexual assault are varying and complex, and one of the most subtly supportive ways to help a survivor of sexual assault is to understand that fact. How do you put that into practice? By reacting to their own reactions, rather than what you assume about how they're feeling. The student sexual violence organization Know Your IX has a good summary of the most effective approach: "Just as you shouldn’t minimize the assault, don’t catastrophize either." The assault is important and deeply invasive, but the survivor may not appreciate being treated as if it's the end of their world unless they feel that way as well.

If you're going to discuss anything with a survivor that might touch on their assault, it's a kind and supportive idea to make their environment as comfortable and soothing as possible, and warn them ahead of time. Don't just spring it on them because you assume they're in a mental state where they might like to talk about, and avoid discussing it in public places unless they do. Environmental security is important; Pandora's Project suggests a cup of tea, blankets, a secure place, even soothing music.

5. Learn About How Assault Is Reported

This is a strategy of support that doesn't necessarily involve interaction with a survivor themselves. If you're talking about sexual assault, reporting, court cases, or anything else around the topic, try to learn about the structures that make it an atypical legal situation and can make it exceptionally hard for survivors to make cases or mount them successfully, seek medical help, or discuss their situations with others. Everyday Feminism has a very good primer on the difficulties built into societal structures for victims of sexual assault; it's important that they're part of the conversation, so that everybody realizes this isn't like reporting a mugging.

6. Be A Visible & Political Supporter

If you read about the Stanford students who supported the rape victim of Brock Turner at their college by carrying signs and mounting protests at their own graduation, you might get a glimpse of the power of open protest and anger about the treatment of assault victims in general. Get involved. Every person at a rally about rape culture, every positive commenter on a story about a survivor, every letter of support, every demonstration of political and ideological dedication to justice for survivors and the end of sexual assault as a cultural norm, is a sign of support. Wear your beliefs on your sleeve, from wearing a No More badge (above) to changing your profile picture to an It's On Us pledge.

7. Correct Others' Misconceptions When You Hear Them

Being a sexual assault survivor in public can be an extremely upsetting, traumatic experience; horrific misconceptions about sexual assault and "blame" are widespread, and it can be infuriating at best to deal with them. The 2014 viral spread of women sharing what they wore when they were assaulted, with the implication that your clothes do not matter and do not present an invitation, was in response to a Twitter argument between a survivor and a man who argued that women in short skirts were to blame for their own assaults. Don't leave them to deal with this sh*t on their own.

If you see a misconception about sexual assault on your timeline — that it only happens to women, that it doesn't count if you're drunk, that you can be "asking for it," that expressing consent and then taking it away doesn't mean rape, that being a good swimmer means you shouldn't be punished for violating somebody's body — call it out. Spread your own beliefs, openly and clearly. Work to make others understand the realities of consent, whether it's that fantastic viral "tea" video above or in some other means. Contribute to the conversation positively and you may just change a few minds.