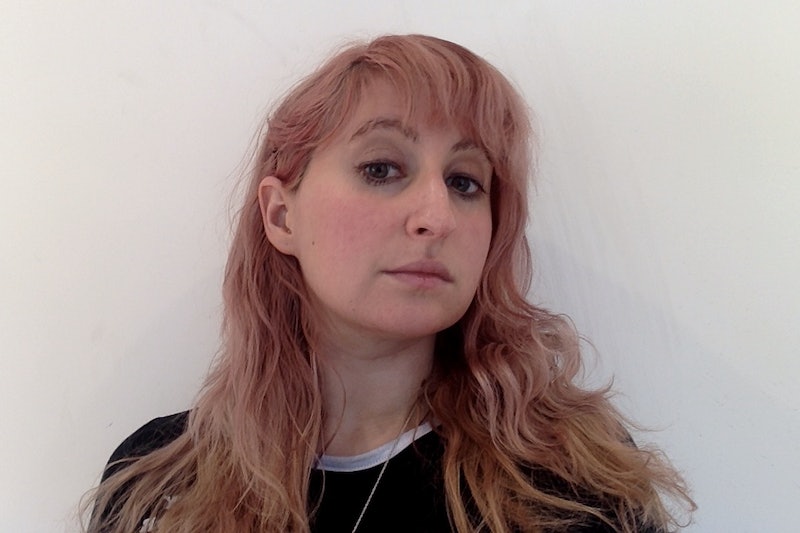 If you're someone who likes to stay on top of the U.S. abortion debate, you're probably over the moon about today's Supreme Court ruling on Whole Woman's Health v. Hellerstedt , which struck down abortion regulations that would have closed down more than half of Texas' abortion clinics. This case is the Supreme Court's first major abortion-related ruling in 20 years, and a major watershed for reproductive justice, because the law it ruled against is called a "TRAP law" — an increasingly common genre of law that looks to keep women from being able to get abortions not by outright banning them, but by piling heaps of hard-to-adhere-to regulations on abortion clinics until they are forced to close, leaving women with fewer abortion resources. The law, the Texas Omnibus Abortion Bill 2 (HB2), was far from the only TRAP law in the country — but this ruling may be the first step in fighting back against these laws, which anti-abortion activists claim protect women's health. But I, as a woman who has actually had an abortion, say that they don't. In fact, I don't believe they do a single thing, except make it harder for women who want abortions to get abortions.

TRAP stands for "Targeted Regulation of Abortion Providers," and is any kind of law that seeks to make facilities that perform abortions meet clinical standards that are more in line with a place that performs inpatient surgery, rather than outpatient surgery. Basically, TRAP laws require that abortion clinics look like emergency rooms, rather than the office where you got your wisdom teeth removed.

This would make some sense if abortion were actually more dangerous than other outpatient surgeries. But it's not. A study compiled by researchers at UC San Francisco in 2015 examined facts related to 54,911 abortions, and found that, overall, only two percent of abortions led to complications. That makes it significantly safer than wisdom tooth removal surgery — seven percent of wisdom tooth removal surgeries lead to complications. Yet, as you may have noticed, there is no move to force oral surgeons to close down their offices until they can install hallways large enough to run a gurney through (a frequent demand of TRAP laws).

Of course, I'm no doctor. So here's what an actual doctor had to say about TRAP laws: Dr. Nancy Stanwood, an Associate Professor of Obstetrics and Gynecology and Section Chief of Family Planning at the Yale School of Medicine, Associate Medical Director of Planned Parenthood of Southern New England, and former Board Chair for Physicians for Reproductive Health tells Bustle, “Our physicians are profoundly committed to women’s health and well-being, and know better than anyone the true consequences of harmful restrictive abortion regulations...TRAP laws are yet another example of politicians attempting to ban abortion by intimidating doctors. These laws impose onerous restrictions on abortion providers that are not required of other outpatient surgical and medical care, ultimately limiting our ability to provide safe, compassionate medical care.”

It's easy to get confused and think they're just about making sure that women are treated properly by doctors, but make no mistake: TRAP laws are actually about closing down abortion clinics, not protecting the health and safety of women getting abortions. I was lucky enough to have my abortion in New York, a state with no TRAP laws on the books, which means that I didn't have to deal with the real threats to women's health and safety when getting an abortion — like waiting periods that made me miss work, or arduous travel to distant clinics because someone closed the clinic near me because they thought its hallway was too skinny. And yes, somehow, I managed to survive the two big "threats" that TRAP laws claim put women's health at risk.

1. My Doctor Didn't Have "Admitting Privileges" At A Local Hospital

In the law being challenged in Whole Woman's Health v. Hellerstedt, and many other similar laws, physicians who provide abortions are required to have admitting privileges at a hospital that is within a 30 mile radius of where the abortion was performed. Eleven states currently have laws stating that only doctors who have admitting privileges at a nearby hospital can perform abortions.

Now, you might be reading that and thinking, "Well, that makes sense — who wants to see a doctor who doesn't have admitting privileges? I like my doctors to have ALL of the privileges!" If you're thinking that, odds are, it's because you don't actually know what "admitting privileges" are. "Admitting privileges" doesn't mean that a doctor is fully accredited, or considered in good standing by the medical community — it just means that a doctor is a member of a hospital's medical staff who is allowed to admit a patient to the hospital without having said patient be examined by an additional doctor. And it's a status that is rarer than you'd think.

My Experience: I didn't think to ask any of the medical staff who examined me in advance of my abortion if they had hospital admitting privileges. Rather, I checked actual things that were important to me — did the clinic seem clean, did the staff seem kind, did other women who went there report online that they had had a good experience? I, like most human beings seeking medical care, was more concerned with actually getting my medical need taken care of than I was in checking my doctor's paperwork. Did you check to see if the person who removed your wisdom teeth had admitting privileges?

And even if I had, I wouldn't have cared — because in the very unlikely event that I did have complications at home, I would have just called 911 and gone to the ER, a situation that wouldn't have involved the doctor who performed by abortion in any capacity.

TRAP laws also require that facilities that provide abortions hew to surgical standards that no other facilities that provide outpatient surgical treatment have to follow. In Texas, that means that, according to Rewire, all abortion clinics must meet "minimum standards adopted for ambulatory surgical centers by September 2014" — standards that generally involve the installation of specific temperature regulating systems and the building of wide hallways that can fit gurneys. Gurneys are not used in abortion procedures, FYI, and would only figure into the picture if there was a complication which required emergency care.

Anti-abortion activists invoke these wide hallways as necessary to quickly remove women for emergency care after a "botched abortion or an abortion complication," as Texas Right To Life director Elizabeth Graham told Austin, Texas news channel KUT in 2013, when HB2 went into effect.

Let's side step, for the moment, the fact that "botched abortion" is not an actual medical term — and go back to the fact that complications from abortions are minimal, period. And the kind of extreme complications that would require emergency treatment (the kind you need to be carried out on a gurney for) are exceedingly rare. In fact, according to that 2014 UC-SF study, out of 54,911 abortions, only 126 involved major complications — that's 0.23 percent of abortions.

My Experience: I had my abortion at the Planned Parenthood closest to my house. The waiting room looked like any doctor's waiting room, and the exam room looked like my GP's exam room...a.k.a. not like an ambulatory surgical center. In fact, I was given an exam not dissimilar from the kind I got at my annual physical, which then ended with a sonogram to confirm that I was, indeed, pregnant, and far enough along to have an abortion.

Because I was having a medication abortion, I was taken to a consultation room to talk to my doctor and receive my pill. Women who were having surgical abortions were taken into a different room, which I did not set foot in. But I can tell you that no one, in the four or so hours I was in that building, was carried out on a gurney. In fact, I've passed that clinic many times in the years since, and I have not once seen an ambulance in front, or anything else that would imply a "botched abortion" that would require an emergency transfer to the ER. The only thing I've noticed while walking by is the incredibly thick bullet-proof glass on the windows.

Though there's certainly nothing inherently bad about having a doctor with admitting privileges perform your abortion, or having your abortion performed in a top-of-the-line inpatient surgical suite, it's not necessary for any woman's health or safety — it simply drives more clinics out of business, which means that it becomes harder and more expensive for women to get to them.

Many women seeking abortions are already in dire financial straits — I was, and I nearly missed my follow-up appointment in order to take a day's temp work, because I couldn't imagine how I was going to afford another day of missed work (or how I was going to pay back the money I owed my roommate for the abortion). And I was one of the luckiest ones — I had an abortion facility near my home and friends who were willing to lend me money until I got back on my feet. I was also lucky enough to live in an area where I didn't feel like I had to fear for my life simply because I entered an abortion clinic. Many women do not have this kind of privilege — a study of 779 women by the Texas Policy Evaluation Project found that 100,000 had tried to self-induce abortion at some point in their lives, because abortion access was so difficult to come by in the state. As I think anyone will agree, self-inducing abortion is far more dangerous than the narrowest hallway — and today's ruling shows the Supreme Court agrees. I hope this spells the beginning of the end of TRAP laws, which don't protect a woman's safety — they simply make her more desperate. And when you're desperate, the width of a hallway is the last thing on your mind.