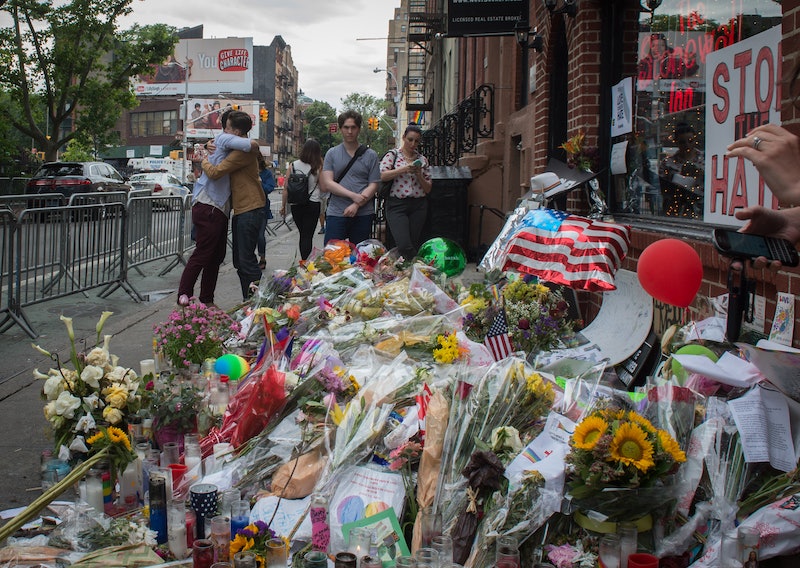 There’s been a lot of distressing news over the last few weeks, but here’s a bright spot: On Friday, President Obama designated the area around New York City’s famed Stonewall Inn as the first national LGBT monument. Obama made the announcement during LGBT Pride Month and within days of the one-year anniversary of the Supreme Court’s landmark 2015 ruling that legalized same-sex marriage.

Stonewall is a gay bar, and it’s almost universally recognized as the birthplace of the modern LGBT movement in the United States. In June 1969, it was raided by police, and while that was a sadly common occurrence at the time, this particular raid kicked off pro-LGBT riots and, ultimately, the gay rights movement itself.

“The riots became protests,” Obama said in a video announcing the new monument. “The protests became a movement. The movement ultimately became an integral part of America."

In the past, Obama has designated other gay rights sites as National Historic Landmarks, and he even gave Stonewall a shout-out in his second inaugural address. However, with today’s announcement, Stonewall is now the first LGBT site to officially become a national monument.

From a legal standpoint, the monument will include over seven acres of land, including the inn itself, Christopher Park across the street from the inn, and several surrounding streets. All will now be under the jurisdiction of the National Park Service, which handles national monuments, and it will thus have federal protection.

This wasn’t a unilateral decision by Obama. Locals had lobbied the National Parks Service to make Stonewall a national monument for some time, but only land that’s federally-owned is eligible to become part of the NPS and, thus, a national monument. Parts of the area around Stonewall were not under federal control, but in an encouraging development, officials at all levels in New York — from local community boards to the governor himself — agreed of a series of land swaps in order to make the designation possible.

"I believe our national parks should reflect the full story of our country -- the richness and diversity and uniquely American spirit that has always defined us, that we are stronger together,” Obama said when announcing the monument. “That out of many, we are one.”

The monument will be officially unveiled in a public ceremony on Monday, June 27. That's almost 47 years to the day after the original Stonewall raid.