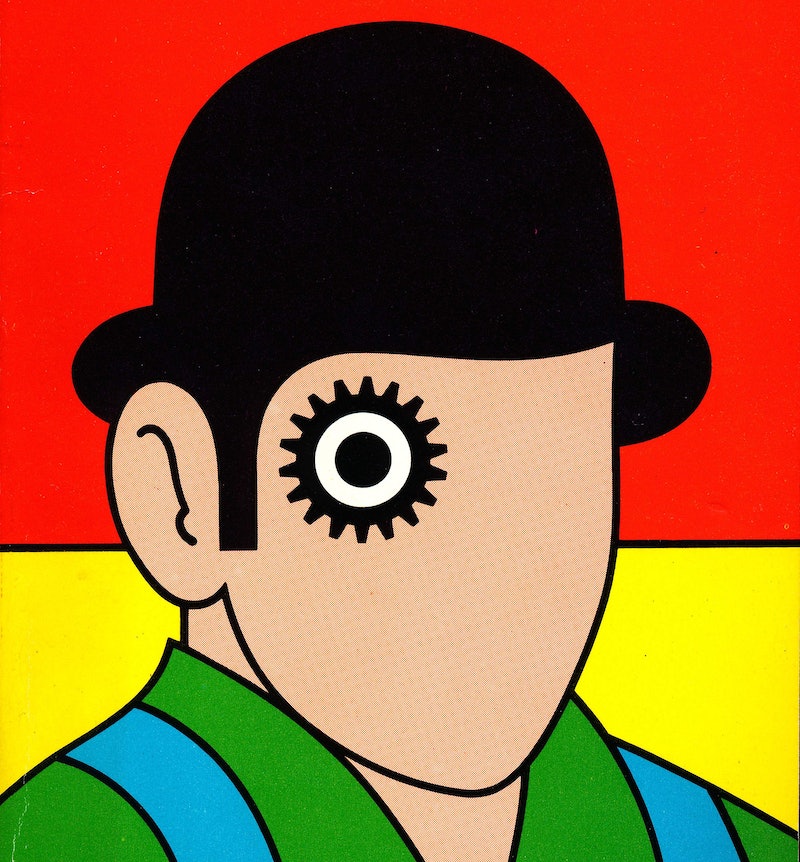 Unless you've been living in an actual cave, you probably know that the United Kingdom voted to leave the European Union on June 23, sparking a political and economic separation dubbed the Brexit.

The announcement of the results set off a chain of events that will shape the UK's course in international politics. Prime Minister David Cameron, who had campaigned against his country's break with the E.U., announced his resignation. Scottish politicians, whose people overwhelmingly voted to remain in the E.U., are now considering a second referendum — this one on Scottish independence. The remaining E.U. nations have stated that they want to make the Brexit as swift as possible.The nation has already seen the pound weaken in the days since the Brexit vote, and could face job cuts, unstable trade relationships, and travel restrictions for its citizens.

The members of the "Stay" campaign forecast the Brexit as a kind of dystopia that would plunge the UK into economic turmoil and xenophobic isolationism. But those themes aren't limited to campaign materials — they've also showed up on the pages of novels and short stories. After all, the dystopian genre shot to fame as a result of British writers like H.G. Wells and George Orwell. The following books and short story collections portray the UK as a frightening, destitute, or war-torn nation — which is not what's happening right now out in the real world, but hey, sometimes life imitates art (though let's hope it doesn't.)

Hopefully, what happens to the characters in these works of fiction will remain between the book covers:

I'd be remiss if I didn't start out this list with one of the most famous dystopian novels ever written. This classic details the life of Winston Smith, an editor at the Ministry of Truth in what was once England. Now, however, constant warring has fused the world's nations into three supercountries. London, where Winston lives, is part of Oceania, a state controlled by ominously-titled Big Brother. As a worker at the Ministry of Truth (or "Minitrue," as it's referred to in Oceania's Newspeak), Winston must revise historical records to align them with Big Brother's political aims. He also deletes mentions of "Unpersons," or individuals who have been kidnapped and killed for various crimes against the state. Eventually, though, he begins to question what's really behind the documents he sifts through every day... and that's when his trouble begins.

H.G. Wells is credited with the popularization of sci-fi featuring time travel, and it's largely because of this book. The protagonist, known as the Time Traveller, is an English inventor who's managed to construct a machine capable of transporting him through time, the fourth dimension. He travels to 802,701, where humanity has evolved into two distinct humanoid races. The first, the Eloi, are delicate and small, and spend most of their time playing or eating. The second, the Morlocks, live beneath the surface of the earth, where they produce all the things the Eloi need to live. As the Time Traveller tries to make sense of their society, he realizes just how terrifying humanity's descendants have become.

This heartrending book, one of Ishiguro's best, seems more or less normal at the start. Kathy, the main character, is a "carer" who looks after "donors" as they recover from operations. She spends most of the book reflecting on her time at Hailsham, the English boarding school she attended as a child. Hailsham was where she met her oldest friends, Ruth and Tommy. Both Ruth and Kathy have had feelings for Tommy during various stages of their lives, and the book explores the complex web of emotions tying the three of them together while guiding the reader to the eventual realization that Hailsham hid much more than Kathy realized as a little girl. Part romance, part dystopia, and part tragedy, Never Let Me Go will wreck every single one of your feelings.

You probably read this one in high school, right? Better give it another look now. It's worth the reread: Huxley's description of London society in the year 2540 (632 A.F., or "After Ford," in the book), will chill you while urging you onwards. In Brave New World's World State, humans belong to one of five castes: Alphas, Betas, Gammas, Deltas, or Epsilons. Alphas are the most intelligent and given the best jobs, while the lower castes are stunted both physically and mentally during development. This, along with childhood conditioning and a wonder drug called soma, makes almost every citizen of London content with his or her life. But Bernard Marx, a sleep specialist at the Central London Hatchery and Conditioning Centre, doesn't fit in with the rest of the Alphas. When he visits the Savage Reservation in New Mexico, he discovers Linda, a woman from the World State who was left there when she accidentally became pregnant. Her son, John, has never lived among his mother's society. Bernard takes Linda and John back to London, where John tries to navigate life among a people he can't understand.

In 1994, or "Year Omega," human males stop producing sperm and can no longer reproduce. As the world careens toward a population bottleneck, the last humans to be born ("Omegas") are treasured and coddled. Dr. Theo Faron, an Oxford don, keeps a diary of humanity's downward spiral in 2021. His cousin, Xan Lyppiatt, has seized control of the UK's political system and turned it into a totalitarian dictatorship. Theo is approached by the Five Fishes, a rebel group who wants to return the UK to a democracy. As he tries to decide what to do, the rest of society tries to cope with the idea that no living human may ever be born again - until Theo and Xan are confronted with a single ray of hope.

6. A Clockwork Orange by Anthony Burgess

When I was little, my parents took me to the library every week so I could pick out a few books to plow through over the next seven days. A Clockwork Orange is the only one they made me put back. At 11, I was pissed, but I now understand why they wanted me to wait a few years before delving into Burgess' bleak and savage story. The protagonist, Alex, is an English teenager living in the near future who commits random acts of violence with his opportunistic friends. Addled by futuristic drugs, he and his gang beat, stab, and rape their way across England. Eventually, Alex is arrested for his crimes and conditioned in prison using aversion therapy. When he emerges, homeless, he's taken in by one of his own victims, who doesn't recognize Alex. Alex's life continues to spiral out of control, bringing misery and pain to those he encounters. This is a book you can't put down - not because you want to keep reading, but because the story won't let you go.

7. The White Mountains by John Christopher

This one I did read around 10 or 11, and it scared the dickens out of me. Christopher's young adult series, which begins with The White Mountains, tells the hair-raising tale of Will, a thirteen-year-old living in an English village. His life, and the lives of everyone else on the planet, is controlled by the Tripods: enormous, three-legged walking machines controlled by creatures that humans can't see. On their 14th birthdays, children are implanted with a device that places them under Tripod control. Will is looking forward to his "capping" ceremony until he discovers what being controlled by the Tripods really means. He joins the resistance, plotting a takedown of the Tripods that takes him through a trilogy's worth of adventures. I used to have nightmares about Tripods invading the planet, so read only if you're prepared for a scare or two.

8. The Memoirs of a Survivor by Doris Lessing

If you're looking for a feminist take on the British dystopia, The Memoirs of a Survivor is the story for you. In Lessing's tense but surreal novel, a disaster has broken down the familial unit as the core of society. Survivors of the unspecified disaster now live in loose groups. The narrator, who is never named, takes in a teenage girl named Emily Cartwright, as well as Hugo, Emily's cat-dog creature. Through steady concentration, the narrator can transcend space and time, an ability she uses to examine Emily's past. Eventually, the narrator creates a portal into another dimension, which she and her bizarre new family use to escape the world in which they were born. What makes the book even more fascinating is that Lessing, a Nobel prize winner, considered The Memoirs of a Survivor to be an "autobiography in dreams."