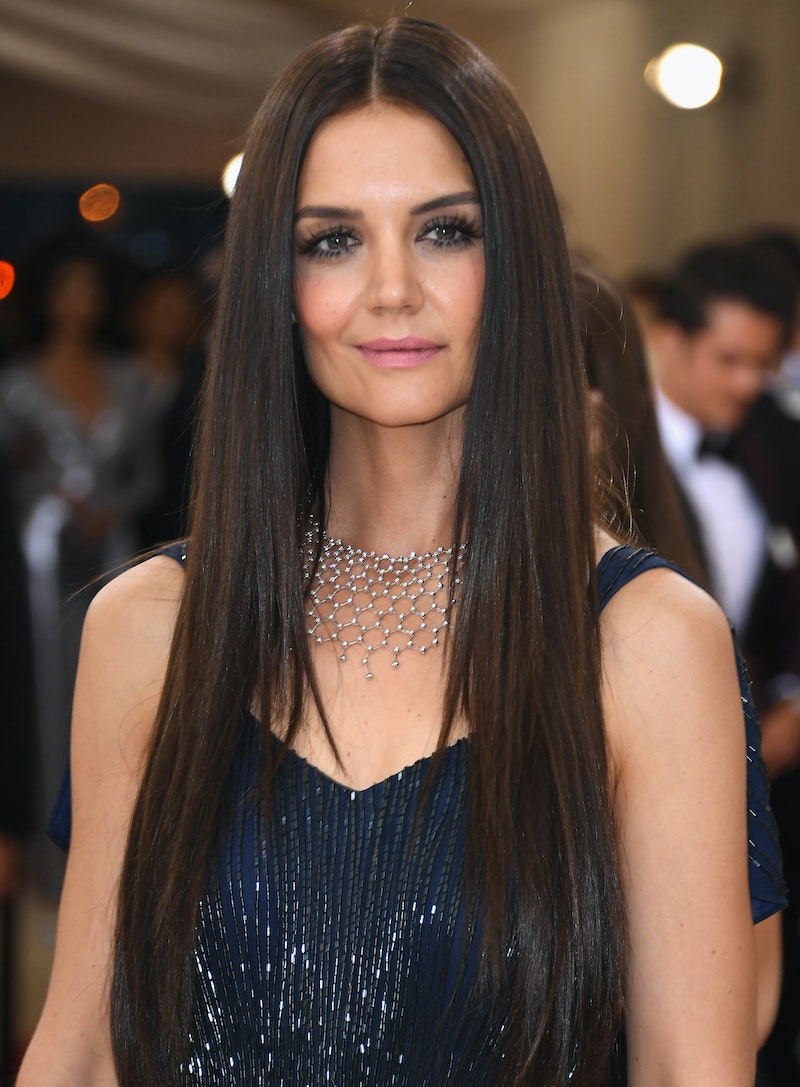 This actress is such a classic beauty. She’s never done anything terribly crazy to change up her look, and why would she when she can pull off such a low-maintenance style so well? Katie Holmes debuted a bob cut on Instagram, and knowing how she's not one for major beauty transformations, it begs the question is her new short 'do real? It seems as though Holmes is not the latest member of the bob club, although, she should seriously consider going short full-time.

You could immediately tell that her bob was faux because she included “#wig” in the caption. Thanks for not leaving us wondering, Holmes. According to InStyle, this temporary hair change appears to be a part of her role in the TV miniseries The Kennedys: After Camelot. She does, however, look absolutely incredible with chin-length hair, so I’m thinking she may need to go ahead and make the chop, you know, now that it’s summertime. What a better way to beat the heat? Someone put me in touch with Holmes’ hairstylist, stat!

When it comes to hair length, this woman has kind of done it all. She’s had extremely long strands, a lob cut and even a bob once. Of course, her stylist confirmed that was a wig, too, but still. She’s not afraid of rocking the look for a short time-period — I’d just love to see her fully commit, wouldn’t you?

She can definitely pull off such a fun and playful hairstyle.

A shoulder-length 'do's not bad, either.

A little wavy lob action? She doesn't mind if she does!

This blunt bob wig is just fantastic. It definitely wouldn't be difficult for her to own this look, IRL.

When you've got that much style and grace, you can pretty much wear any hairstyle you'd like, but I'm officially casting my vote to see her with a real bob cut in 2016.