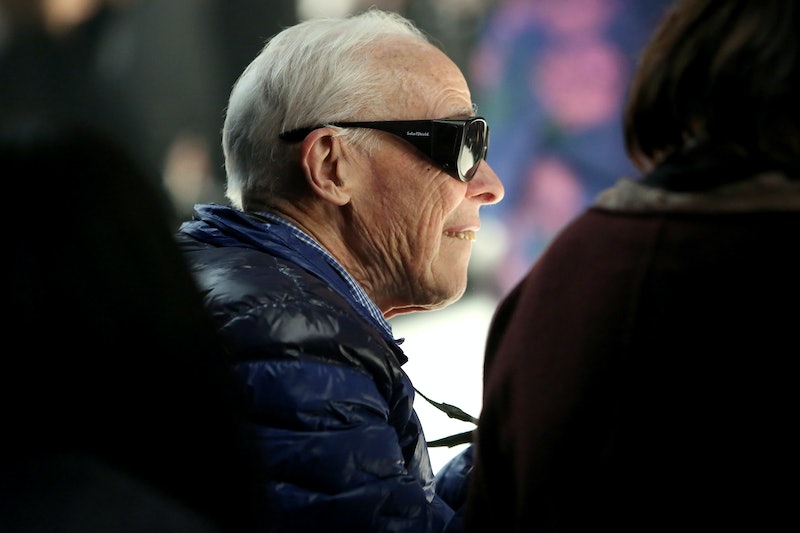 On Saturday evening, legendary fashion photographer Bill Cunningham died in New York at age 87, The New York Times reports. Cunningham had recently been hospitalized after suffering a stroke. Cunningham worked as a street style photographer at the Times for nearly 40 years, during which time his signature, bright blue jacket became an iconic, cheerful sight in the sea of black clothing so popular among the NYC fashion set.

Cunningham dropped out of Harvard in the middle of the 20th century and moved to New York to start a millinery salon, Vogue reports. It was there that he started to rub elbows with The Big Apple's elite, creating hats that were famous throughout the city. Cunningham's career as a style reporter started at the Chicago Tribune and Women's Wear Daily. He started his weekly On The Street column at the New York Times in 1978 — and men and women alike have been dressing in hopes of having Cunningham spot them ever since.

Whether you were Anna Wintour or a particularly well-dressed blogger, to be photographed by Bill Cunningham was an honor. His quiet, light hearted presence in the front row of fashion shows will be truly missed.