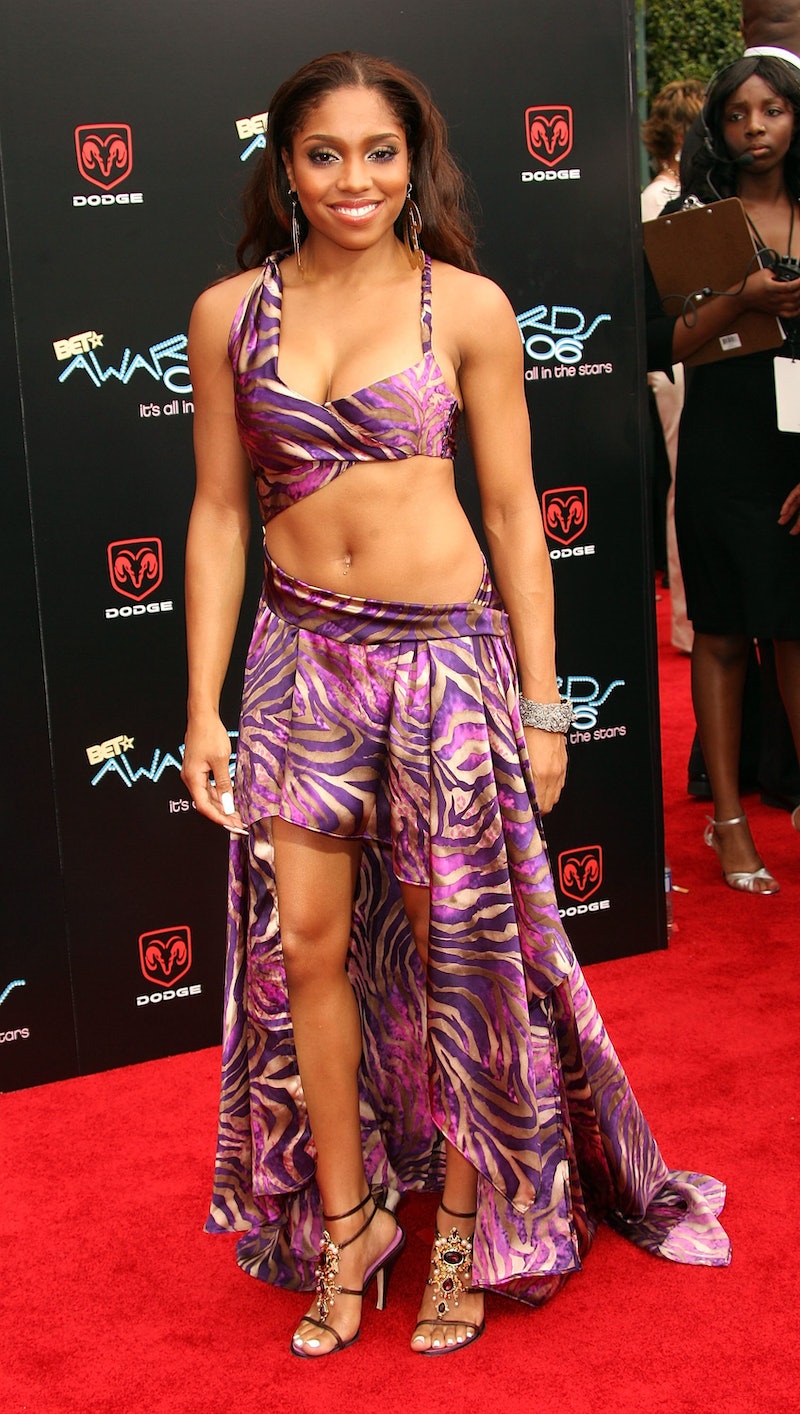 Another weekend, another awards ceremony. This time, it's the much-anticipated 2016 BET Awards. We can obviously expect amazing red carpet looks, a hilarious hosting job from Black-ish stars Anthony Anderson and Tracee Ellis Ross, as well as some stellar performances from Young Thug, Stevie Wonder, Alicia Keys, and more. There's no doubt in my mind that alongside the talent, the fashion at the 2016 BET Awards is going to be exceptional. But it hasn't always been that way.

Looking back only 10 years ago, there are a hell of a lot of outfits that would top every "worst dressed" list if they were rocked today. But hey, it was 2006 and most celebs — hell, most of us — didn't know any better. The earlier millennium was an entirely different time with entirely different sartorial rules (if you can call wearing anything and everything at once a fashion rule, that is).

Still, some of these early '00s outfits are brilliant because of how well they encapsulate the style of the time. They may not be straightforwardly in vogue by today's style climate, but they perfectly portray the rules of fashion — or lack thereof — from the noughties. When contemplating who I might crown the wearer of the most early '00s outfit ever worn at the BET Awards, there were a lot of looks to pick from. But singer, actor, and model Brooke Valentine stole the 2006 show with one particular ensemble.

Valentine might have rocked the most early '00s BET Awards look because she was truly an early millennium celebrity. Although the singer produced two singles in 2012 — "Forever" and "Don't Want To Be In Love" — not much has been heard from her in the time since.

Her heyday was arguably when the hit "Girlfight" ranked high in Billboard charts the world over in 2005, which makes this all-purple ensemble make all the more sense. Valentine was living the high life in 2006, and her luxurious but still totally early '00s look reflected that.

From the purple bra to the matching low-waist, floor-length skirt, the singer's patterned co-ord probably wouldn't look that amiss now if it evolved into a higher-waist and a longer crop top. That said, what makes it work is definitely the early millennium vibe of showing as much of your midriff as possible.

By simultaneously rocking a split front and a long train, this outfit embodied early '00s glamour in every sense of the term. It was "flirty and fun," as I'm sure fashion critics called it at the time. And who knows? Maybe 10 years later, someone will reprise a similar look for the 2016 BET Awards.