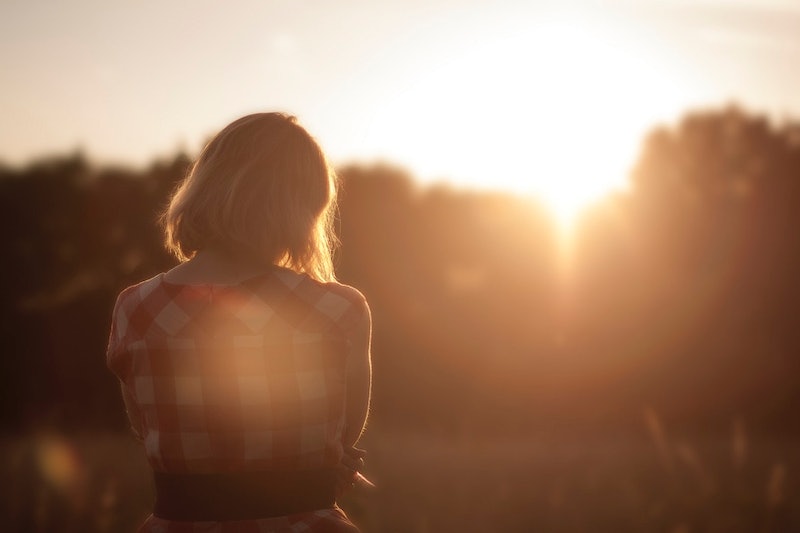 Does it sometimes feel that you can’t help but to give yourself a hard time? Many of us can probably agree there are times when we’re incredibly hard on ourselves. The signs you’re being too hard on yourself might be staring you right in the face, and you might not even realize it. The problem is that if we beat ourselves up too much it can make us a whole lot less positive, and we can start to wear ourselves out with all of that negativity. In this article, we'll talk about some of the signs to look out for, and then — importantly — how to stop the behavior in its tracks.

How many times have you felt guilty about something in the past week? Unless you’ve been out on the streets committing a ton of crimes or something (which I sure hope isn’t the case), if the number of times you’ve felt guilty in that timeframe seems way too many to count, you might just be in full-blown self-critic mode. I’m admittedly guilty of always feeling guilty. I let the feeling take over and won’t let go until there’s something else that pops up for me to feel guilty about. At the end of the day, I’m left having wasted giant chucks of time feeling this way for no good reason. This is one of the primary ways we show we’re being overly hard on ourselves. There are several other important signs, too, so let’s get to it. Here are 11 signs you’re being too hard on yourself, and how to stop.

Check Out: Positive Thinking in a Negative World , $3, Amazon

1. If You Make A Mistake, You’ll Dwell On It Forever

When I make a mistake — particularly one at work — I tend to beat myself up about it for days. The reality is that we’re all human, and no matter who you are, you’re going to make a mistake at one point or another. It’s how we deal with it that’s telling. If you’re like me and tend to dwell on your mistakes for what seems like eternity, you’re being way too hard on yourself. According to INC., when we make mistakes, it’s part of our learning process. Think of the mess-ups as ways of bettering yourself and/or your work in the future.

2. You Focus On What You Haven’t Accomplished

Sure, you have a Master’s degree, you’re teaching at one of the top schools in your state, and you just bought your first home. However, instead of being proud of where you’ve gotten so far, you tend to focus on all of the things you haven’t accomplished yet. While, of course, it’s always good to have continuous goals, it’s also important to give yourself a moment to stop and give yourself a pat on the back for what you’re achieved so far. Huffington Post columnist and founder of the international self-love movement Christine Arylo wrote when we’re being too hard on ourselves, we forget to pause and celebrate our successes before moving on to the next goal.

3. You Tend To Dismiss Your Own Ideas

If you’re the type to come up with a great idea and then immediately dismiss it — this point is directed right at you. According to TheMuse.com, when we’re being hard on ourselves we’re likely to shoot down our ideas, perhaps even before we’ve shared them with others. Why? The outlet said we might subconsciously have a sense of fear in sharing them, and don’t want to come off as too aggressive. Chances are your idea(s) might just be awesome, though.

4. You Let Guilt Eat You Up

You feel guilty about everything... and I mean everything. Let’s say you had to cancel on plans because you came down with the flu. Even though the sickness was completely out of your control, you’ll still feel terrible about it. Cosmopolitan UK noted guilt is one of the main emotions we’ll feel when we’re being too hard on ourselves. It can be over something big, or something super small, but the feeling seems to be with you all the time.

5. You Tend To Speak In Negative Terminology

Are you the type to speak in negative and/or critical terms more often than in positive terms? For instance, you’ll make a trip to the grocery store and you’ll come home complaining that it was the “worst experience ever” because the lines were too long. Pay close attention to the language you use and how you speak about things, as this can surprisingly speak volumes about how hard you are on yourself, according to MindBodyGreen.com. Negative language, whether you realize it or not, makes you feel shame, the outlet noted.

6. You Focus On Things You Cannot Change

There are certain things that we all know are completely out of our control (e.g., other people’s feelings). However, for those who are too hard on themselves, they’ll tend to make a mission out of trying to change the unchangeable, according to TinyBuddha.com. When they’re unable to change said circumstance, they’ll beat themselves up over it big time.

7. You’re Constantly Comparing Yourself To Others

There’s always going to be someone out there that is just a tad smarter, a bit wealthier, a dash prettier, and so on. However, it’s when we look at these people and start to compare ourselves to them that a problem comes into play, according to INC. Comparing yourself to other people is never going to end up making you feel good... because you’re not them.

8. You Can Never Take A Compliment

Someone compliments you on your new haircut and without pause you respond, “Really? I hate it.” According to Women’s Health, those of us who are hard on ourselves tend to have a voice inside our heads that partakes in negative self-talk at times. When someone gives us a compliment, it contradicts what we’ve been telling ourselves internally, and therefore our initial reaction is to shoot down the compliment.

9. You Rarely Feel Good About Yourself

According to Cosmopolitan UK, when we’re always focusing on how inadequate we are, we’re being way too hard on ourselves. The notion of not being good enough might stem off that negative self-talk we just discussed — and it certainly it’s certainly something to rid ourselves of. Also, many times when we’re able to acknowledge that we’ve done something good, we’ll chalk it up to good luck instead of hard work.

10. You Rarely Do Anything Nice For Yourself

Because you’re internally down and out about yourself, you might also notice you haven’t done anything nice for yourself in a while — perhaps because you don’t believe you deserve it. According to Jordan Gray, relationship coach and force behind www.JordanGrayConsulting.com, this could mean skipping out on down time in any of its forms (e.g., a vacation, a massage, a yoga class, etc.). Why? According to Gray, it could be because your inner self-critic makes you feel like you’re unproductive if you’re using your down time for such activities.

Stop and consider your mood. Are you cranky right now? Were you cranky for the majority of the day yesterday? What about the day before? Arylo cited being cranky as a sign you’re being too hard on yourself. This, she noted, is because the pressure you’re putting on yourself internally is spilling over externally. Arylo wrote, “Crabbiness is a sign that your soul is starving for play and pleasure.”

You’ve determined you’re definitely someone who gives themself way too difficult of a time, so now what? There are ways to cut back on the behavior and get yourself to a good, positive place. Health spoke to Ashwini Nadkarni, MD, a psychiatrist at Brigham and Women’s Hospital, who suggested beginning by treating yourself with the same respect and kindness as you would a friend. Would you bash a friend’s new haircut? No way. Nadkarni also suggested focusing your attention away from self-critical thoughts. If you’re feeling guilty about canceling that dinner plan when you were sick, stop focusing on the guilt, and turn your thoughts to scheduling a new plan with that friend. Finally, Nadkarni said we can all work towards treating ourselves with more kindness by keeping a journal to house positive words about even the most negative things that happen (finding the silver lining, so to say).

If you’re someone who tends to be super hard on yourself, you’re not alone. However, by nixing some of these little habits you can make strides to feeling good about yourself, and acing the whole self-love thing.

More like this
The Spiritual Meaning Of Angel Number 000, Explained
By Kristine Fellizar
These 4 Zodiac Signs Will Be Extra Lucky In October
By Brittany Beringer
Here’s Why Sagittarians Should Pursue A Career In Academia
By Nina Kahn
Isa Guha Is Taking The Lead
By Charlie Mock
Get Even More From Bustle — Sign Up For The Newsletter