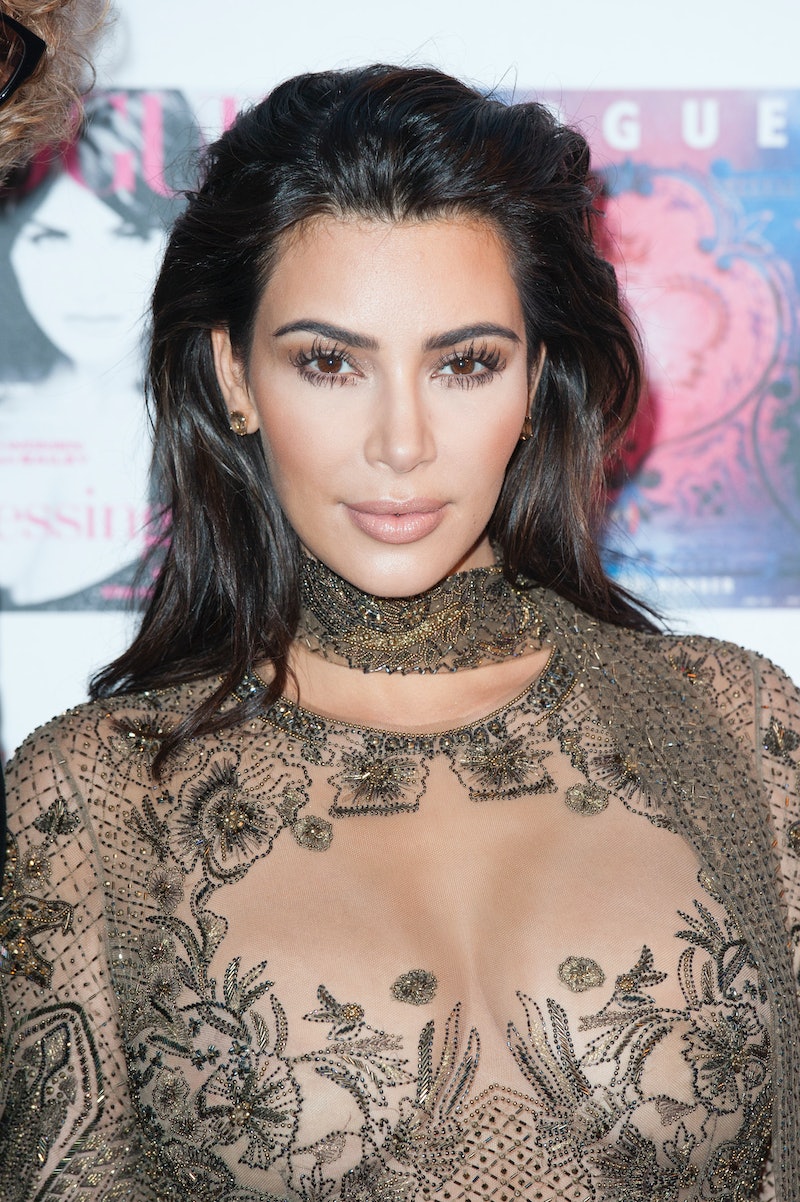 We are one week away from the Fourth of July (whoa — can you believe that?), and if there is one thing that can make your holiday even better, it's absolutely new, patriotic Kimojis. According to Us Weekly, Kim Kardashian released new Kimojis themed to the upcoming holiday, and I mean, fireworks are cool and all, but they have nothing on a 'Pablo' swimsuit emoji. Wait for it.

Kardashian has already been pretty successful with her line of Kimojis, but the latest additions to her already amaze offerings may be some of the best. Given that the Fourth of July is right around the corner, Kim took to her app on Monday to give us all a little pre-celebratory present: patriotic Kimojis. And they are everything.

"Surprise!!! With July 4th just around the corner, I thought you guys might want some fun new KIMOJI to play around with for the holiday," Kardashian wrote. So what can you expect? "We've added sparklers, fireworks and tons more Americana-themed KIMOJI and GIFs!" Kim wrote. There's a surfboard, FREEDOM word bubble, platinum-haired Kim in a patriotic hat, a grill, a bomb pop, and, my personal favorite, a 'Pablo' swimsuit, among others. Too good.

And she also released animated Kimojis, all designed by IMVU.

At this point, she's totally spoiling us. And Twitter totally agrees.

They're particularly stoked on the GIFs.

Clearly, the people are pleased. If you haven't jumped on the Kimoji bandwagon already, head over here to download the app and install the keyboard now. You won't be disappointed!