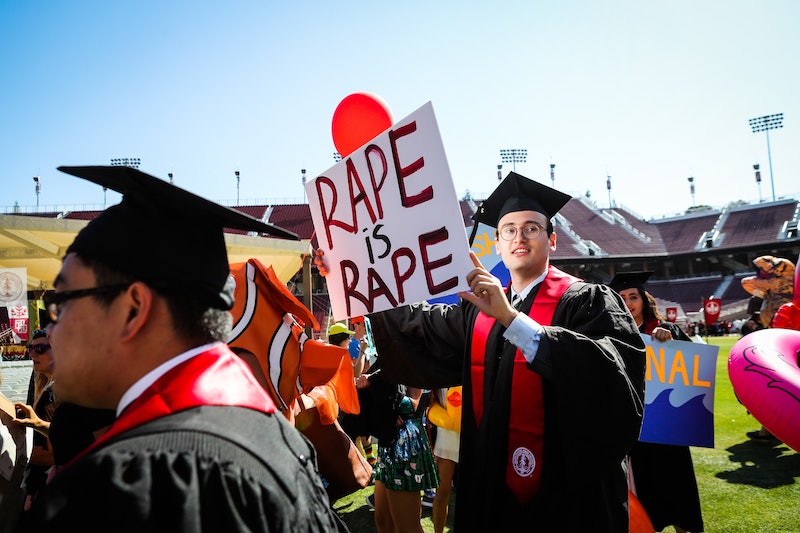 In January 2015, two passersby spotted Stanford swimmer Brock Turner on top of a motionless woman behind a dumpster outside a fraternity house. Aaron Persky, the California judge who presided over Turner's sexual assault case, bestowed upon him a six-month jail sentence and probation, fearing that a longer sentence would have a "severe impact" on his psyche. Interestingly, Judge Persky issued a prison sentence of three years in a 2014 case with similar circumstances, in which the convicted party, Raul Ramirez, an immigrant from El Salvador, plead guilty to felony sexual penetration by force.

Although this is the minimum sentence for that specific offense, it is much harsher than Turner's sentence, especially since his sentence was eventually reduced to three months. Furthermore, Turner, though convicted of three felony assault charges, admitted to sexual contact with the woman, but insisted it was consensual. Turner, however, had the added benefit of being a natural-born American citizen with friends and family members who were able to pen letters of support to help his case and his reputation.

Just like Turner, Ramirez had no prior criminal record. And just like Turner, Ramirez plead guilty of digitally penetrating a woman for five to 10 minutes without her consent. One of Ramirez's lawyers speculated that the difference in sentencing likely came from one particular distinction between the two cases, according to The Guardian. Ramirez’s victim was conscious during the attack, which California law treats as a more serious offense, while Turner's victim was unconscious. The basis for that discrepancy is most likely that a conscious victim could give more accurate testimony, though not all legal sources agree that the consequences necessarily vary.

So in the case of Ramirez — though his sentence is not yet formalized — could Judge Persky's ruling have any relationship to his citizenship and lack of privilege, or is it based on the consciousness of the victim? Could Persky have simply felt sympathy for Turner that he did not feel for Ramirez? Whatever the situation, these two cases are strikingly similar in nature, and people will certainly seek a proper explanation, especially considering the widespread public outrage over Turner's sentence.

Following the contentious Turner case and ruling, many national calls for Judge Persky’s removal occurred. In fact, over 1.2 million people signed a petition to remove him from office. The Ramirez case may or may not revitalize these efforts.

Editors note: This post has been updated from its original version.