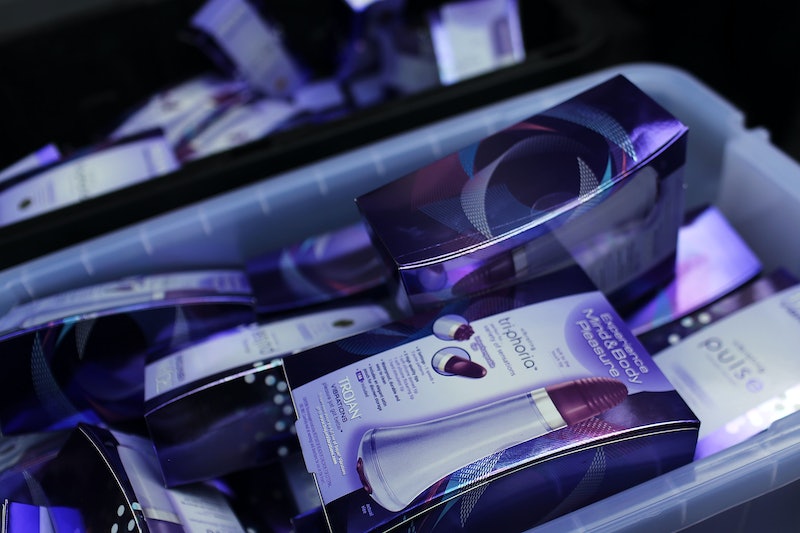 I certainly don't think so, but some women seem to disagree. Often, when I say I don't like vibrators, women seem to assume that I simply haven't tried one, or that I tried the wrong one, or that I have old-fashioned views about female sexuality. In reality, none of those things are true. I'm a strong advocate for female pleasure, and I want us all to live in a sex-positive environment. Which is exactly why I defend my right not to enjoy vibrators so vehemently.

Although I'd always been just fine without one, vibrators intrigued me because so many women I knew spoke of loving them. I wondered if there was a new level of solo-sex I could reach with the help of a toy.

A large part of my distaste for vibrators is the way that they feel. For me, they're too intense (even on lower settings) and too, well, mechanical for my liking. The buzzing sensation seems clinical and reminds me of lying in the dentist's chair getting my teeth electronically cleaned. I just don't find them sexy.

One friend [...] insisted we go on a field trip to Babeland. Even the well-groomed gay salesman took me up as a personal challenge: “Well, we’re going to have to fix that for you!” It sounded dauntingly familiar.