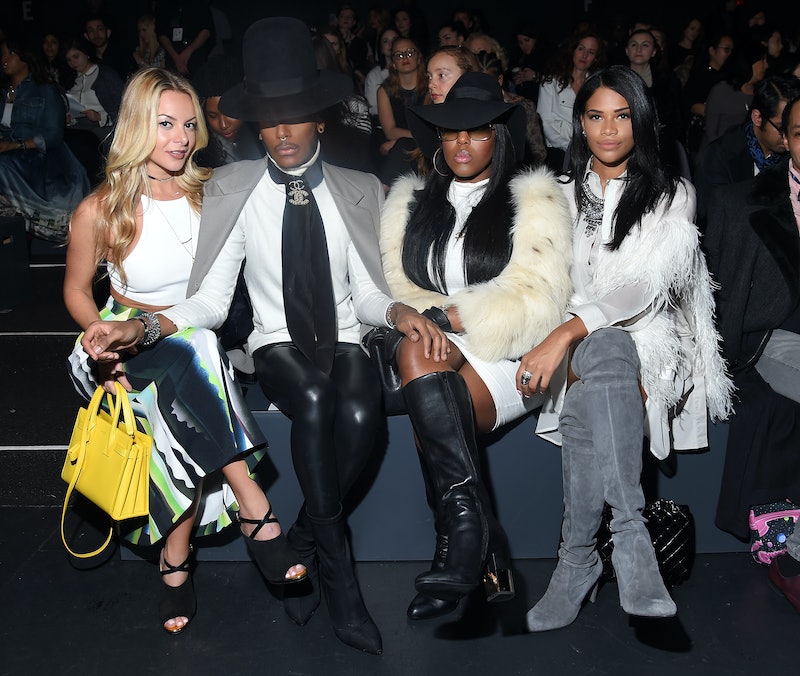 It's always cool when you can witness the moment that someone gets their big breakout. On the BET's new series, F in Fabulous, which premieres on June 28, four people are looking to make it big in the world of entertainment and fashion: Kamie Crawford, Eny Oh, Savannah Lynx and Stephon Mendoza. But the Big Apple can be tough, so, do you think they'll make it? Maybe knowing a little bit more about them will help. For example, who is F in Fabulous star Stephon Mendoza?

Mendoza, who sometimes goes by Steph, is a Harlem resident and aspiring fashion designer. He tells the New York Post that Crawford was the one who got him on the show. “She was supposed to be on another reality show but they thought that she would be great [for this],” he told the paper. “So they asked her if she had any fabulous friends and she mentioned me. After a bunch of interviews they asked me to come on ... As a young artist, you’re always trying to figure out how to get your name out there, and the fact that I was doing this with my friends makes it even better.” So sweet! Here's what else we know about him so far.

And a splashy one at that. "Mendoza is known on the FIT campus for his over-the-top style," the same Post article notes, adding he "describes his style as 'a kind of a balance of minimalism and avant garde.'"

And He's Got Cred

According to an interview in Sincerely Yari, Mendoza received AAS in fashion design in Florence, Italy and working with the Creative Director for Salvatore Ferragamo. In the same Q&A, he lists his fashion influences as Grace Jones and Tilda Swinton. I am nowhere near as F-in-Fabulous as Mendoza, but Swinton is also one of my personal heroes, so we have that in common...and probably nothing else.

Zendaya Is A Fan

Or at least one of her stylists is. She recently wore one of his pieces on the cover of Kode Mag .

He's Known For His Hats

Just scroll through is Instagram feed, and you'll see a lot of fashionable headgear. Under the hats, though, he revealed to Sincerely Yari that he's got "a mohawk of long dread locks" that he's been growing for about a decade.

If you need a giggle, just look at his Twitter account. There's an excellent use of GIFs there.

Mendoza tells The Jasmine Brand that F in Fabulous will let viewers see his daily struggles."We’re sharing things that people usually just don’t talk about," he says. "I feel like people can see the group of us and say 'Wow, there’s a singer, a model, an entrepreneur and a designer all living in NYC…what do they have to worry about?' We’re sharing what is behind it all and how we go trough these trials as friends." That sounds better than those reality show casts that just try to cut each other down.