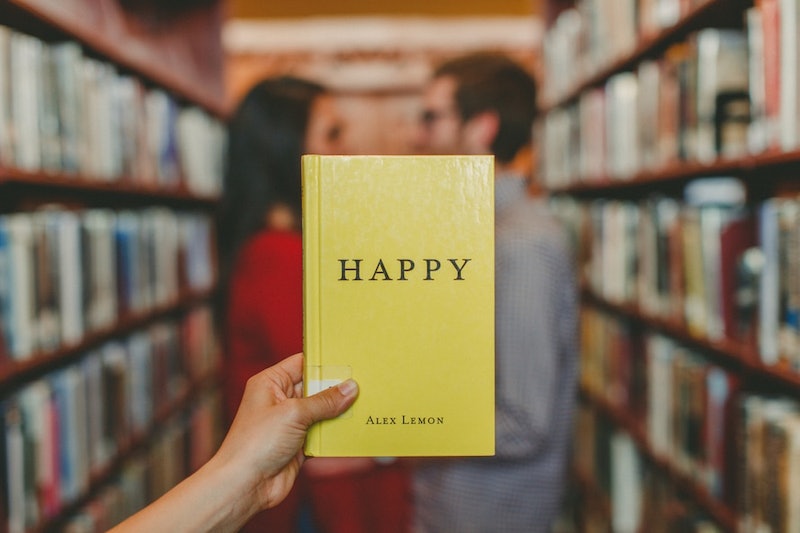 Who doesn’t want to be happy? Likely, no one will raise his or her hand for that one. I’m not sure about you, but I spend a lot of time thinking about happiness and its intricacies. Some scientific facts about happiness have struck me as particularly interesting. I’ve rounded them up for you here, and hopefully you’ll find them to be as intriguing as I do.

I used to always think that people are either the type to be generally happy, or are the type to be generally unhappy, and that there was little that fell in between. The truth is that there is a whole lot more to the emotion of happiness than that. They are so many subtopics to consider when we think of happiness. For instance, there are benefits happiness can have on our bodies. They are also different ways to discuss by which we can achieve happiness. Oppositely, there are times of the year that trigger unhappiness, and colors that trigger it too. Happiness, overall, is such a complex notion that it’s been studied up and down for years. What does that mean for us? That we're now equipped with plenty of scientific bits of information on happiness that are soundly based in research, and that can help us all to better understand what it really means to be happy. Put on a smile, grab a seat, and let’s talk all things happiness. Here are 11 scientific facts about happiness that you’ll want to know.

1. Happiness Has Power Over Your Immune System

Being happy doesn’t just sound like a pleasant thing, it can be a pleasant thing for our bodies, too. Specifically, happiness can help boost our immune systems. Research published in the journal Psychosomatic Medicine found people who have more positive emotions are less likely to develop the common cold. Just one of about a million reasons to put a smile on your face today.

When it comes to happiness, by making others happy we can make ourselves happy, too. According to the Huffington Post, performing good deeds is one of the fastest ways to get some happiness into our own lives. The outlet noted multiple studies have shown people who donate to charities, for instance, will feel happier thanks to a trigger of feelings of reward. The studies go on to find the brain is then also encouraged to do more good things.

3. Some Extent Of Happiness Is Inherited

If you’ve ever assumed happiness is something that’s completely in your own control, think again. According to researchers from the University of Minnesota, a portion of your happiness is inherited. The researchers performed a study on pairs of identical twins, and found that at any given time about half of their happiness was correlated to genetics.

4. Floral Scents Can Make You Happy

Ever hear someone say, “Stop and smell the roses”? It might not be a bad idea. According to a study by Rutgers University researchers, those who are exposed to floral scents are about three times as likely to be happy. Seems like a simple enough way to boost your mood, if you ask me.

5. Happy Are Those On Hourly Wages

Yet another interesting fact — those who are paid by the hour at their job versus making a set salary report being happier, according to a study from the journal Personality and Social Psychology Bulletin. Why? The researchers theorize this could be because employees are able to better focus on the worth of their time in each paycheck, thus promoting happiness.

6. Relationships Are More Important Than Money

Sometimes I wonder if money can really buy happiness after all. It seems relationships outshine money, though, according to science. Fast Company reported on a study from the Journal of Socio-Economics that found relationship satisfaction (romantic or platonic ones) played more of a role in happiness than $100,000 would.

7. Bright Colors Can Brighten Your Day

I tend to wear dark, dull colors a lot and — now that I think about it — when I do I tend to be a little more mopey than I would otherwise feel. I’m not the only one. According to a 2010 study out of the journal BMC Medical Research Methodology, bright colors go hand-in-hand with happiness. This is especially true of yellow, the study found, as happier people favor that color. Oppositely, gray was most closely associated with anxiety and depression in the study.

Happiness as a pain reliever? Yup. A 2005 study published in the Journal of Consulting and Clinical Psychology looked at women who suffer from arthritis and chronic pain. According to the study, those who experienced more positive emotions — happiness, enthusiasm, etc. — were less likely to experience pain.

9. Being Outside Can Make You Happier

The world outside of your office can be such a happy place. According to a study published in the journal Global Environmental Change, being outdoors makes people happier. The ideal spot for happiness is an outdoor spot near the water when the weather is warm, according to the study.

10. Women Are More Prone To The Holiday Blues

Let’s flip the happiness coin and talk about unhappiness for a moment. You may have thought the “holiday blues” were a myth. However, turns out plenty of people get them, especially women. According to a survey conducted by Greenberg Quinlan Rosner Research, a whopping 44 percent of women get the holiday blues. This is in comparison to 31 percent of men.

Here’s a bit of wonderful news: Happiness is infectious. According to a study out of the British Medical Journal, we can feel happy just by being around other people who are happy. Happiness, the study therefore claims, is contagious. If someone is happy, they can make us happy, and we can in turn make someone else happy. It can go on forever.

Happiness is something that has been researched every which way, resulting in some incredibly interesting findings. Now off you go to hopefully spread a little happiness to those around you today.