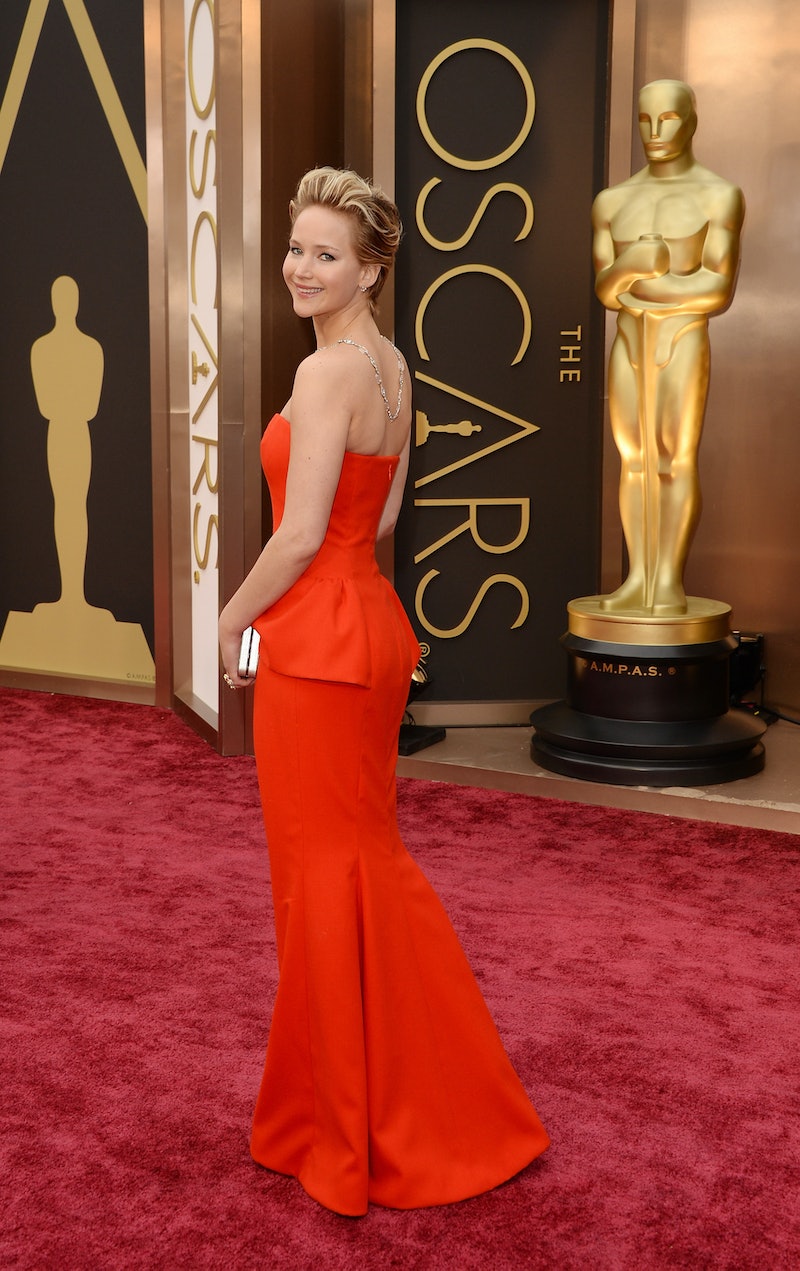 Remember that time Jennifer Lawrence fell down on her ascent to the stage to accept her Best Supporting Actress Oscar? It was adorable, endearing, etc. Good times. And it happened again! As seen on E!'s red carpet coverage for this year's Oscars, Lawrence tripped pretty much instantly upon arrival. And yes, spoiler alert: It was just as endearing as last year, even after a year of overexposure and general exhaustion.

Lawrence has talked about the fall since it happened, blaming, well, cake:

I was at the Oscars, waiting to hear if my name was called, and I kept thinking, Cakewalk, cakewalk, cakewalk. I thought, Why is ‘cakewalk’ stuck in my head? And then, as I started to walk up the stairs and the fabric from my dress tucked under my feet, I realized my stylist had told me, ‘Kick, walk, kick, walk.’ You are supposed to kick the dress out while you walk, and I totally forgot because I was thinking about cake! And that’s why I fell.

This time Lawrence seems to have gotten caught in a general tangle of assistants and publicists and general red carpel hullabaloo (AKA her dress doesn't seem to be to blame), and she seemed a tad less traumatized by the fall than she was when it took place in front of the entire Academy — she laughed it off and, like last time, got right back up.

You can witness a bit of the moment below: